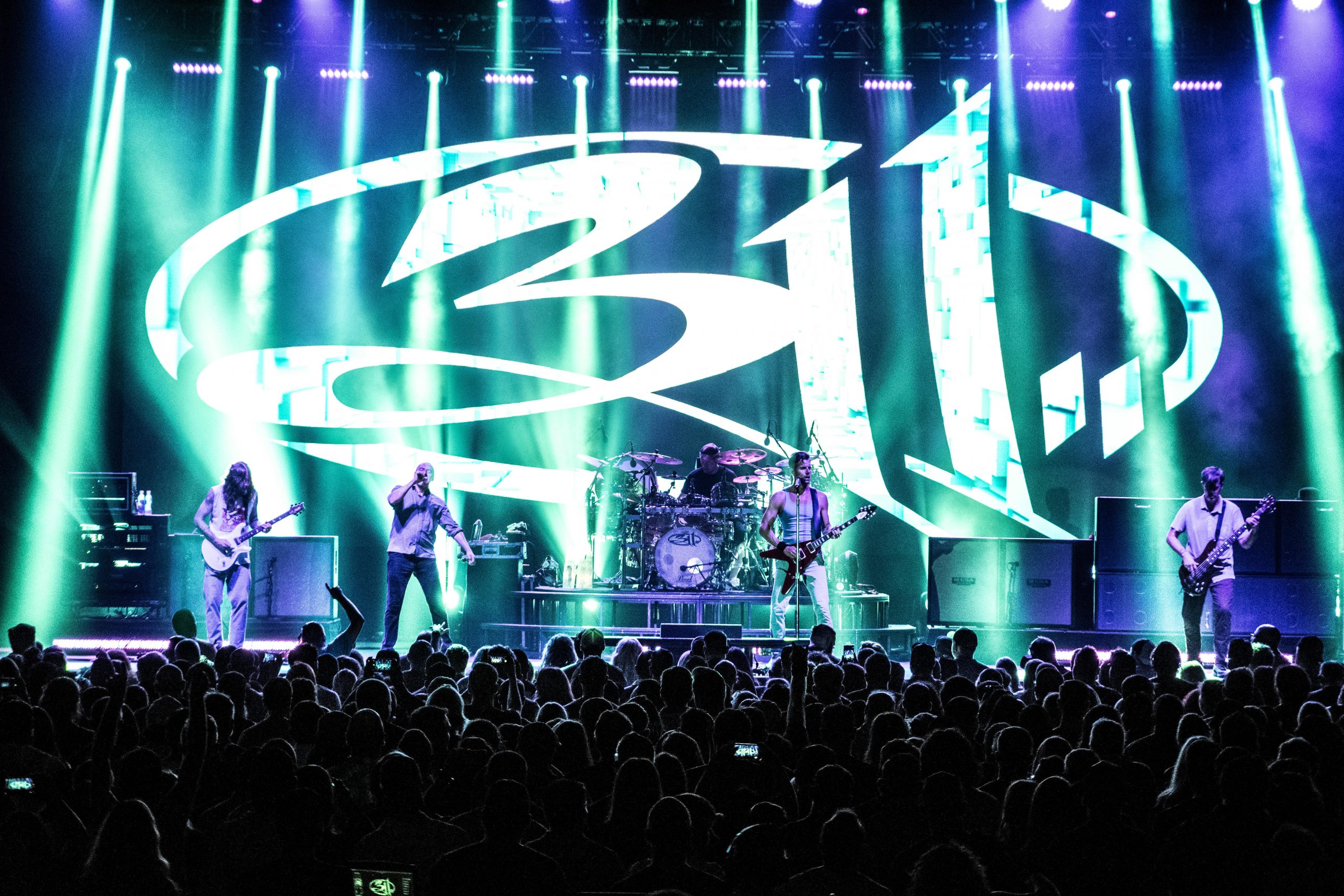 311 is solely responsible for my Gin Blossoms, Hootie and the Blowfish, and Ace of Base cassette tapes being tossed in the garbage can. I attended an unforgiving middle school, littered with cliques, and I wanted nothing more than to be one of the cool kids.

Cool kids didn’t listen to the above bands. Cool kids were running to the record store (yes, those still existed back when) and buying up 311’s self-titled 1995 release (aka The Blue Album) and jamming to “Down” and “All Mixed Up.” Striving to be amongst the popular kids, I wore baggy jeans, threw on Abercrombie shirts, and of course, listened to 311. It didn’t work. I still was solidly lodged at the loser table in the lunch room. The silver lining is that 311 introduced me to alt-rock and it wasn’t until the college years that I listened to anything else.

Needless to say, when 311 member SA Martinez was added to my interview schedule, I was a little giddy (and having a bit of PTSD from the middle school days as well).

My recent interviews are starting to seem like Groundhogs Day; each one starting with talking about the COVID pandemic. Somehow, it relates to every band in a unique way. In 311’s case, just a day or two before the shutdown, the band hosted their annual 311 Day show (this time in Las Vegas, spread out over three days, March 11-13, 2020).

I asked Martinez if the show was more special since it was one of the last events not only for 311, but for the entertainment industry as a whole, before the shutdown began

“What can you say? It almost felt like a capstone event. As we were heading out on the road to 311 Day, we did a few warm up shows and it was all in the air that something might be on the horizon and so, you know, it was bubbling beneath the surface. Once we were there, things started escalating and I think that the day of the second show is when the NBA canceled its season,” he recalled. “Then, it felt like, gosh, what’s going on? We went by what the officials on The Strip were outlining as far as any shut down protocols. We figured that we were all already there and let’s go ahead with our show and, honestly, I didn’t hear of anybody getting sick. Probably, we had all been exposed at that time. I don’t really know. It was great to get those shows done and then once we got back, yeah, California shut down, and soon enough, a good portion of the nation did. It was a wild time.“

The pandemic sucked for touring artists coming through venues in Cleveland like the Grog Shop and Beachland Ballroom. It equally sucked for the venue operators, touring crews, and independent promoters. (Certainly, I’m leaving many groups out!) About 2/3 of financially secure artists I have spoken with during the shutdown or the current reopening phase have told me that initially, they enjoyed the downtime, but as the shutdown progressed, they were itching to get back to work, and more so, help the venues and their crews make a living again.

“2020 was going to one of our busiest years. We were planning to do all 50 states and had already done four at that point. We were going to be busy that year on the calendar and then this year was supposed to be our off year. To be honest, it had been 20 years since we had a summer off. We needed it. We were falling apart. That’s being honest,” he said. “All of the other events that occurred that year, everything took a toll and I really didn’t want to work on music. It was a dark time in our nation’s history. It was nice to be able to have that time off, but it wasn’t nice for people who needed work. It was telling that we just sat there as a country and didn’t support those in need. Yet, we were there for the really big people, corporations, etc. I think that it was a growing period for a lot of people and a time of reflection, but also, for people who had to make ends meet, it was a very stressful year.”