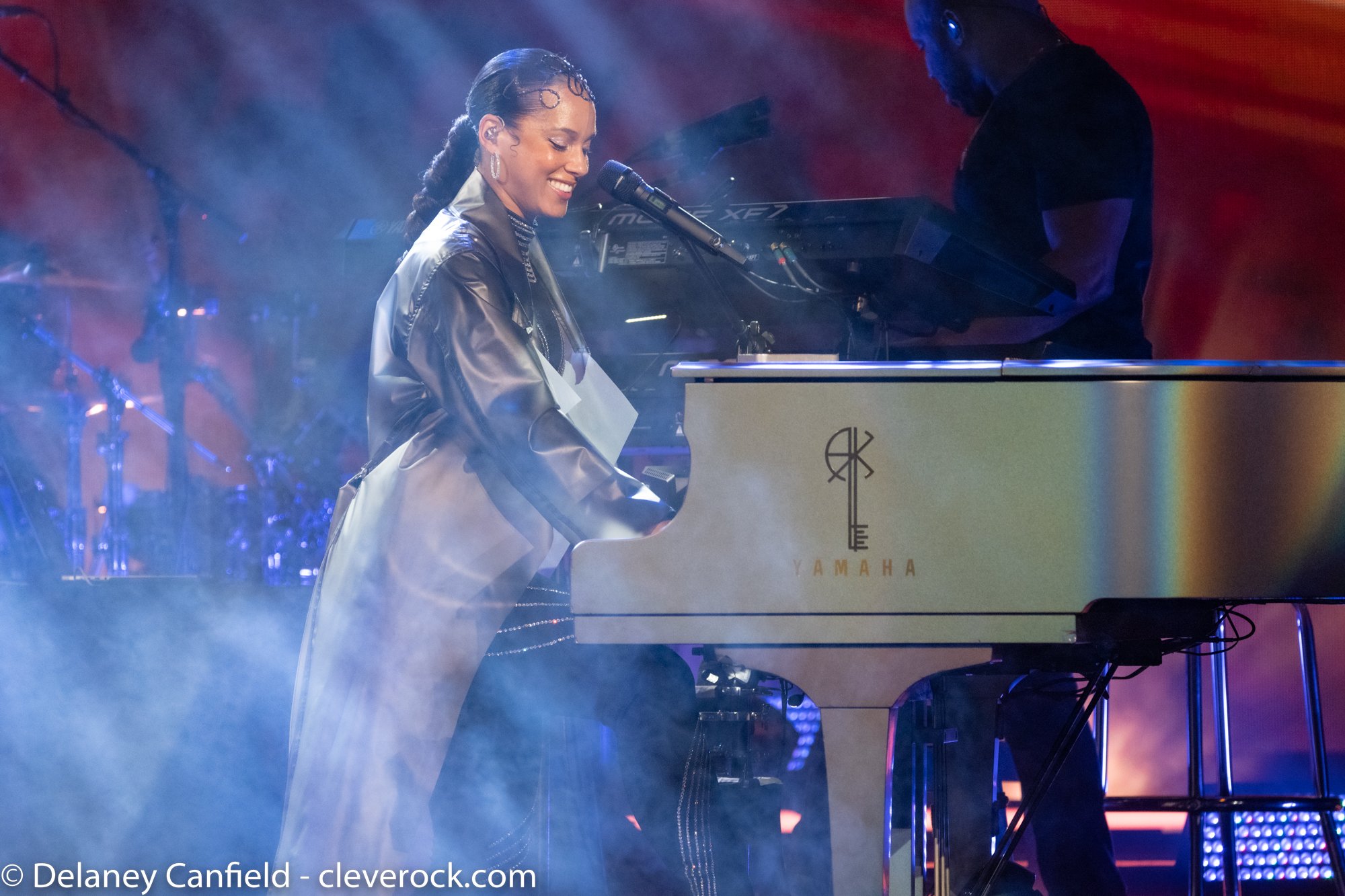 August 1, 2001, was a weird night along the shores of Lake Erie. The Rock and Roll Hall of Fame was playing host to a weekly TV series of recorded 30-minute concerts from the museum’s lobby that would later air on MTV. (You know, back when the station still included music?) To avoid having to set up the stage and recording equipment more often than necessary, it was not uncommon to film two performances from separate artists in one evening.

One of the artists showcased in that series, Alicia Keys, was paired with another act on the same night. Can you guess who it was? (No Googling, please!) Linkin Park. Nope. Not kidding. Linkin Park? Yes, Linkin Park. The crowd demographics of seeing a yet-to-break-into-the-mainstream Alicia Keys and one of the hottest up-and-coming alt-rock bands in the world was interesting, to say the least. It’s a night that those in attendance will surely never forget!

Fast forward 21 years + 18 days, Keys was back in Cleveland for another night that those in attendance will surely never forget!

Signed to a record deal at the ripe age of 15, Keys started turning heads before she could legally drive a motor vehicle. Now 41, the singer/pianist is still going strong 25+ years later. Her sell-out status at Jacobs Pavilion at Nautica is evidence of that.

The songstress kicked off the show with a jazzy intro that led into her song “Nat King Cole.” Two large screens at the back of the stage slid apart, revealing a silhouetted Keys as fans cheered and raised cellphones into the air.

Keys strutted around the stage, smiling at fans and dancing, but spent a great deal of time behind the piano. While her powerful vocals were stunning, coupling those with her incredible piano playing really showed why Keys has 15 Grammy Awards and four #1 hits. Her set went from slow piano ballads to upbeat, funky jazz songs, giving a little something for everyone throughout the night.

Keys found a way to make the show feel intimate and special. On the side of the floor seating area, a small DJ-style booth stood on a raised platform. Keys showed off not only her musical talents but also her producing talents as well. She performed various songs in both the original and “unlocked” versions from her latest album, ‘Keys II.’ Fans cheered as she asked them to pick their favorite of the two versions (which was like asking a fan to pick their favorite relative). On her return back to the main stage, Keys walked the aisles of the crowd, waving and gleaming as fans cheered as she sang along to Jay-Z’s smash hit “Empire State of Mind,” to which she provided vocals on the studio version.

Whether you’ve been a fan of Alicia since her 2004 cover of Usher’s “My Boo” or you just came to see her belt out “If I Ain’t Got You” (which was a jaw-dropping way to end the show) I think it’s safe to say fans left this show with a newfound love and appreciation for her as an artist and performer.

This show was a beautiful reminder of how music can bring people together. There were many youngsters at this show that were likely attending their first concert as their parents smiled fondly while watching their children enjoy such beautiful artistry. It was truly a fantastic night of soulful music in downtown Cleveland.