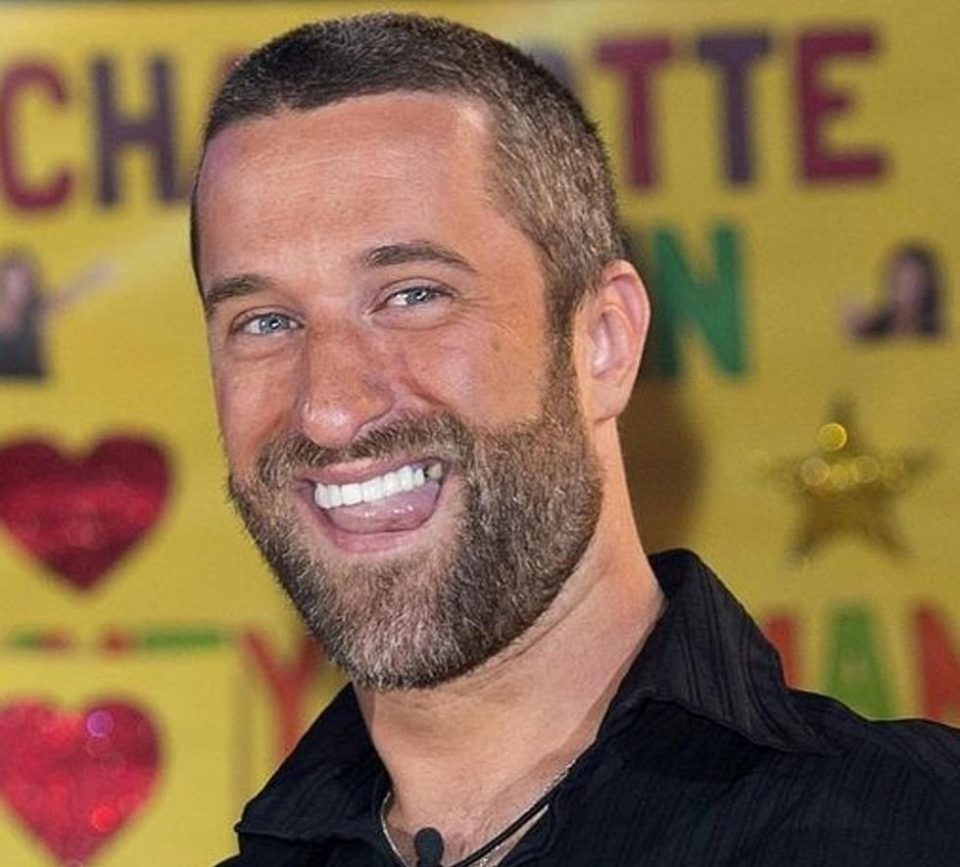 Stand-up comedian Dustin Diamond, best known for his role as Samuel “Screech” Powers (the curly haired dork who played keyboard for Zack Attack, could never score a date with Lisa Turtle, let his friends down by leaving the line to purchase U2 tickets, lackey to Alfred Clifford Slater and Zack Morris…yeah, that guy!) makes his return to The Funny Stop in Cuyahoga Falls, OH this week.

“It’s been a nice, warm reception every time I’ve come out there,” Dustin says of the Funny Stop in a recent phone interview from his home in Wisconsin. “Pete, who runs the place, is just fantastic. He’s always been really nice to me. He’s just a naturally funny guy himself. Finding a place at a comedy joint was a natural fit for him. He found his calling. I’ve met so many great comics out there. It’s been fantastic”

The road of a stand-up comedian is not one easily traveled, especially when damning road blocks of childhood-fame-stigma and public mishaps rear their ugly heads. Yet, Diamond has managed to survive in the difficult comedy landscape for around two decades now.

“Comedy is a noble profession, but most people start out in stand-up comedy hope to get a TV show. I did it backward! I had a TV show and now I do stand-up comedy,” Dustin said. “Come see me next year and I’ll be doing security work with Gary Coleman,” he quipped.

While Diamond likely won’t be partnering up with Coleman to keep mall patrons safe, if one comes out to the show this year (or has seen Dustin do stand-up before), chances are you are going to hear a decent amount of new material in his set.

“I try to add new stuff to my set all the time. It’s part of the creative process and makes it different for me. The way it works is like watching a kid grow. If it’s your kid, and you’re with them every day, you don’t realize that the kid grew 6 inches over the past year. In the year, you notice the marks on the wall have gotten taller, but it’s incremental, it’s not that big of a shock,” Diamond explains. “From my perspective, I’m my own kid, where the growth is incremental. I add little jokes here and there and the set changes one joke at a time. After a year, the set is different. For someone else, after a year, it’s a lot different. There is a new 20 minutes they had not heard before. After six months, you look back and say ‘Wow, I actually did a lot of writing this year.'”

“It’s one of those things where people that would judge that harshly because they knew me from TV, so I guess they were expecting me to be something because I was known from one format,” he said. “I didn’t get famous from this. I had to pay my dues all over again. Unfortunately, I was working uphill against the fame. The fame was great for getting butts in the seats, but I was learning down in the trenches, as it were.”

Dustin hit the nail on the head with that one. His childhood fame was great for getting people out to shows. What person with a television set that was an adolescent in the 90s wouldn’t want to see “Screech” in person? But at the same time, as an entertainer, the struggle to move on and be known for something else is real. Sure, Kiefer Sutherland can pick up a guitar, place a cowboy hat on top of his head, and sing about whiskey and heartbreak, but for fans that attend his concerts, are they watching a budding country musician or are they attending to get a glimpse of Jack Bauer in the flesh? Dustin also compares his journey to that of a musician.

“As an artist, you create something. Say, with a band, you write an album, and some of the songs are hits and people call out for those songs. Your ‘Stairway to Heaven’ and your ‘Freebird.’ You have this massive success under your belt and you become known for it. Sure, you’ve done other stuff, but there is just this thing you are known for. As a creator, you still want to keep creating. You want to create new things. There’s a period that the weight of the old thing becomes so heavy that people just yell out ‘FREEBIRD!’ Or ‘PLAY STAIRWAY TO HEAVEN! STAIRWAY! STAIRWAY!’ You want to move on, which makes some people think you hate it,” Diamond explains.

“I’m proud of that first hit song, but at the same time, I’ve got more in the tank. I want to get it out of my system. It’s one of those things that especially with time, you can re-fall in love with it all over again,” he continued. “It’s been over 20 years since Saved by the Bell. It’s on Netflix, you can watch them all. I sat down and watched them all through again. I watched all of them. To be reacquainted with that body of work…I was in 260 episodes. That’s a lot of episodes. To have 130 hours of work, to really watch that much, I was like, ‘Oh, I forgot about this.'”

Author’s note: Sadly, Saved by the Bell has been removed Netflix. (“Fuck you, Netflix!”)

Dustin has earned it. He’s paid his dues, established himself as a comic, and garnered respect from critics, fans, and peers alike. In fact, if he so chooses, he can steer clear of muttering the words “Saved by the Bell” or the name “Screech.”

“Of course, there was a time when I had to do that. I did have to mention that a lot because people wanted to hear it,” Diamond admits. “After four to five years of mentioning Saved by the Bell stuff I got the liberty to move past that. I can move on to talking about everything I want. I can still mention it because it’s part of my past, but it’s not the central focus. It’s not the crutch that I lean on. I’m a comic, I’m not going to get up and talk about acting stories. They are really just going to be stories and I really have a funny way of telling them. I’m actually doing jokes. Crafted written, jokes. It’s got the premise, it’s got the punch lines; it follows the rule of three. You learn the little rules here and there. I apply kind of everything I’ve learned over 20 years from both professions from television and stage and stand-up.”

The second big elephant in the room? Dustin has had some very public…let’s call them “misunderstandings” over the past decade. His likeness was used in an adult film, a ghostwriter published a tell-all book about Saved by the Bell with Diamond credited as the author, and he went to county jail following an incident outside of a Wisconsin nightclub in 2015. Dustin, just recently, has been making his rounds on talk shows, including appearances with Dr. Oz and former Saved by the Bell star Mario Lopez, where he has tried to clear the air and apologize to his former cast members.

We wanted Dustin to have an opportunity clear the air, too. We asked for his side of the story about the night of his arrest.

“There was this telephone game. People mentioned ‘stabbing.’ I didn’t do anything of the sort,” Diamond said adamantly.  “I don’t drink. I don’t know of a situation where everyone is drunk but you, and then watch their wife get beat up by men holding your wife’s arm behind her back while she gets hit by two other girls. I don’t know anyone that would just stand there passively. I didn’t take any kind of a plea deal. I got up on the stand. I got cross-examined and I proved my innocence. I was found innocent by a jury of my peers.”

Celebrities are notorious for getting off easy in the legal system. Dustin? Not so much. With TMZ and every other gossip site spreading vicious rumors about the situation, the police, judge, and district attorney, all seemed eager to make an example out of this case.

“I’m definitely a bigger fish in a smaller pond compared to L.A. where there are famous people on every corner. I think that I was under my scrutiny then I should have been,” Dustin weighed in. “It’s hard when press is showing up and the courtroom is slammed with every newspaper and news outlet from the local ABC to CNN. Everybody is out there. It puts more pressure on the DA and the judge. They know they are being watched, too.”

Even after being found innocent of any charges related to an alleged stabbing, Dustin recalled

Anyone locked up with Dustin that is in their mid-30s must have been in disbelief to being doing time with someone they certainly were a big fan of in their youth. Imagine what it must have been like spending time in the slammer with an actor you spent watching on television every weekday from 5:00 – 6:00 on TBS.

“It was county jail. There were people in there that hadn’t paid their library fines or were a day late on child support payments. I wasn’t on Rikers Island,” Diamond clarified.

“I can make friends anywhere. It’s just a bunch of guys playing cards and sitting around talking,” he recalled. “It’ one of those things that you get out there and it’s sink or swim. I was always good at getting along with people so I got along with people there. It was as pleasant as I could possibly make it. I wasn’t in danger at any time. It wasn’t what you see in movies and TV. I was grateful for that. But at the same time, I would much rather be onstage doing comedy.”

So, what can fans coming out to the Funny Stop expect this weekend? What does Mr. Diamond have his sleeve?

When asked about the overplayed Donald Trump jokes, Dustin said, “I don’t do political stuff. That’s not part of my act.”

(Thank God for that!)

But, with all that’s gone on both during and after his Saved by the Bell life, Diamond has to poke fun at himself, at least a little, right?

“Self-depreciation, unsurprisingly, does come with the territory. Self-depreciating on varying levels kind of have to be there in a way for all comedians if you want the audience to get to know you. Part of comedy is sharing about yourself and getting that connection with the audience and feeling common ground,” he explains.

Diamond says that the Funny Stop, as well as comedy clubs across the country, still welcome him back with open arms, despite any bad publicity he has received in recent years. Fans have, too.