Darius Rucker first achieved multi-Platinum status in the music industry as lead singer and rhythm guitarist of the GRAMMY Award-winning band Hootie & the Blowfish, who have sold more than 25 million albums worldwide including their Diamond-certified debut ‘Cracked Rear View,’ which remains among the Top 10 best-selling studio albums of all time.

Since releasing his first Country album in 2008, Rucker has earned a whole new legion of fans with four No. 1 albums on the Billboard Country chart, including RIAA Platinum-certified ‘Learn to Live’ and ‘True Believers,’ plus 10 No. 1 singles at Country radio and 11 Gold, Platinum or multi-Platinum certified hits.

The first single off of ‘Learn to Live,’ “Don’t Think I Don’t Think About It”, made him the first Black artist to reach number one on the Hot Country Songs charts since Charley Pride in 1983.

Rucker was inducted as a Grand Ole Opry member in 2012 and in 2014 he won his third career GRAMMY Award for Best Solo Country Performance with his 9x Platinum version of Old Crow Medicine Show’s “Wagon Wheel,” one of the top five best-selling Country songs of all time. He co-hosted the 54th annual CMA Awards in 2020 and topped the charts at Country radio once again with “Beers And Sunshine” in 2021. The Follow-up single “My Masterpiece” is available everywhere now as Rucker puts the finishing touches on a forthcoming album.

Rucker appeared in Yellow Springs, Ohio during the socially-distance pandemic shows hosted by Dave Chappelle in a cornfield. Comedian Donnell Rawlings used one of Hootie & the Blowfish’s hits (“Hold My Hand”) as his walk-on music each night and Rucker appeared to perform the tune one evening.

Reserved seats are priced at $99, $75 or $59.50. General admission bleacher seats (rear of venue) are priced at $45 each. Tix can be purchased online via the link below: 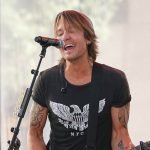 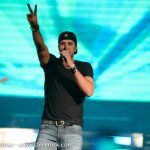