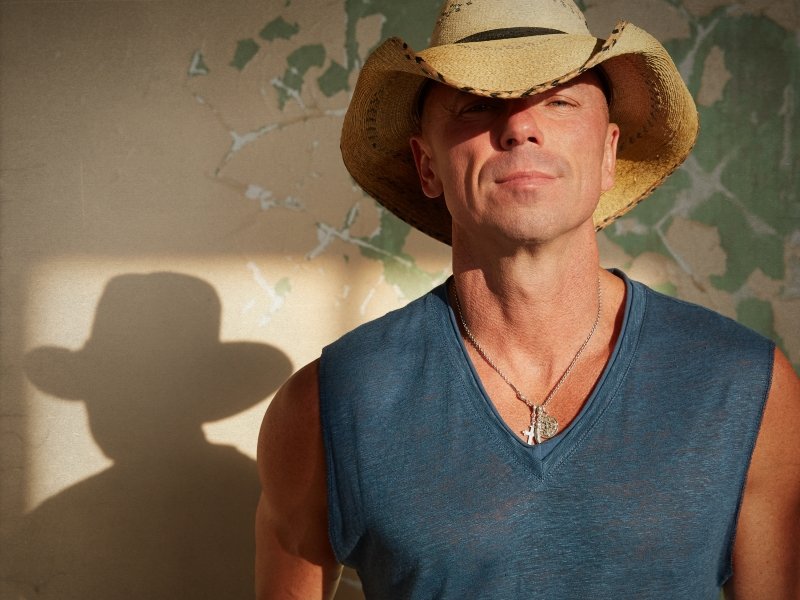 Ladies and Gentlemen…Boys and Girls….Children of all ages…May I have your attention, please? We have our first sell-out at Blossom Music Center this summer. Should it surprise anybody that the performer is Kenny Chesney? Heck, the guy has sold out First Energy Stadium in downtown Cleveland, essentially shutting down the city for an all-out party for the day.

My counterpart spent a decent amount of her word count complaining about Blossom traffic and reviewing the pre-show parking lot shennagians in her Miranda Lambert review from last week. It was all echoed tonight! Ditto for the feel-good vibes of returning to live music since devastating COVID restrictions have been lifted.

Forced to shelve his 2020 “Here and Now” tour to support the album of the same name, Chesney is finally getting a chance to perform those songs for a live audience. Or, at least he had the chance to. Kenny elected to perform only two songs from the new album, the title-track and “We Do.”

It should be noted that this review writer is Old School through and through. I’m a sucker for the old stuff, the classics, the stuff I know and love. I want to hear what’s familiar to my ears. HOWEVER, having seen this country stud a number of times, it sure would have been nice to hear some of the newer stuff performed live. ESPECIALLY my favorite track from the album, “Knowing You.” The song was solid enough to earn a performance at the ACM Awards and reached #2 on the Country Airplay Charts, but still didn’t make the cut for Blossom Music Center. ::SIGH::

But let that sink in….how many artists have such a damn good catalog that they have to cut out songs worthy of ACM performances; worthy of the #2 spot on the charts? Count. I’ll wait. What number did you come up with? Less than 10? Less than 5? Perhaps the necessity of omitting that song from a concert speaks louder than a sold-out show, his 12 CMA Awards, 11 ACM Awards, or six Grammy Award nominations.

My dismay of not hearing “Knowing You” is my sole complaint of the evening. (Maybe he could have thrown in “Out Last Night,” but, now I’m just being picky!) Nothing but good, or should I say GREAT things to say on anything and everything else.

Wearing the obligatory cowboy hat and showing off his sexy tanned muscles in his sleeveless shirt, Chesney opened up a can of great vibes with “Beer in Mexico.”

His distinct voice has the same crystal-clear quality as one has come to expect from the radio and his albums. His tight backing band and steering away from lyrical improvisation or road-testing a bunch of vocal changes made for the sound that these 18,000+ country fans have come to know and love.

Sure, Kenny has got drinking songs (just not as many as the ‘other guys’), but has a huge focus on the overall beach and summertime vibe, perfectly appropriate for this evening, just 12 days ahead of the Solstice. Songs like “Summertime,” “No Shirt, No Shoes, No Problem” and “When the Sun Goes Down” transported fans from the Cuyahoga Valley National Park to a sunny beach of one’s own choosing.

A personal highlight for this reviewer was played mid-set, “Anything But Mine,” reminding me of a summer fling from 2005 (that my wife of seven years will never hear about unless she reads this review).

In the morning I’m leaving
Making my way back to Cleveland
So tonight I hope I will do just fine
And, I don’t see how you could ever be
Anything but mine

Of course, some of the cheers were because Chesney mentioned Cleveland in the lyrics, but let’s be honest, some cheers were for the memories of a seasonal romance that may not have been meant to be, but reminiscing of said times still brings on a smile.

Kenny brought out the show’s opener, Carly Pearce for a cover of Deana Carter’s “You and Tequila.” Country fans sure do love songs about tequila.

Closing his set with “How Forever Feels” before not surprisingly returning to give fans a little bit more, I don’t think I’ve ever seen a less amount of people leave to beat the traffic.

The encore was absolute perfection. “There Goes My Life” off of his pinnacle 2004 release, ‘When The Sun Goes Down” and show-closing “Don’t Happen Twice” was a perfect sendoff on this summer’s eve.

I left reveling from the show that was and soaked in the good vibes because: