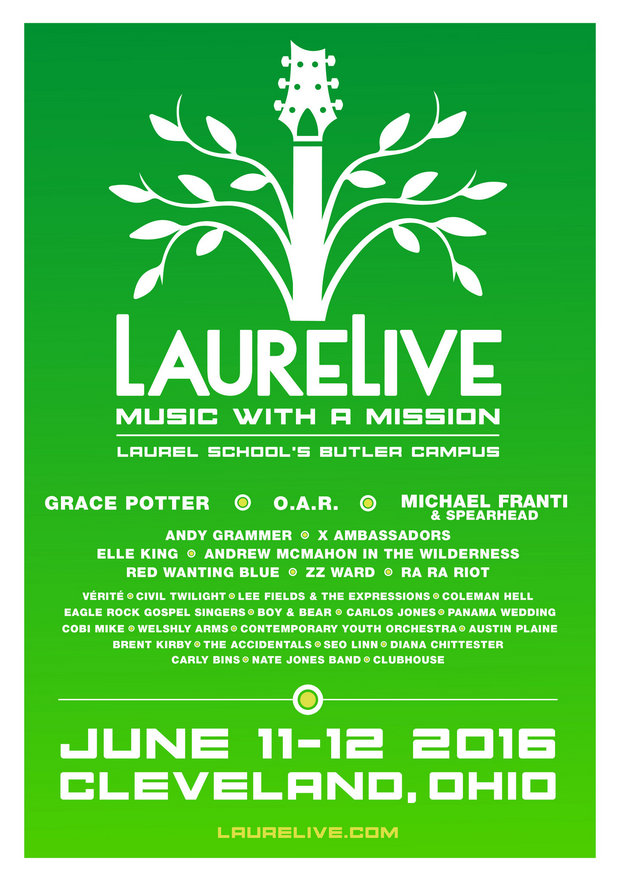 The festival will take place at the Laurel School 140 acre campus on Fairmount Road, which spans both Russel and Chester Townships.

The event will be produced by Beachwood based promoter Elevation Group. Executive producer Denny Young said via press release, “This festival did not come together overnight. Laurel approached us nearly a year ago, to brainstorm ways to build its ‘Music with a Mission’ platform. What we announced today is the culmination of months of planning and communication. This is a great opportunity for Laurel, but also the beginning of a tremendous asset for Greater Cleveland. It is something that we are very proud to be a part of.”

Early bird tickets are currently on sale (through January 21) for $50 per day or $95 for the weekend. General admission ticket prices then increase to $65/day $115/weekend, or $75 at the gate (if available). Weekend VIP tickets will set you back $400.

Tickets are on sale now!

Parking will be FREE at two are schools, with a free shuttle service to the festival grounds.