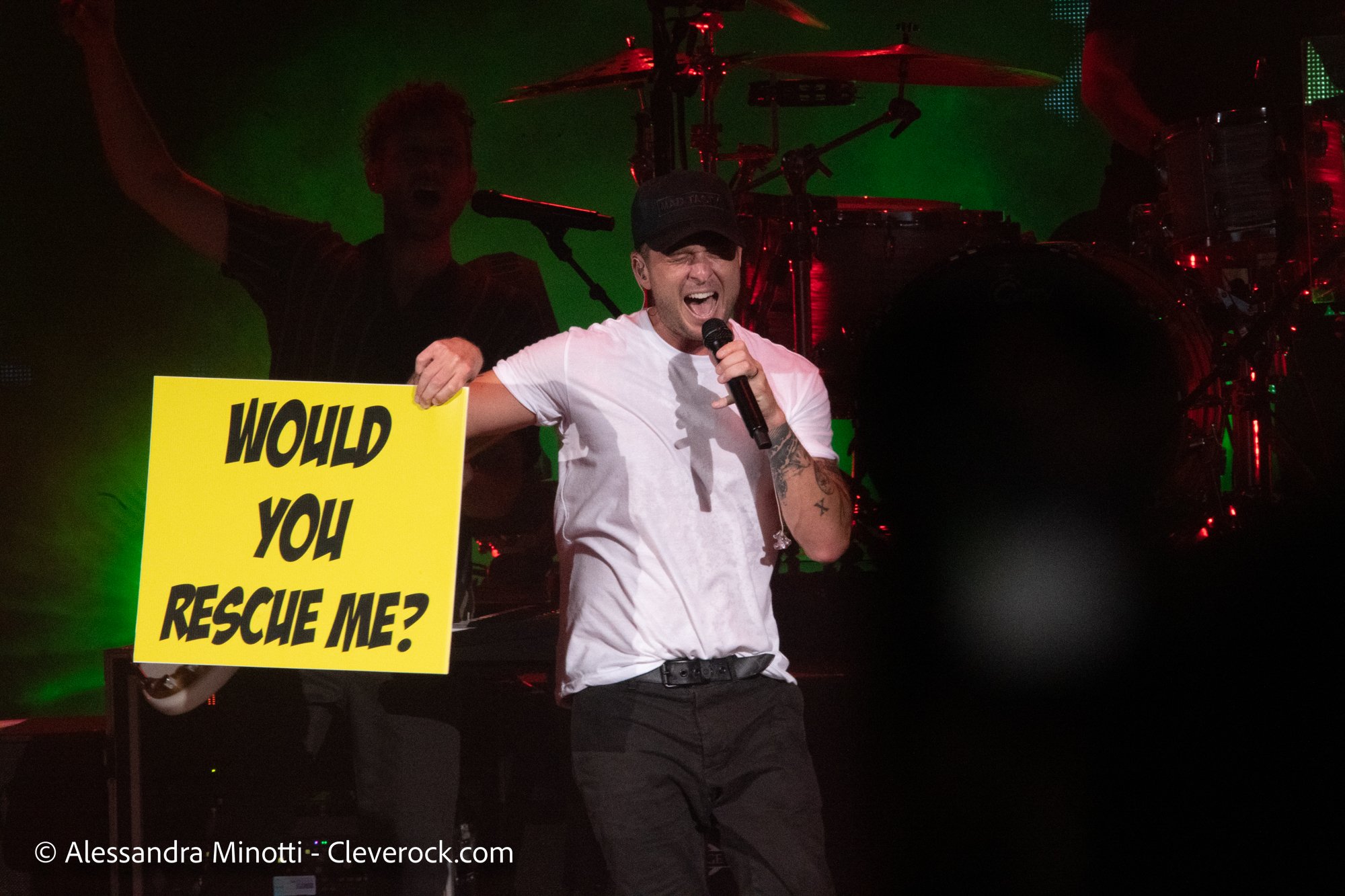 With scenes of summer lighting the stage, OneRepublic took the stage for a moment that some fans have been patiently waiting for for the past 2 ½ years. On July 28, they filled the warm summer air with music that got the crowd on their feet and hands in the air. It truly could not have been a better night for OneRepublic to claim the stage at Blossom Music Center and share their Never Ending Summer Tour with the crowd.

Ohio holds a special place in the band’s heart. It was evident by the energy they brought to the stage! The first venue which ever paid them to travel across the country to play was Miami University in Oxford, Ohio and frontman Ryan Tedder expressed the band’s excitement to be back! The Cleveland/Akron crowd did not disappoint expectations. The audience was roaring and the energy was contagious.

Opening the show with ”Kids,” from their 2016 album ‘Oh My My’ and closely following with some of their greatest hits including “Stop and Stare,” “Run,” and, of course, “Rescue Me,” Tedder and CO. band had the crowd singing along and hanging on every lyric. The set list highlighted the abilities and talents of every band member, especially cellist and bass player Brian Kutzle and violinist of the night Ashley Clark who had their stringed instrument face-off. From start to finish, band members were dancing across the stage, engaging every member of the audience.

After almost 15 years of playing tour set lists, the band decided to try something new this time around. Highlighting more than their own music, they played portions of hit songs written by them for other artists. Ryan walked the crowd down memory lane, opening with Beyonce’s “Halo,” and continuing with Ellie Goulding’s” Burn,” which was a song no one wanted initially but turned into a HUGE hit. Continuing with the chorus from Adele’s “21,” parts of songs from Maroon 5, Lil Nas X’s “That’s What I Want,” and finishing with the Jonas Brother’s “Sucker.” This special portion of the show demonstrated more than just the musical talents of the band, but also the incredible writing talents they have.

With possibly the most anticipated song of the night on the horizon, a special video featuring Tom Cruise played to introduce “I Ain’t Worried.” If the crowd wasn’t screaming before, they certainly were now. A video compilation of scenes from Top Gun: Maverick played behind the band as the musicians rocked out. Jumping, screaming, and dancing erupted from the crowd as they were brought back to the summer nights when they saw the movie for the first time. As the night neared its end, “Apologize,” from their ‘Dreaming Out Loud’ album, as the audience took part in an incredible four-part harmony that left behind goosebumps.

The set closed with “I Lived” before predictably returning for an encore that included “Counting Stars” and “If I Lose Myself.” It was a memorable night for all!