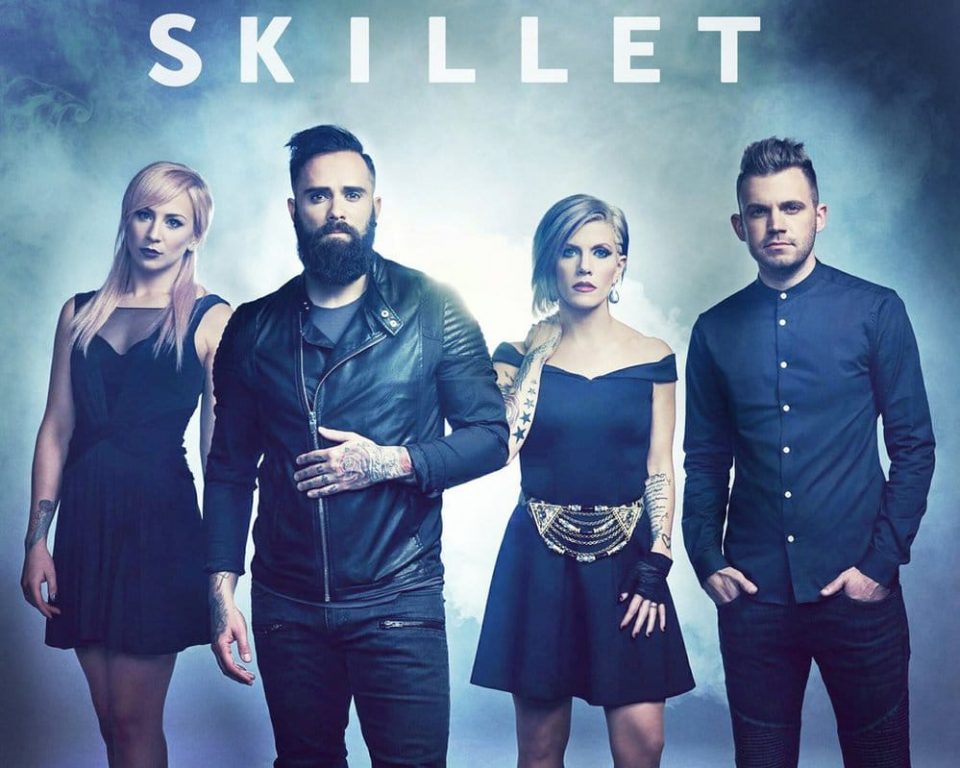 Let’s be honest, Christian rock just hasn’t been the same since dc Talk split up, the Supertones retired and the Newsboys stopped writing rock songs.

The one constant in the Christian Rock market? Skillet, of course. The Grammy-nominated rockers are still trucking along, 20 years and 10 albums strong.

The two guy / two gal quartet recently released their album ‘Unleashed,’ undoubtedly their strongest effort to date. The album spawned the hit single, “Feel Invincible,” which has made its mark everywhere imaginable, from radio and television, millions of streams, and has become an instant anthem in sports arenas across the country.

“We were watching the opening night of the NFL season and the Broncos run out and I’m like, ‘I know that song. What is that?’ Then, you realize, ‘Oh my gosh, that’s me,” Skillet frontman John Cooper told CleveRock during a recent phone interview. “It’s really wonderful. You work really hard on your record. You put your heart and soul into it.”

Part of the secret to Skillet’s success? Adapting without conforming.

“We’re not trend driven; we try to stay steady. But you also have to be ready to change, regroup, and recreate yourself,” Cooper explained. “That’s what we try to do on our newest record. You want to stay true to yourself, but you want to freshen it up a little bit. What can we try to do differently to get new people listening instead of making the same record over and over again.”

“We haven’t done a headlining tour in America in almost five years, so it is going to be really fun,” Cooper said. “We are playing some smaller rooms so we’ll be packing people in and seeing people sing our songs and it’s just going to be a lot of fun! This is the most excited about a tour I’ve been in years.”