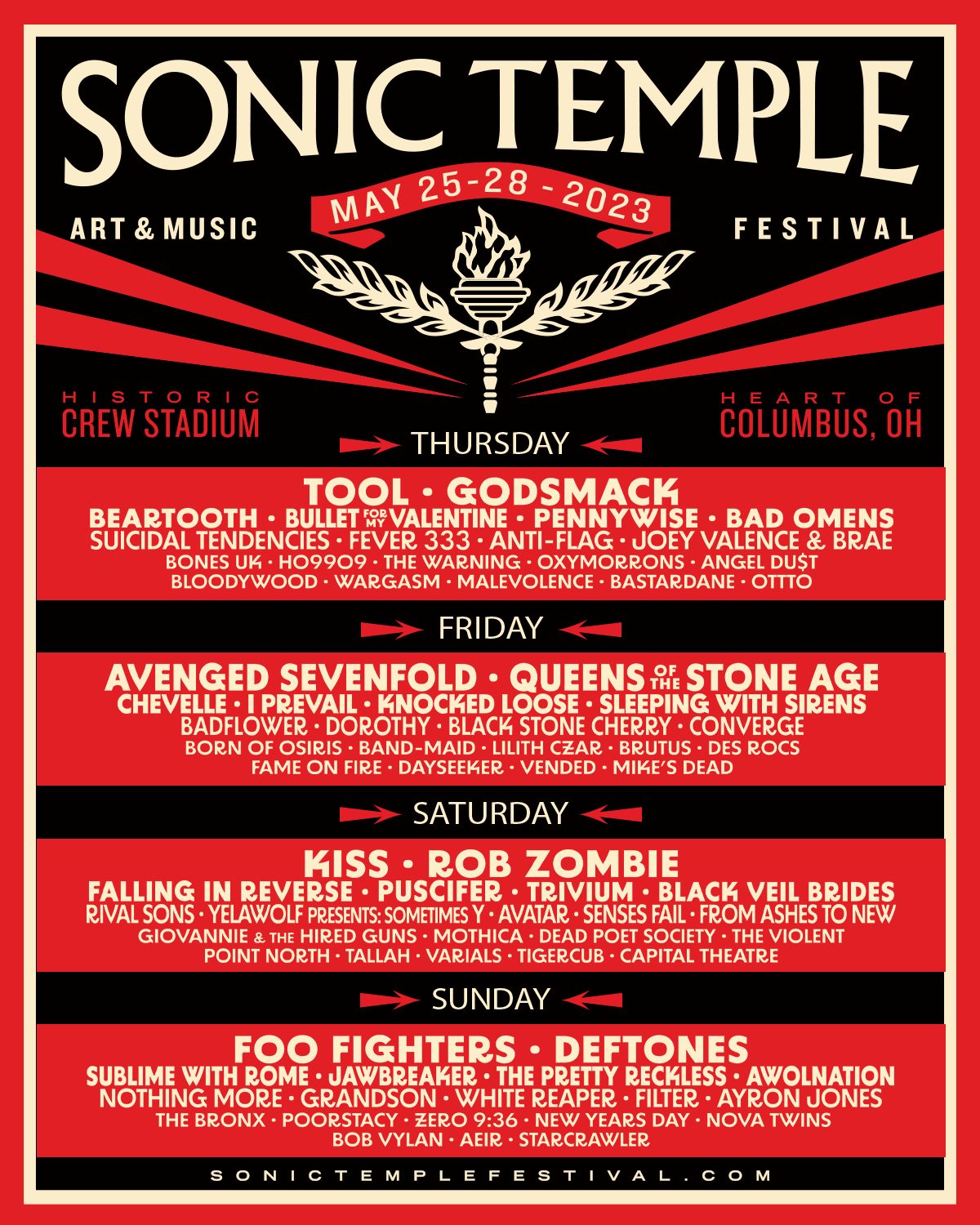 Sonic Temple, the premier rock and metal festival in the Midwest, is back and is set to take place on May 25-28, 2023 in Columbus, Ohio. This year’s festival promises to be one of the biggest and most exciting yet, featuring an impressive lineup of some of the biggest names in rock and metal music, performing on multiple stages over the course of the four-day event.

From its humble beginnings as Rock one the Range, a one-day festival hosted at Crew Stadium in 2007, the festival has been rebranded as Sonic Temple and is now run by powerhouse promoter Danny Wimmer Presents.

Headlining acts for the festival include Tool, Kiss, Foo Fighters, and Avenged Sevenfold (see the complete kickass lineup below) which will be sure to draw in thousands of fans from all over the country. Also, fans can expect to see a variety of up-and-coming acts and fan favorites!

In addition to the music, the festival will also feature a variety of activities and attractions, including food and drink vendors, merchandise booths, and art installations. There will also be a VIP package option that offers exclusive access to prime viewing areas, special amenities, and meet and greets with some of the artists.

Sonic Temple is an event not to be missed by any rock or metal music fan. The festival promises to be a weekend of non-stop entertainment and will be the perfect opportunity to see some of the biggest names in the genre all in one place. Don’t miss out on the chance to be a part of this unforgettable event,

Sonic Temple returns to Columbus, Ohio for what is sure to be an unforgettable weekend at Historic Crew Stadium for a four-day spanning Thursday, May 25, through Sunday, May 28!

TICKETS CAN BE PURCHASED: RIGHT HERE!

The daily music lineup for Sonic Temple is as follows: