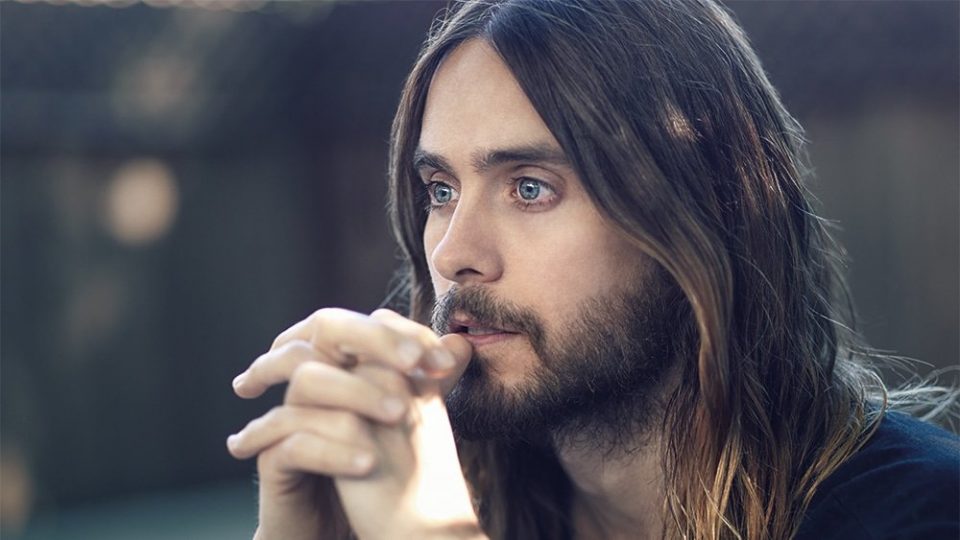 If this post had been published a day earlier, Y’all would have laughed it off as an April Fool’s prank (albeit more believable than Microsoft’s 41 billion dollar acquisition of Spotify).

No foolin’ here, Mr. Jared Leto, actor and frontman for rock band Thirty Seconds to Mars will land at the Rock and Roll Hall of fame and Museum to greet fans at 9:00 AM TOMORROW (April 3). Few details about his just-announced visit to Cleveland have been made available at the time of this posting, except that it in support of his forthcoming album, ‘AMERICA,’ due out April 6 via Interscope Records.

Leto began a cross-country journey today (April 2) in New York City that will see him travel across the country in anticipation of the group’s forthcoming album. Leto will continue “to plane, train, automobile and hitchhike” his way to Los Angeles, visiting several cities along the way to explore and showcase the album’s namesake.

Today we begin a journey to celebrate the release of our brand new album, available April 6th. I will hitchhike, walk, run, climb, bike and work my way across this beautiful country telling the story of America as we go. #MARSACROSSAMERICA pic.twitter.com/81IzJW1zTf

Last week Thirty Seconds to Mars unveiled the title and track listing along with an ambitious global creative campaign for the highly-anticipated ‘AMERICA,’ due April 6 via Interscope Records. The album contains feature tracks with superstars Halsey and A$AP Rocky plus a Zedd produced track, see below for full track listing. ‘AMERICA’ available for pre-order now, RIGHT HERE!

15 hours not enough notice for you? You still have PLENTY of time to grab tix for the upcoming show at Blossom Music Center in Cuyahoga Falls on June 16. Complete show and ticket info can be found on our calendar, RIGHT HERE!