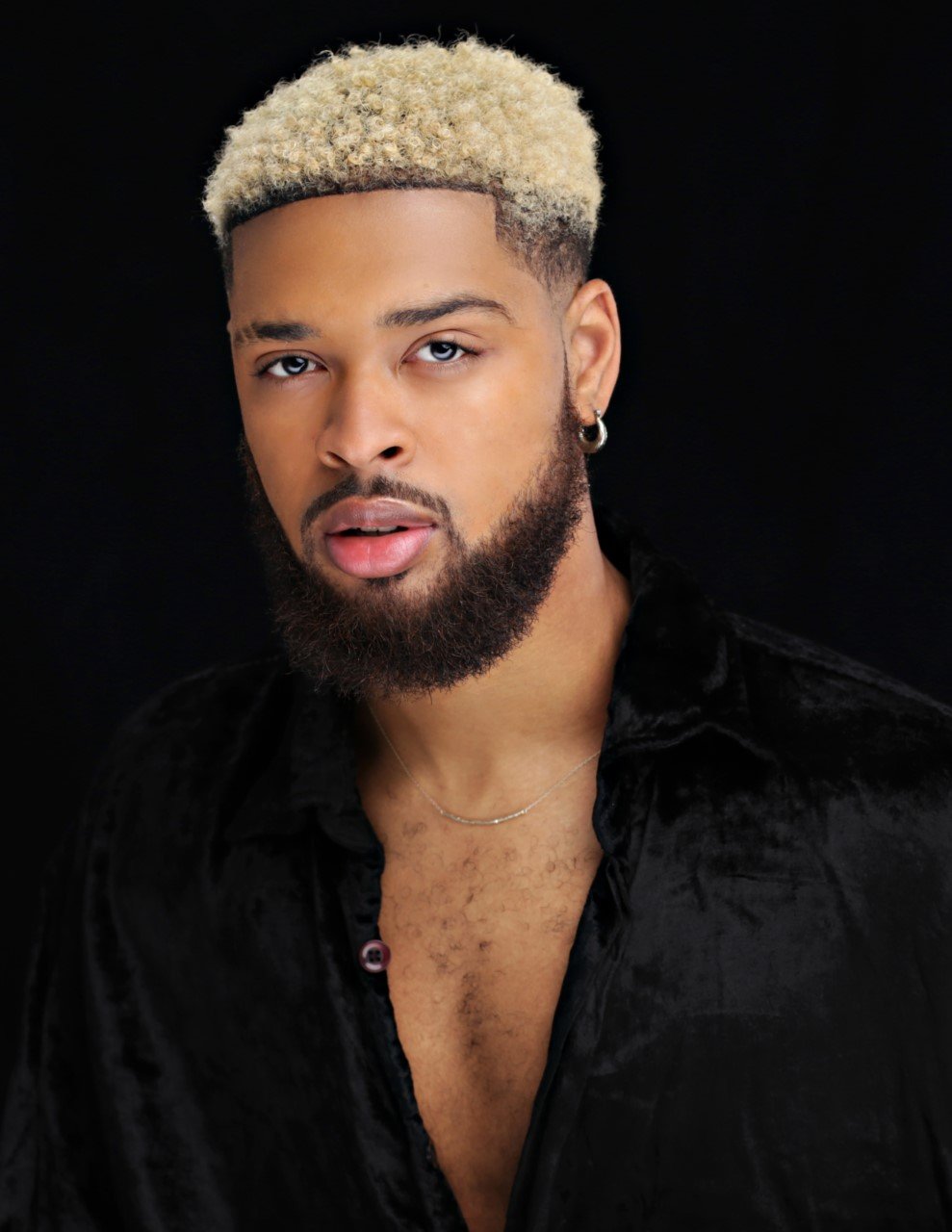 Meet Warren Egypt Franklin: The proud class of 2015 graduate of Cleveland Metropolitan School District’s Cleveland School of the Arts and later, Baldwin Wallace University, has not forgotten from whence he came and certainly did not throw away his shot! (Pardon the awful Hamilton puns. The excitement surrounding the show’s pending run in Cleveland is getting to CleveRock staff, too!)

Franklin will be performing with the cast of Hamilton during its run in Cleveland beginning December 6 2022 through early January 2023.

The Northeast Ohio native plays the fan-favorite roles of Marquis de Lafayette in Act One and returns in Act Two as founding father Thomas Jefferson. The unique dual-role originated by Daveed Diggs from Hamilton’s Original Broadway Cast is a dream role for Franklin.

“I saw the original Broadway Cast in March of 2016. I went backstage after and met the whole cast and I told [Hamilton creator] Lin-Manuel Miranda when I met him that I was going to play Lafayette/Jefferson as soon as I graduate college.

He said, ‘Ok, keep that fight! Keep that vigor!’

It came to be! I knew I was going to play the role when I saw the show. To me, it’s the most interesting role in the show. You get to be the best friend in Act One and the villain to the villain in Act Two. I knew that it would be an amazing role for me.”

Returning to Cleveland, as one can imagine, is going to be an emotional homecoming for Franklin. He is ready to inspire others in a way that he felt inspiration was lacking from his perspective while growing up a young theater fan in the area.

“It means everything to me. It really does. This show was a dream role for me so to be able to perform my dream role in my hometown and to be able to look out into the audience and inspire little black and brown faces who look like me, who grew up where I grew up…I didn’t have those faces to look at,” he said. “I’m really excited. I don’t know what my energy will be like in my first show back in Cleveland. It’s a culmination of so many sacrifices that I’ve made to do this professionally so I don’t even know what that will feel like. I’m really excited for it.”

Maybe this interviewer is a tad cynical, but nonetheless, more important than performing in front of friends and people who supported him, this writer was curious if there are foes, doubters, ex-romantic partners, etc. that he is anxious to share his refined talents with from the most prominent form of artwork across and medium to come to Cleveland in 2022.

“Believe it or not, I kind of crafted my own journey. I played sports and I didn’t really get support from my family when choosing sports. After 16, I kind of left home and crafted my own journey. I slept at a lot of friends’ houses and caught the RTA downtown. I had to sacrifice a lot, and a lot of people were like, ‘You should have gone into football”; ‘You should have gone into track.’ They told me that theater wasn’t a steady career; performing wasn’t a steady career,” he remembers. “Not only family, but there are so many friends and people that doubted me and said I peaked in college or high school, and the crazy thing is that I can confidently say I haven’t even begun to peak and be an amazing performer. I know it’s solely because of God and I am really excited to show people in Cleveland that it worked! You can be an amazing scholar and performer in high school. You can learn and grow and make mistakes and still be an amazing performer in college. You can still do it professionally. I am excited about that! There are some people that I can’t wait to show that I’m still here!”

Of course, there was SOME support for Franklin in Cleveland. If nothing else, he received a top-notch education that has helped prepare him for the great things he is doing now.

“Cleveland School of the Arts shaped me a lot! I was a Drama major and Dance minor, but I also participated in Jazz Art, which was a vocal group there. People joked around and said I was a triple-major there, but that wasn’t a thing, officially, but I definitely jumped into all of them. I definitely attribute a lot of who I am as a man and performer to my time there,” he said proudly. “I wanted to perform for so long. Going to Cleveland School of the Arts, I was part of the All-City Arts program that performs an annual musical in Downtown Cleveland at the Ohio Theatre and that had a big impact on my life as well. I’ve actually performed at every single theater in downtown Cleveland…the State Theatre is the last theater I haven’t performed in. It’s going to be really, really, amazing to perform there with Hamilton, finally.”

But, perhaps post-high school is when Franklin really began to flourish. He could not rave more about his time at Baldwin Wallace.

“Oh my goodness! That program is directed and headed by the queen, Victoria Bussert! She changed my life. That woman is one of the smartest, most brilliant, intrepid people that we have. Her eye for direction, especially when it comes to showcasing direction, is impeccable,” he said definitively. “Going to BW, I’ve said it before, there’s nothing harder than that program in the real world. If you can do that program, you can do anything in the real world. You can literally, literally, literally do anything. The resources, the amount of performance opportunities; we had the outreach and the networking. I already had my agent before I even graduated. When I graduated, Hamilton was the first audition I booked. I was in call-backs for Hamilton, Wicked, and Frozen, all in the same week. I hadn’t even finished showcasing yet. That’s a testament to how amazing that program is. It trained me. Nobody knows everything, but I know so much from my training at BW. I’m so proud of my degree. It’s the real deal if you want to be a performer.”

Franklin is excited to return to his alma maters and give back to the schools that gave him so much and prepare future generations of actors and actresses for their upcoming journeys.

“I usually do an annual masterclass at BW. It’s funny because when we get there, it’s during their winter break, so I’m still working out the kinks of that. I’m definitely going over to my old high school and talk to them. My program director from my high school and have a masterclass of some sort there as well,” he said. “I’m excited to do that. It will be during the day, of course. I usually do my masterclass at BW where I come and teach the senior class that Hamilton audition combo, so they have a one-up once they get into the city. I usually go back to the Cleveland School of the Arts and just have a talk with them. I’m excited!”

Franklin says he can absolutely feel the energy excitement and from the audience while performing in the show!

“It’s crazy! It’s electric! You can hear the rumbles in the audience when you’re performing. I think, also, you have a duty due go off every night because these people have been waiting to see this show since…forever! Some people wait two or three years to finally see Hamilton. It’s a lot. It’s a really, crazy, coveted, amazing show! It’s really, really crazy. You can feel that in the audience. I’m really thankful. I work really well under pressure so it makes me go even harder,” he said. “It’s exhilarating. There’s nothing like a live audience. The folks that love Hamilton, we’re lucky to always be sold out. These folks have waited for the show for so long. We always have amazing audiences. It really is electric and exhilarating. I remember our first preview show back in Atlanta I was shaking onstage because the energy was so electric.”

During the pandemic shutdown when theaters were shuttered, Franklin landed himself a coveted television gig on the HULU series Grown-ish (a spin-off of the smash ABC series, Blackish) as the recurring character, Des.

“I loved my time on Grown-ish. It’s such an amazing show with an amazing cast. It’s an iconic show, especially for the black community. It’s just college kids in general. I had such an amazing time filming that show,” he recalls. “I filmed it during the pandemic and we filmed it in block schedule during the pandemic because we filmed that and vaccines weren’t even out yet. The season is still airing right now. We have advanced so much in science and medicine in COVID. It’s funny to look back on because we were testing every hour. We’ve made so many advances.”

Franklin has an important request for Hamilton in Cleveland:

“I hope audiences in Cleveland know that we don’t want a quiet night out at the theater. This isn’t a subdued show,” he reminds patrons. “We want it LOUD. We want YOU in it. I know that Cleveland can give that because I’ve been in those audiences. I’m excited to hear the Cleveland audiences at this show.”

Having achieved so much success at the ripe age of 25, where the heck does Franklin escalate from here?

“God is good. I’ve been blessed with so many opportunities. I’ve done TV and film, I’ve done theater, and now I’m ready to lead out on a TV show or series and be the lead of that series, or start producing some Broadway shows or TV shows, and getting into some original works now,” Franklin said with confidence. “I’m really excited to do that. I’m also working on my own music career as well. I’m very excited to dive into those uncharted waters. I’m excited. Really good things are coming!”

YES! Tickets are STILL AVAILABLE for the 2021 Rock and Roll Hall of Fame Induction Ceremony!