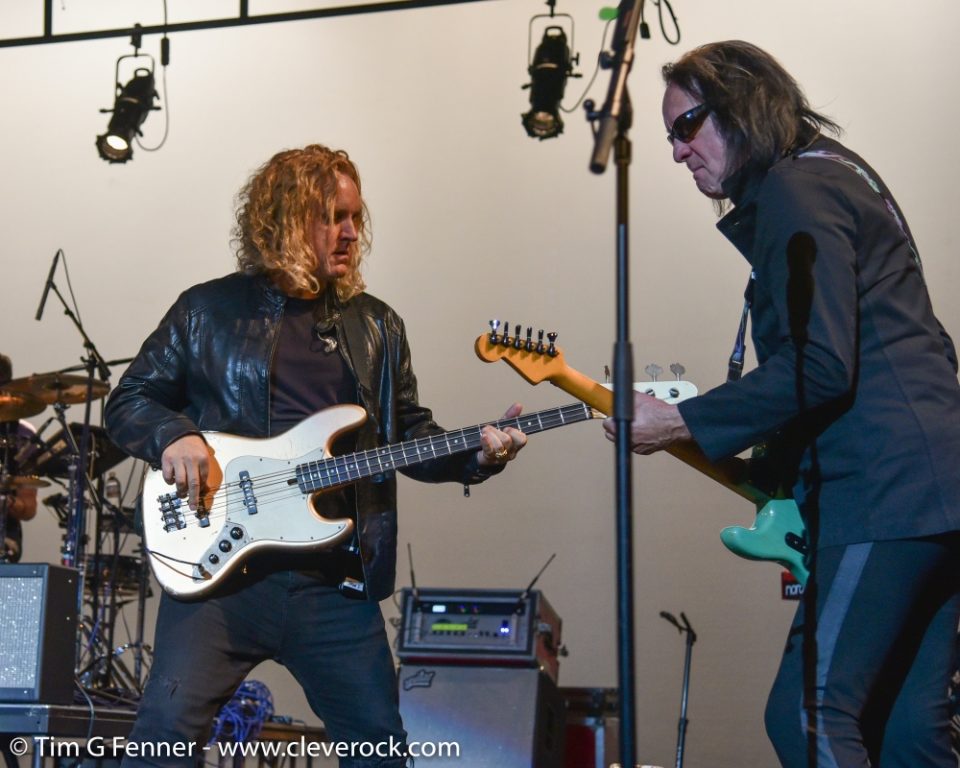 51 years ago the Beatles, on Nov 22, 1968, released ‘The White Album’ their ninth studio album. This album is a compilation of pop, rock, and blues with some satirical songs, some meaningless tunes; others with profound lyrics.

To celebrate the milestone album, a tribute tour titled It Was Fifty Years Ago Today – Tour 2019 – A Tribute To The Beatles White Album has taken to the road to celebrate.

The tribute tour bandmates included a mix of musical genres (much like ‘The White Album’ itself) The five superstar artists include:

Todd Rundgren: Founder of the bands Nazz and Utopia; a solo artist with hits including “I Saw the Light,” “Bang on the Drum,” and “Hello, It’s Me”; semi-regular performer in Ringo Starr’s All Starr Band

Micky Dolenz: The drummer and a vocalist for the Monkees; close friend of Beatles’ members

Jason Scheff: Bassist and lead vocalist for the band Chicago from 1985 – 2016. Scheff filled the shoes of former Chicago frontman Peter Cetera, whose voice has an uncanny resemblance. [READ OUR PRE-SHOW INTERVIEW WITH SCHEFF]

They performed alongside and under the direction of the tour’s musical director Joey Curatolo.

The concert opened with Micky Dolenz, wearing his signature top hat and coat, belting out “Back in the U.S.S.R.”  He was flanked by the fours other artists, jamming together as the crowd cheered in delight. Throughout the night, the backup band did a superior job with supporting each song with their guitar riffs, drums, bass, and keyboards.

Side one, song one was off to a great start with everyone on their feet singing the familiar lyrics. The theatre was peppered with fans, comprised of mostly Baby Boomers, many of whom were decked out in t-shirts depicting their favorite band from past concerts.

COMPLETE PHOTO GALLERY FROM THE SHOW

The five artists would make their way through the majority of the songs on ‘The White Album.’ It was fun to anticipate which artist would spotlight the next song.

Scheff’s vocal version of “Dear Prudence’” brought out the song’s spiritual tug of war. The song was written about Prudence Farrow who was on a fast meditation track to reach God and how her friends lured her back to reality.

Rundgren covered “Everybody’s Got Something to Hide Except Me and My Monkey.” Wearing his dark sunglasses, Todd engaged the crowd with his infamous guitar playing as he was seen pacing frequently across the stage. At 71-yeard-old, he’s still rocking and, at some point, the Rock and Roll Hall of Fame needs to recognize his talent, influence, contribution to music, and the unwavering admiration of his fans.

The next few songs featured the hits from the five members’ individual catalogs.  Dolenz took fans back to The Monkees comedic reality show days when he sang “I’m a Believer” (written by Neil Diamond), and “Pleasant Valley Sunday” (written by Carole King and Gerry Goffin).

Molland kept the crowd going with “Baby Blue” and “No Matter What,” from Badfinger’s extensive arsenal of tunes, showcasing why the band is an all-time fan favorite.

Scheff did not disappoint with “Hard to Say I’m Sorry’” and “25 or 6 to 4” with Rundgren playing rhythm alongside him.

Todd transitioned into a few of his greatest hits including, “I Saw the Light” and from the Nazz cover, “Hello It’s Me.” He really enjoys engaging his fans and making eye contact with those in the expensive seats

The audience was also treated the unforgettable voice of Christopher Cross, singing his hits “Sailing” and “Ride Like The Wind.’ He led fans on a road that lead back to 1980, with fans singing along as they often did when Cross came on the radio.

The next set was a compilation of The Beatles covers, most notably were “I’m So Tired” covered by Dolenz,“Cry Baby Cry’” covered by Molland, “Mother Nature’s Son” covered by Cross and “Revolution” and “Sexy Sadie,” both led by Rundgren, during which he threw flowers to the fans.  Todd donned a camouflage vest and shorts to get in character for “The Continuing Story of Bungalow Bill.‘ Fans were blown away by Todd’s rendition of “Helter Skelter.”

This was a show for the record books. The “Fab Five” took us down memory lane via Abbey Road. They shared their own musical history as well as the music of the Beatles and their iconic ‘White Album.’  It appears that these five undoubtedly loved them, too.