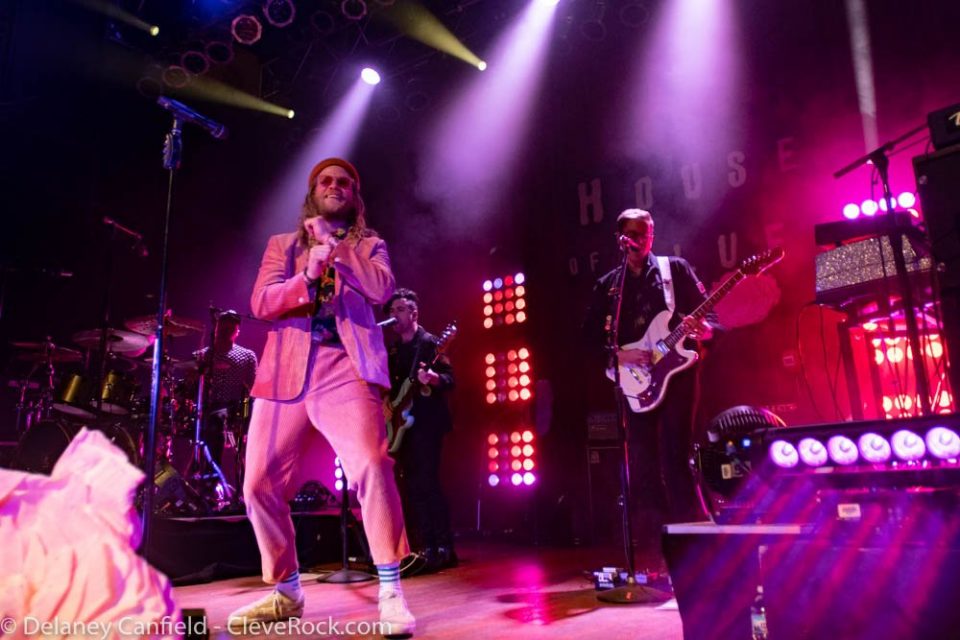 I’ve got a “Brown Eyed Lover” – and his name is Allen Stone! (Okay, more of a crush, but you get the idea!) Mr. Stone brought his current fall/winter tour to Cleveland and with him came an evening of good vibes, fun dancing,  heartfelt songs.

This show was bigger (crowd wise) than previous times Stone has been to Cleveland. It was his first time playing, and selling out, the main stage room at the House of Blues. Two years prior Stone was playing the Grog Shop, but his growth in songwriting and performing lead him on the fast track to bigger and better gigs. Despite this, the show was still centered around the music, and no big theatrics and light … Just a guy, his band if talented musicians, and some heartfelt tunes for a crowd to sing along to.

Stone wasn’t touring in support of a new album like most artists do, but rather supporting a small collection of new singles to build some hype for his upcoming album (tentatively slated for an early 2019 release). His latest singles, “Taste of You” and “Warriors”  were two upbeat crowd favorites, especially with the full band accompanying Stone. These songs provided a nice balance with some of Stone’s older and more somber tracks, like “Where You’re At” and “Love.” Overall, the setlist showcased Stone’s true talent and diversity as an artist. From dance tracks about partying on that weekend to songs about overcoming mental health issues, Stone manages to reach a wide audience by relating to so many stories and understanding the struggles and triumphs that humans face.

Fans are eagerly awaiting Stone’s upcoming album, as his last release was the extended edition of ‘Radius’ back in 2016. There is no doubt the success train Stone is currently riding will continue when the new album comes, and he’ll soon grow out of the House of Blues, just like he did the Grog Shop, in a few short years.

Review: Fall Out Boy w/ The Academy Is…, Paul Wall, and Cobra Starship