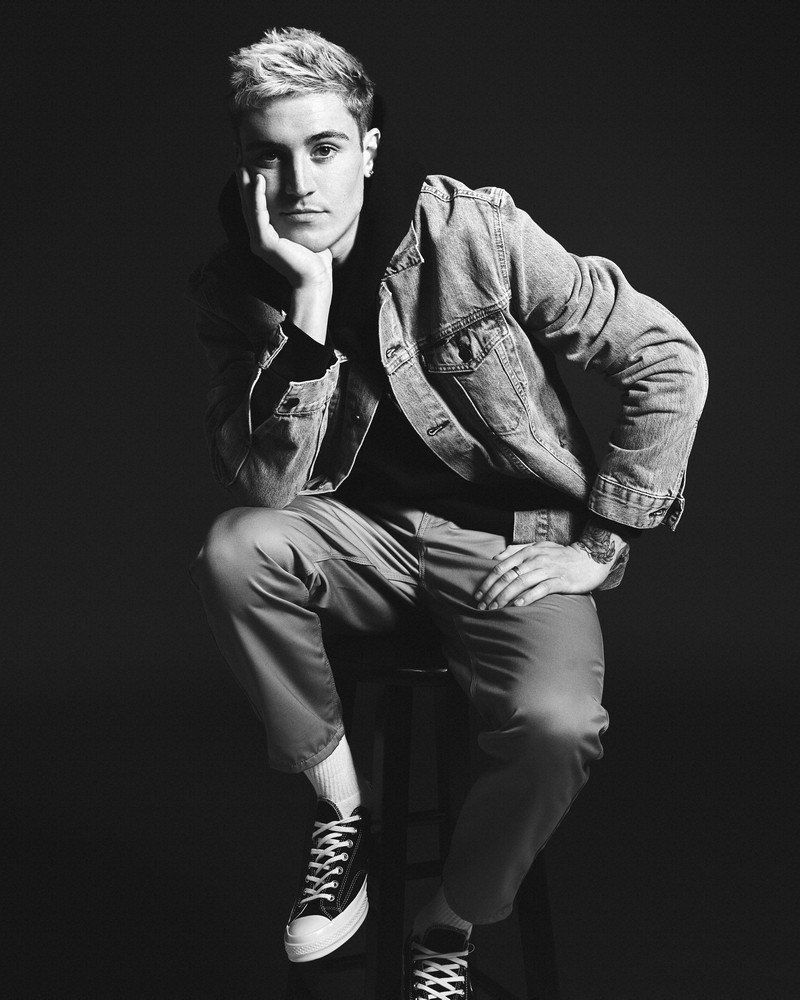 The tune, titled “Saturday (The Wedding Song)” has recently been released for public consumption. In a recent interview with CleveRock, Wilk explained:

“This was written for Baker and Em’. I wrote the song at the start of this year with the emotions of them. I was thinking of them. I was thinking about them when I was writing the lyrics. They have a very cool relationship so it was a very easy song to write. When you write from a place of emotion, songs kind of write themselves,” he said.

Writing a song for his sister’s high-profile wedding wasn’t the end; Wilk performed it live for the bride, groom, and wedding guests at the reception!

“I had sat down with the wedding planner a few weeks earlier and let them hear the song,” Wilk explained. “I talked to the band. Right before dinner, right after the formal dances, the band was like ‘we have one more surprise before Baker and Em’ sit down.’ I surprised them with the song and just did my thing and performed it.”

While new brother-in-law Baker will face all types of pressure this football season trying to meet sky-high expectations for the Browns, Wilk had to take on some pressure himself for this one-of-a-kind performance:

“I’ve done a million performances in my day but I’ve never performed in front of hundreds of people who probably haven’t heard my music, including old family members that I haven’t seen in a while,” he explained. “There’s a different kind of pressure. You don’t want it to be a complete bust in front of people you love. Baker and Em’ both started crying. It went really smoothly.”

Sammy has high hopes for this song. With football season kicking off for the Browns this Sunday, his song has potential to gain some serious traction.

Outside of “Saturday (The Wedding Song),” Sammy dropped an EP earlier this year titled ‘Keep It in the Middle.’

“It was kind of a reintroduction to me, because I dropped music a few years ago, took a nice hiatus, and worked on writing music and perfecting my sound,” Wilk says of the EP. “I came up with ‘Keep it in the Middle.’ It’s a very fresh, useful sound. It’ a mix of genres,. I kind of cross genres of hip-hop, pop, rock(ish), it’s kind of a transformed throughout the entire EP. I was really excited about the project and the people involved in it so we’re going to keep pushing.“

In addition to music, prior to Vine shutting down in 2017, Wilk had quite the following on the social media site. An all-around entertainer dedicated to reaching followers, Wilk explained how he keeps in the ever-changing social media landscape.

“I think you’ve just gotta do what you want to do and be yourself. I think if people enjoy you they will find a way to watch you on a daily basis,” he says. “If they like you enough they’ll find a way to find you.“

And, while Wilk isn’t a Clevelander, he’s an honorary member of the Dawg Pound for as long as Baker reigns supreme in the C-L-E.

“I think everyone in Cleveland loves Baker and Emily. Go Browns! I’ll try and make it to most of the games and check out the Brownies!”