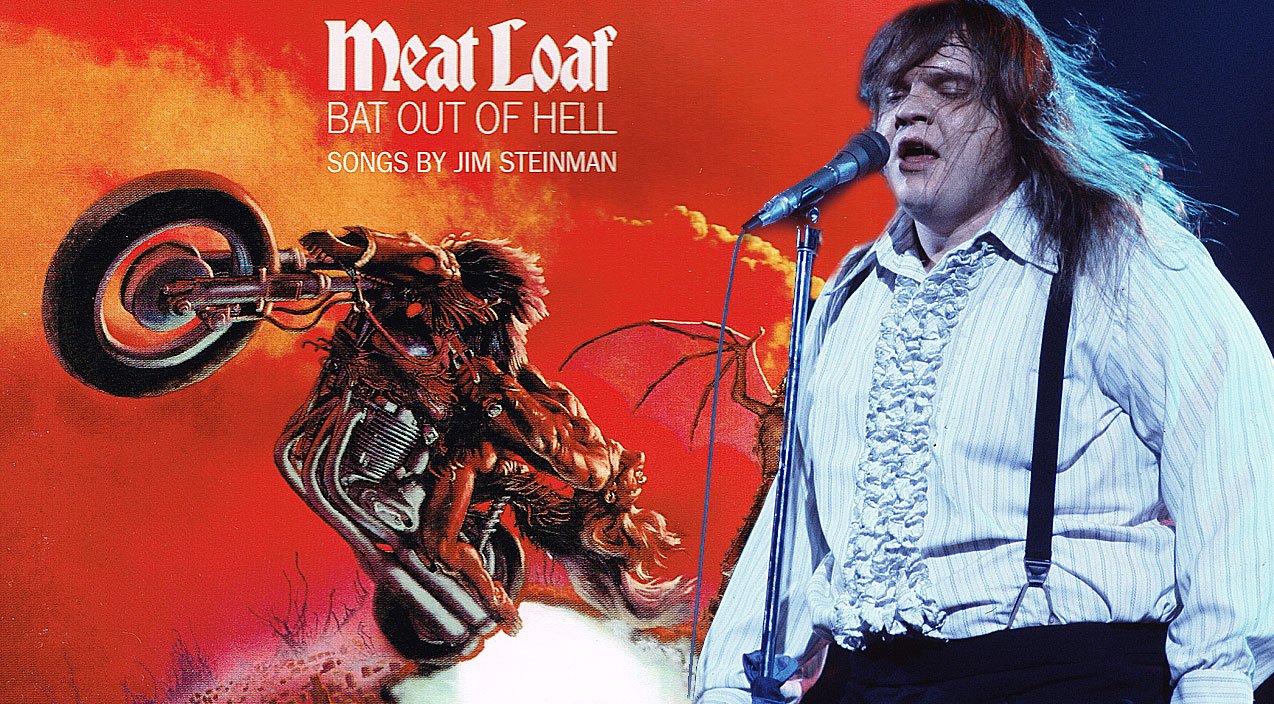 October 21. What a great day for all of mankind. Not only is it his writer’s birthday (Happy Birthday to me? Thank you. Thank you!) in 1983, but six years prior, on the very same date in 1977, one of the best-selling albums of all time, Meat Loaf’s ‘Bat Out of Hell’ was released.

No, I’m not kidding. It is actually one of the best-selling records of all time. It moved over 50 million copies worldwide. In the United States, only three albums, Michael Jackson’s ‘Thriller,’ AC/DC’s ‘Back in Black,’ and the soundtrack for the 1992 film The Bodyguard have sold more copies than ‘Bat Out of Hell.’

CleveRock had the privilege of speaking with the album’s producer, soon-to-be Rock and Roll Hall of Fame Inductee, Todd Rundgren, one day before the album’s 44th anniversary.

Rundgren was asked if he had any clue once the album was finished that ‘Bat Out of Hell’ would go on to become one of the most commercially successful records in the world’s history?

“Probably the opposite,” he said with a laugh.

It’s hard to disagree with Rundgren’s initial assessment. The album is so good, yet so….umm….comically bad? (But, you know, in a good way!)

The insider baseball behind the making of the album is a bit bizarre. Rundgren shared his side of things during our recent chat:

“I wouldn’t have accepted this project unless Meat Loaf had a record deal that was going to finance it. Jim Steinman had such big plans for it in terms of the production so, like the day before, we’re going in to start to recording and got the band all rehearsed and everything because we’re doing the record live in the studio, Meat Loaf says to me, ‘I’m getting grief from my label. They don’t understand me.’ They might have been balking at the cost of the record. He said, ‘I want off my label.’ I told him I wasn’t his manager and that I couldn’t make those decisions for him,” Todd recalls.

He essentially got off of his label the day before we were start to record the record. I went to the studio and said charge it to me, and then I get right of first refusal. We finished the record and Bearsville turned it down. Then Warner Brothers turned it down. Then, every other label almost turned it down. They went and stopped it for six months and couldn’t find anybody to release it until they found Cleveland International Records, run by Steve Popovich,” Rundgren continued.

There isn’t enough capacity under the allotted word count for this article to get into the nitty-gritty of the Cleveland International Records debacle and Popovich’s lifelong battle with Sony, but Billboard ran a comprehensive article for your enjoyment: RIGHT HERE!

“He heard something that nobody else heard. He didn’t have a whole lot of artists. I think that Ian Hunter was the only other artist on the label. He released a single and nothing happened. He released another single and nothing happened. By the time he released the third singe, something started to happen,” Todd remembers. “It was a combination of things. Meat Loaf’s relentless touring, Steve Popovich’s persistence, but I think the biggest factor was that MTV went on the air. They didn’t have a whole lot of videos to play, but there was Paradise by the Dashboard Light that went for seven-plus minutes. VJ’s, much like DJ’s wanted to put on something long so they could go up to the roof and get high {laughs} They put on Bat Out of Hell once an hour once MTV came on the air, just playing the crap out of Paradise by the Dashboard Light. I think that’s the thing that finally pushed it over the top.”

Rundgren was also asked if he had any favorite memories from producing the record:

“It all kind of was sort of memorable in one sense of another, but Meat Loaf always likes to mention the time that I made the motorcycle sound on Bat Out of Hell with my guitar. It was fascinating and it was magical in some way,” he shared?

Another memorable moment? Former Yankee shortstop and eventual Hall of Famer (and famed broadcaster), Phil Rizzuto made an unusual contribution to the album, announcing a mock “play-by-play” on the albums’ sixth track, “Paradise By the Dashboard Light.”

“They paid him $5,000 dollars. Nobody on the record was getting paid $5,000. I was not a baseball fan then and I didn’t understand. I thought that Phil Rizzuto worked for The Money Store,” Rundgren said laughing. “I was kind of a little bent out of shape because we were paying so much money to this guy that I didn’t really know. It took him five minutes to do it, and he walked out with $5,000. That miffed me a little bit. In the end, it probably was totally worth it.”

And, THAT, my friends, is the story of how to move 50 million copies of one of the most bizarre records of all time.