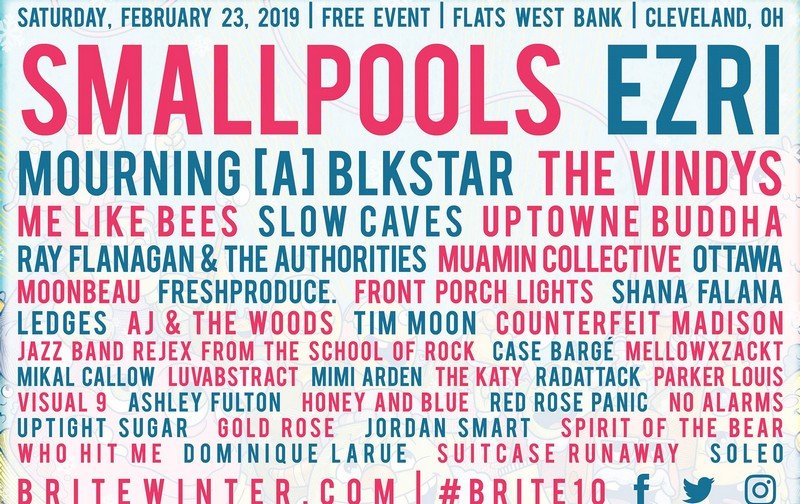 Brite Winter, an annual Cleveland tradition that has found a home in the West Bank of the Flats, has unveiled the 2019 lineup of musicians that will perform across various stages during the free(!) event, scheduled to take place on Saturday, February 23.

The festival’s mission is a simple one: “To bring joy to the Cleveland community through arts and music.”

The tenth edition of Brite Winter includes national headliner Smallpools (an incredibly cool band, if you have yet to check them out) and local headliner Ezri, an up-and-coming hip-hop star in the making.

While most of the musical acts on tap hail from North East Ohio, out of town guests include Joplin, Missouri’s Me Like Bees and Fort Collins, Colorado’s Slow Caves.

As far as the local flavor, this writer’s three ‘can’t miss’ acts?

The event will feature a plethora of other art, including ice sculptures! Fire pits will help make the event cozy, no matter how cold the night. Hungry? Thirsty? Check out one of the food trucks or grab yourself an ice cold craft beer.