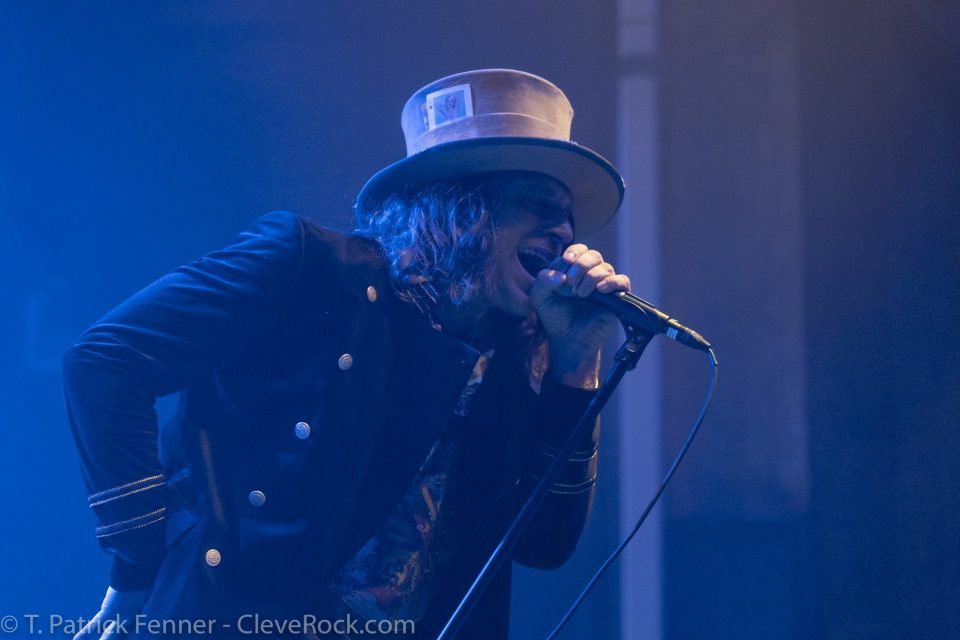 That’s how Dirty Honey guitarist John Notto describes his band’s sound. A more accurate self-description has never been given. (It’s refreshing to hear a band member coin an original phrase instead of “we sound like [Insert all-time great A, B, C, HERE]

Sorry, Bob Seger, this isn’t “old-time rock and roll” (although elements thereof can be heard throughout the band’s five-track self-titled EP). And, if Mr. Billy Joel says “it’s still rock and roll to me,” he better mean it as a compliment.

CleveRock checked in with Dirty Honey frontman Marc LaBelle ahead of the band’s upcoming show in Cleveland, OH on Saturday, October 5 at The Agora (with Alter Bridge and Skillet).

“Millennials have been starved of truly great rock music for a long time. Every day walking around L.A. you’ll see dozens of T-shirts with Zeppelin, the Who, the Stones and Beatles logo. Rock ‘n’ roll will never die — thought it might take a nap for a few years here and” there.”

So, what is Dirty Honey doing to fill the void of straight-up rock music that Millenials so desperately need?

“I think it’s a lot in the way we approach music as a whole. Injecting some soul in there is important, but I think our generation has become so accustomed to this Pro Tools® environment and it’s easy to make things perfect, right?” LaBelle tells CleveRock. “I think getting in a room and playing the songs to the best of your ability and doing it live is the way to capture something unique and raw. It’s something that we’ve been doing when recording and demoing tunes: keeping it raw and keeping it simple. The simplicity of just four guys getting in the room and laying it down is where you get a lot of the magic.”

While Clevelanders with a radio should already be familiar with Dirty Honey’s sound, as they have reached #1 with their single “When I’m Gone,” the Los Angeles natives will have a 30-minute set before giving way to Skillet and Alter Bridge at their aforementioned tour stop.

“We keep it tight; keep it short and sweet, and keep moving it along,” LaBelle says of Dirty Honey’s show. “It’s a high-intensity show. We try and bring the energy and try to bring the soul.”

LaBelle also notes that this tour is a golden opportunity to introduce to Dirty Honey to unfamiliar audiences; everyone’s a new potential customer.

“I think that’s why we do this, right? To make an impression on potential new fans and, you know, it’s definitely validating at the end of the day. That’s why we’re doing it,” he adds. “Hopefully, it keeps happening more and more!”

But that’s not the only reason to do this tour! While quite seasoned for an up-and-coming band who are still without an LP under their belt, LaBelle knows that there is still much to be learned. Who better to learn from than Skillet and Alter Bridge? Both bands have defied the odds and had success across multiple decades. Marc has high praises for Alter Bridge frontman Myles Kennedy in particular:

“I talk to Myles every night about something. He’s a great guy to learn from. He’s got a resume that’s pretty long and an illustrious career. He’s a great person, a great professional, and a real nice guy. He’s a huge fan of ours, which is even better that he even likes us, but we talk all the time about singing, vocal exercises, how to keep from getting sick, and retaining your voice and take care of it. Just watching him and his daily routine is pretty interesting,” LaBelle said. “You don’t get gigs with Mark Tremonti and Slash, arguably two of the greatest guitarists to ever rock the earth without being a great professional and great person. I look up to both Myles and Mark. They spend a lot of time with our band. They are grateful to be doing it, too. That’s really refreshing to see.”

While Dirty Honey have won over fans at their shows, they have also been winning all-time greats into their corner. Guitarists like Rock and Roll Hall of Famers, Slash, as well as Pete Townsend from The Who, have had Dirty Honey open for their respective groups.

“I heard Al Pacino said something along the lines of, ‘actors sometimes need a little bit of encouragement to keep going, to keep trying to achieve something great.’ When someone like Slash or Pete Townsend kind of anoints you and says nice things about you, it’s encouraging, obviously, and it’s just enough of a compliment to keep you going and to keep striving for greatness and chase your dream,” LaBelle explains. “Who knows better about what we’re doing than those guys? We couldn’t be more honored to have played with those guys and we got a lot from them; more than anything I’ve ever dreamed of.”

Marc reflects on playing with both artists:

“Playing with The Who was crazy! It was our first arena gig,” he said. “All of the gigs with Slash were amazing. We did shows at the Ryman in Nashville. That’s a super historic venue and we got to play there with one of our favorite guitar players ever in Slash.”

It might surprise some that these prestigious gigs, although incredible experiences for the band, might not even be their favorite shows so far.

“Honestly, all of those gigs were amazing and milestones in our short career. The ones that stick out are these little headline gigs we do,” LaBelle said. “We did one in Chattanooga and there were maybe 200 people, but they are really passionate about Dirty Honey. They know every word to Dirty Honey songs. They aren’t there for any other reason except to see us. It’s especially awesome for us because we aren’t used to that yet.”

“We’re going to build on what we’ve had. Doing a headline tour would be great. Getting over to Europe would be a good deal for us,” LaBelle said of Dirty Honey’s upcoming goals. “Those are some short term things we can focus on.”