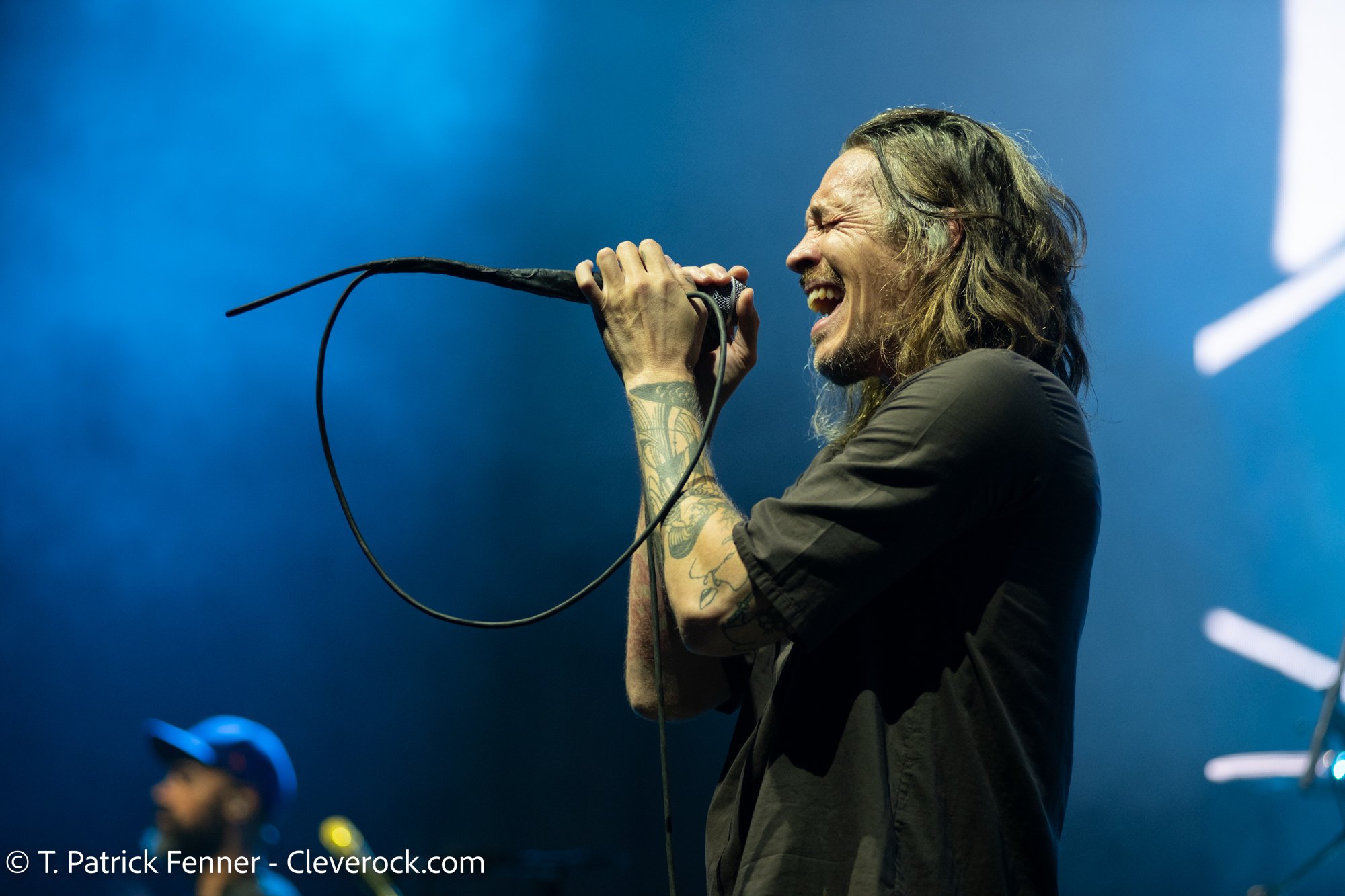 Oh, the humble beginnings of CleveRock. What started out as a project created entirely with Microsoft Frontpage and looked embarrassingly atrocious, has now grown into one of the best music & entertainment websites in the region. We needed help, though. In July of 2003, that help came in the form of the touring production of Lollapalooza, who through some slick manipulation from our founder, landed this reviewer and photographer media credentials to the event. With only one major event under my belt (Foo Fighters at Tower City Amphitheater), I was amped AF to get into the photo pit. Armed with a digital point and shoot (in an era where half of the photographers were still using film), I was ready to capture the action of headliners Jane’s Addiction, Audioslave, and one of the hottest bands of 2003, Incubus!

Many of you may not remember how Cleverock got its start. It was the brainchild of our one and only Joel Voorman back when he and I were in high school. We didn’t know what we were getting ourselves into. Starting an outlet to promote, review and photograph concerts has to start somewhere, and one of those places was with Incubus.

There were a few bands that said yes to us from the very beginning. However, the last year that Lollapalooza was a touring festival really helped us out the most. The lineup was pretty amazing; Jurassic 5, Queens of the Stone Age, Audioslave, Incubus, and Jane’s Addiction were the main headlines. A fresh out of high school T. Patrick Fenner was still learning how to be a concert photographer. Having that many amazing artists in one show and Cleverock there to cover the event really helped bring legitimacy to our baby site

Almost 20 years and a few hundred concerts later I found myself back at Blossom Music Center once again seeing Incubus performing on this same stage. Both they and I have grown up a lot since then, but having been there on August 9th, 2022 I can vouch that they still have the same energy today as they did in 2003.

While Incubus’ last studio album was 8, they released Trust Fall (Side B), just shy of the pandemic’s beginning. Having had the opportunity to speak with bass player Ben Kenney, he said that he likes to think of this tour as not just a greatest hits tour, but a chance to play some of those new songs from the EP and help celebrate the 20th anniversary of Morning View.

The band did just that. After walking out on stage to a recording of Dire Straits, “Money for Nothing,” the band jumped right into “Nice to Know You,” the first track off of Morning View. The audience on this perfect weathered Tuesday night. Those that remember the album’s track order might be accustomed to hearing “Circles” next. That’s exactly what did happen. “Circles” got anyone who wasn’t already, on their feet. For those keeping track at home, you would then expect “Wish You Were Here,” to be the third song played, and you would be right. The first three songs of the night were the first three songs of their album. It literally brought everyone back to 20 years ago when this album came out.

The night was met with a welcome reception. I personally forgot how many Incubus songs I really love. The band just sounds so tight and put together. You might think after 20+ years a band might get into the groove of just phoning it in. This is not the case. Ben Kenney (Link to interview) and José Pasillas make up one of the best rhythm sections around. Not only are they locked in but just love playing together.

Quick side-note, Jose posted some photos of himself cycling on his Instagram. He was seen to have traveled from downtown Cleveland and enjoyed our Towpath Trails. It’s really cool when you get to see bands in town enjoying more than just the Rock and Roll Hall of Fame.

Mike Einziger was seen in his traditional space in front of his guitar amps. He seems to love being tethered to his effects pedals as one of the few guitar players who refuses to go wireless. Mike was on top of his game as always, the way he can fill both rhythm and solos just adds to the respect that he deserves.

For those ladies and gentlemen who have their crushes on Brandon Boyd, he didn’t disappoint. The first into the concert he got the more shirtless he became. None of that took away from these amazing vocals. Having been at their sound check earlier this day you could tell that he was saving his voice for that night’s concert.

Some other highlights performed that night were, “Sick Sad Little World,” which when done live ends up being an amazing jam session. Mike’s guitar solo is always different yes similar enough not to disappoint. Their newest song “Karma, Come Back,” off their Trust Fall (Side B) was a fun surprise to everyone in the audience. This was followed up by a Lenny Kravitz cover, “It Ain’t Over “Til It’s Over,” as a present surprise and original interpretation. My personal favorite is “The Warmth,” which was performed so amazingly.

Overall the night was just what everyone needed. The band was fantastic and the nostalgia was there for everyone to enjoy. With the weather being perfect it was one of the most memorable evenings of the summer. Incubus is just one of those bands that even if you don’t know what they are up to from month to month or year after year you can always just head to one of their concerts and not be disappointed. I know for myself seeing this band performing on the same stage I had those 20 years ago was something really poetic. A band who then wouldn’t haven’t been able to fill all the seats of Blossom has matured into a band who did.