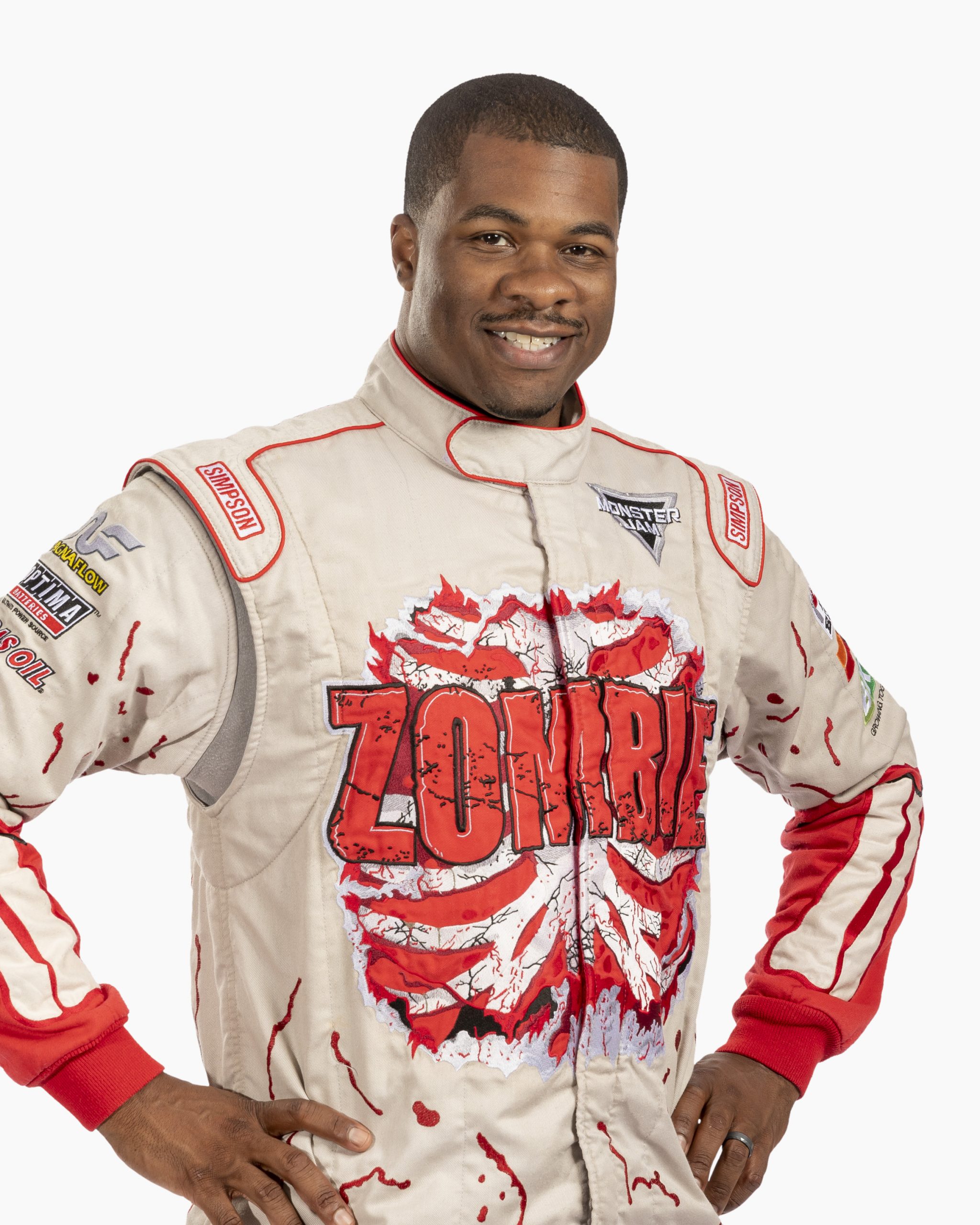 Riddle me this: What’s louder and flashier than fireworks and in town over Fourth of July Weekend?

Did you guess Monster Jam at First Energy Stadium on Saturday, July 2? Congratulations, you guessed correctly!

The world’s most skilled drivers are bringing their 12,000-pound machines (capable of speeds up to 70mph) to town to celebrate the competition’s 30th anniversary.

CleveRock had the privilege of catching up with Monster Jam driver and Cleveland native, Bari Musawwir ahead of the Cleveland date to get the scoop on his personal Monster Jam journey and what fans can expect come July 2.

Out of the gate, Musawwir, driver of the Zombie truck, a 41-year-old competitor who has been competing since 2010, could not contain his excitement to be coming home to display his talents in front of the city he grew up in.

“When they first announced that Monster Jam was coming to First Energy Stadium in Cleveland, where I was born and raised, I was super excited to be coming home to see some familiar faces and make some new fans here,'” he said.

Fans of Monster Jam (and consumers of local Cleveland advertisements) are well aware that Monster Jam comes to Rocket Mortgage FieldHouse every February. Of course, those showcases are indoors with limited space. The drivers have to tame their machines out of respect for the limited space and of course, safety reasons.

“That’s what I’m really looking forward to. All of the Cleveland fans; all of the Northern Ohio fans; seeing the true potential of these trucks in a big stadium setting. Once you see it in the stadium you are hooked. It’s really fun to be able to introduce this to a new market that hasn’t had a stadium show in over 25 years. They had one event at the old Municipal Stadium. That was years ago,” Musawwir continued. “I like to say that Monster Jam is at home outdoors in a big stadium setting where you can show the true power of these trucks. They have 1500 horsepower and weigh 12,000 pounds and have 60” tall tires. They are pretty invincible machines to control when you’re behind the wheel. I like to tell people that you learn how to drive in smaller settings because you really have to be conscious of the truck and the building. In the stadium, it’s a lot easier. You don’t have to worry about that as much. We can really go out there and get some big air jumps and even do backflips and the donuts. The sky is the limit. There are so many tricks that we can do. We throw caution to the wind a little bit. I call it controlled chaos.”

Bari was asked to describe the Monster Jam competition that will be taking place in Cleveland and what fans can expect.

“The event that’s coming to Cleveland will have three different competitions,” he explains.

“The first competition that kicks off the show is the Monster Jam racing. It’s a bracket race like any other sporting event like the Sweet 16 or NBA playoffs. We start with 12 trucks and then we race in a bracket-style format and we get down to the final two and then the winner of that is the actual racing winner,” he said.

“We move into the skills competition, where we try to balance the truck on any two tires and the fans actually get to vote for it. Monster Jam is the only motorsport where we get the fans involved. They determine who is going to win,” Bari continued.

“The final competition, which is also judged by the fans, is freestyle, which everybody loves. We get two minutes to go out there and tear up the tracks and trucks and do something crazy like the backflips, big air, and donuts. It’s all combined into one,” Bari explained.

“Each competition, the higher you finish, the better the chance of achieving the overall championship.”

Being a Monster Jam driver is quite the coveted job. It has to be right up there with being a rockstar or astronaut. The field of Monster Jam drivers is a small and proud niche. How the heck does one have such good fortune to be selected for such a great gig?

“Everybody has a different avenue that they take to get involved with Monster Jam. I have a unique story as to how I was discovered; racing radio-controlled Monster Jam trucks at the home of the Gravedigger truck in Poplar Branch, North Carolina in 2006,” he explained. “One of the Monster Jam officials just happened to be there and he kind of took notice of the RC race and told me that if I can drive an RC that well, I could probably drive the real deal. He gave me a test drive in the test field and the Monster Jam director had no idea that it was a dream of mine at the time. My mom introduced me to monster trucks when I was six years old at Pontiac Silverdome in Michigan and at that moment that is what I knew I wanted to do.”

This writer, out of sheer curiosity, had to ask if there is ever a time when one gets used to the power of these vehicles. Is this something that is ever taken for granted?

“No. Never. Never,” he said with a laugh. “These trucks are beasts. To be behind the wheel of them, they actually drive me because you never know what they’ll come up with. There is never a dull moment. There is a full force of adrenaline you get out there. I keep my smartwatch on me while I’m racing and I just watch my heart rate go up.”

Bari is the ‘kid’ from Cleveland that made it to the big time. He achieved his dreams. What advice does he have for Cleveland students following in his footsteps to one day achieve their own dreams?

“Never give up. It might not happen right away when you want it to initially. That time frame that passes in-between the time that you want to figure out what you want to from when you develop a passion for something, educate yourself on everything you can,” he advises. “You have to surround yourself with the right people and make the right choices. One day, hard work will pay off and if it’s something you work towards and you genuinely have a passion for it, it will mean that much more to you.”