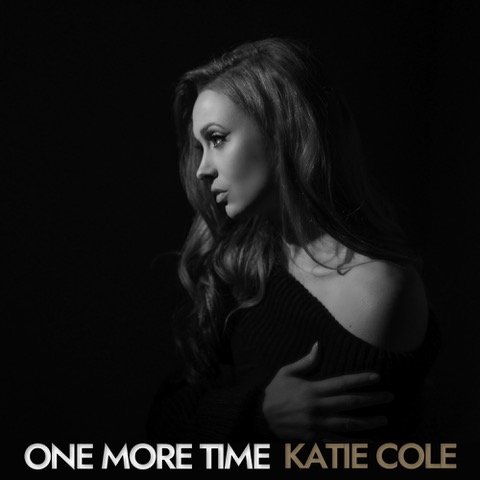 In the classic fairy tale ‘Cinderella,’ the idiom “turn into a pumpkin‘ was born. In the story, Fairy Godmother magically transforms a pumpkin into a beautiful carriage to transport Cinderella to the ball, under the pretense that at midnight, all of the magic created that night would revert back to normal. Written in 1697, the past 325 years have given the phrase “turning into a pumpkin” a negative connotation worldwide.

The Australian-born and current Nashville resident has flipped the script. Cole first ‘turned into a pumpkin’ in 2015. A Smashing Pumpkin, that is! She has toured with the legendary group in multiple roles including bass, keyboards, and backup vocals over the past several years. Cole popped up on frontman Billy Corgan’s radar via her record producer, Howard Willing, who has worked with Smashing Pumpkins dating back to their 1998 ‘Adore‘ record. The rest…is Rock ‘n’ Roll history.

Replying to interview questions via e-mail the day prior to her appearance in Cleveland with SP, Cole states that she is certain to never take her opportunity for granted.

“You never get used to the feeling of these crowds or the massive responsibility that you are undertaking,” she said. “I have had so many bucket list checks with this band. It’s unbelievable. I have played Madison Square Garden…. twice. I’m so grateful to be where I am.”

Her journey has included playing some of the most historic stages across the county, her favorites so far?

“Bridgestone Arena in Nashville, as it’s my hometown. And Madison Square Garden, cos MSG!!!”

In addition to multiple touring roles with Smashing Pumpkins in recent years, Cole was also tapped to arrange background vocals for SP’s upcoming 33-song Rock Opera, ‘Atum.’ She was asked to describe the creative flow she uses for such a massive task.

“To explain the process is extremely long. But much like Cyr, The band works up X amount of songs til they are pretty close to finished. Usually, this is about a year of writing and pre-production before I even get to work on the material. Billy often knows what he wants to draw in as inspiration. For example, maybe this song is more Bowie, or this one is more Peter Gabriel or More Kiss. The references can be really exciting and ‘out there”'” she said. “Usually I’ll listen to each song and mark down any parts that stand out to me as being a ‘moment.’ Then I’ll do a second listen and start plotting out parts. I think like an orchestra when I’m doing this work. Some parts need to complement the lead vocal. Some parts need to be interesting subtexts. Some parts need to accentuate a guitar or key part. But I’m always interested in hooks. And seeing how far I can go with an idea. I do this EVERY song. Then we go into the studio to work through and track these. We will listen down top to bottom with none of my temp BGVs. Then listen down with the temps in. And Billy will decide if he likes this or wants to change that. Add more here, less there. Go further with that, lean this part out. Sometimes it’s ‘great, I love it.’ And we just re-track everything I did. it depends on the song.”

Fans that discovered Katie through her beautiful Americana solo material might scratch their collective heads when hearing about her SP gig. Conversely, Pumpkins fans may be a little surprised to hear her solo material.

Asking Katie if she agrees with our take:

“Yes and yes. But the turning point for many fans is when the parallels in the genres and songs,” Cole said. “I did a solo acoustic tour with Billy in Europe in 2019. His album at the time ‘Cotillions’ which I also added some BGV’s to, is very folk, Americana, and earthy in its style. So when I play a set of acoustic songs with stories, and then Billy does the same thing…people go “a ha”. Like a lightbulb turns on. Great songs often start on a guitar or a piano…so making the connection isn’t that difficult. And when you see artists just play a song as it was written, it’s NEVER a matter of genre. It’s more about “do I like this song?”

Cole’s recent single, “One More Time,” {video above} is a solid representation of what fans can expect from her solo efforts.

Katie was asked if “One More Time” is planned for part of a bigger collection, or if releasing primarily singles is the best route for her to take?

“No it’s actually the reverse of that equation. It was originally going to be a part of my “Things That Break” project. But after I released an EP of 5 songs…I realized I should focus on the rest of those songs as singles. If you give people 5 songs to listen to, they’ll single out one or two. If you give people one song…they’ll listen to one. hahah. So I staggered out the releases of several other songs from that bunch,” she revealed. “I kept ‘One More Time’ ’til last. During the pandemic, I launched a Kickstarter and successfully recorded a brand new EP called “Rivers & Roads”. I have released three songs from that over 2021 and 2022 leading up to the full EP being released. But I started getting that feeling about ‘One More Time’ while making this EP. So Howard Willing re-mixed the song… and then it was ready to get out there. It always felt like a song that should sit on its own. I make my own rules… so I released it now with a really emotional video shot by Chelsea at Dire Image. In today’s market, it’s ok to say one thing, then another thing. It doesn’t all have to be the same. I don’t think anybody wants too much of the same thing from any artist.”

Musicians such as Cole, who mix in their solo careers along with touring obligations with a powerhouse, have the unenviable task of trying to find the right balance between the two. CleveRock favorites Tim Reynolds (of Dave Matthews Band fame) and Nils Lofgren (of Bruce Springsteen’s E Street Band) have stated that they like to write during what minimal downtime they have while touring with their “day jobs.” As for Katie….not so much.

“I usually don’t ‘plan’ to write while on the road. Whether I’m traveling playing my music or Pumpkins, there is something to be said for being in the right headspace,” she clarifies. “Personally, when I open up creative doors for writing, it’s intentional. So I like to sit down to write. And when I’m open to ideas, they come. I never fully shut the door though. So ideas, song titles, and concepts may still drift into my brain. And I’ll take a voice memo or note. But often those notes only become useful when I sit down to write on purpose. You really have to give yourself fully to the craft to do your best work. It’s difficult to write or craft something honest and meaningful when you’re busy doing other things.”

While Katie said she won’t have time to sample all the great things Cleveland has to offer while she is in town, she was able to detour to the Rock and Roll Capital prior to a show at Blossom Music Center in 2019.

“I went to the Hall of Fame on the last trip with part of the Smashing Pumpkins’ band and part of Noel Gallagher’s band as we were touring together,” she recalled. “So much amazing history there!!!”

So….what’s next for Ms. Cole when her current Pumpkins tour wraps up?

“I have a Christmas song to release and more work for Rivers & Roads and getting product out to people when it’s ready!!”