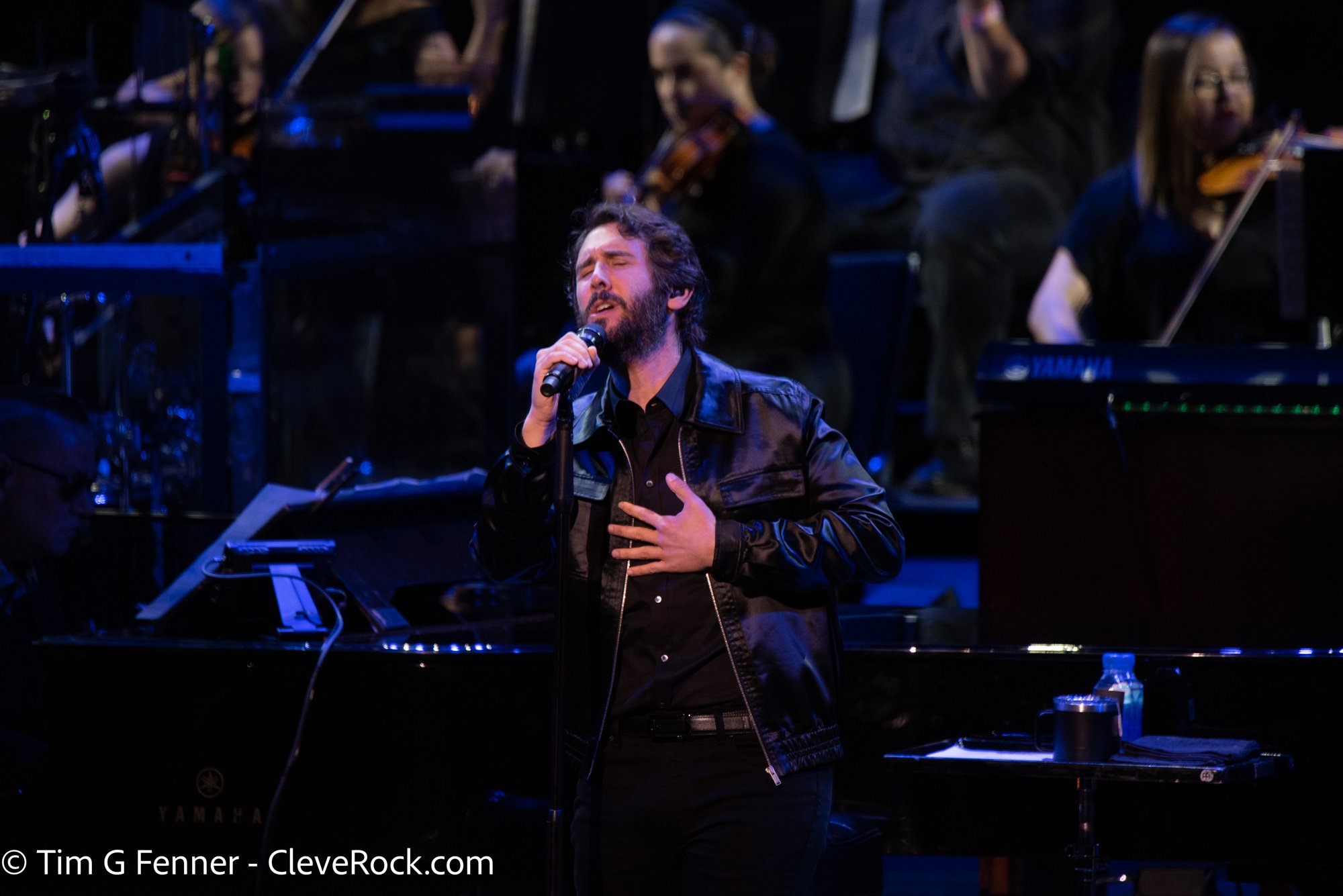 Josh Groban’s latest album, ‘Harmony,’ his ninth studio effort, was released in 2020. His tour of the same name is finally on the road post-pandemic closures, and the tour’s namesake could not be more perfect. Fans anxiously awaited his onstage presence, flanked by his impressive backing orchestra. The crescendo from said orchestra started the evening off with Frank Sinatra’s “The World We Knew.” (Does anybody even remember the “world we knew” prior to March 2020?) The song set the tone for a lovely evening. Groban’s baritone voice is strong, smooth, and unmistakable. His second selection of the evening, “Shape of My Heart,” a cover of the classic song by Sting, was soft as Groban let the lyrics linger. Fans nestled in their seats in HARMONY with their loved ones; leaning on one another.

The Grammy-nominated singer (who has also tried his hand at producing records and acting) is known globally for his distinct voice and musical versatility. Groban can switch genres on a dime. Pop, classical, rock, show tunes, and everything in between…This guy’s voice can do it all! There is a reason this guy has sold more than 35 million records.

Groban performed many other covers on the evening, highlighted by Robbie Williams’ “Angels.” (His ‘shout out’ to Robbie drew quite the ovation from the crowd.)

A special treat on the evening came when Groban introduced Lucia Micarelli, a violinist in his backing orchestra, who played a classical solo that left the audience breathless. Micarelli understands how music should feel and is a true master of balancing pace and rhythm. She joined Groban for a performance of Joni Mitchell’s “Both Sides Now.” Her soft, airy, sultry voice added to the depth of the melody.

A comical moment to some (an annoyance to others) was when Josh was interrupted by a baby’s crying. He joked that he was impressed with the stamina of the young fan.

Groban shared stories, including one of how lucky he was to have both a piano and guitar in his home while growing up.  He explained that music can soothe the soul and, if you can give your child the gift of music, their world could be changed forever.

Groban’s hidden talent lies behind a drum kit. (What can’t this guy do?)  Roadies brought out a drum set to the delight of a cheering crowd. He did a call and response with the three other percussionists.

Groban continued with more covers (he performed 10 total on the evening) including Peter Gabriel’s “The Book of Love” and “Not While I’m Around,” (composed by Steven Sondheim).

His set concluded with his version of “You Raise Me Up,” the song that sprung Groban to the forefront of mainstream exposure. He would return for a one-song encore, a cover of Mitch Leigh’s “The Impossible Dream.”

Immediately prior to Groban’s set, Preservation Hall Jazz Band, who are fresh off a performance at Something in the Water Festival in Washington DC, where the band joined Dave Matthews Band for their set, took to the Blossom stage. The group is named after a New Orleans’ jazz club of the same name, that was founded in 1961 by Allan Jaffe.  Jaffe passed away in 1987 but his son, Ben Jaffe is a current member of this seven-piece band (down one member at Blossom on this evening).  PHJB was high-energy and received plenty of notice from the audience.

This evening’s stage was quite simple. No large video screens (except for the large left and right of stage monitors), fewer video cameras, and a more simply lit stage.  The audio quality was excellent.  The orchestra was accompanied by set drums (two of them, actually, and three when Groban joined with his) and a substantial stand-up bass.

Groban and the amazing orchestra put on an outstanding show tonight.  Josh said in a recent interview that “’Harmony’ became something I just wanted to release because I just loved it.” Hey, Josh! We loved the “Harmony” tour, too.