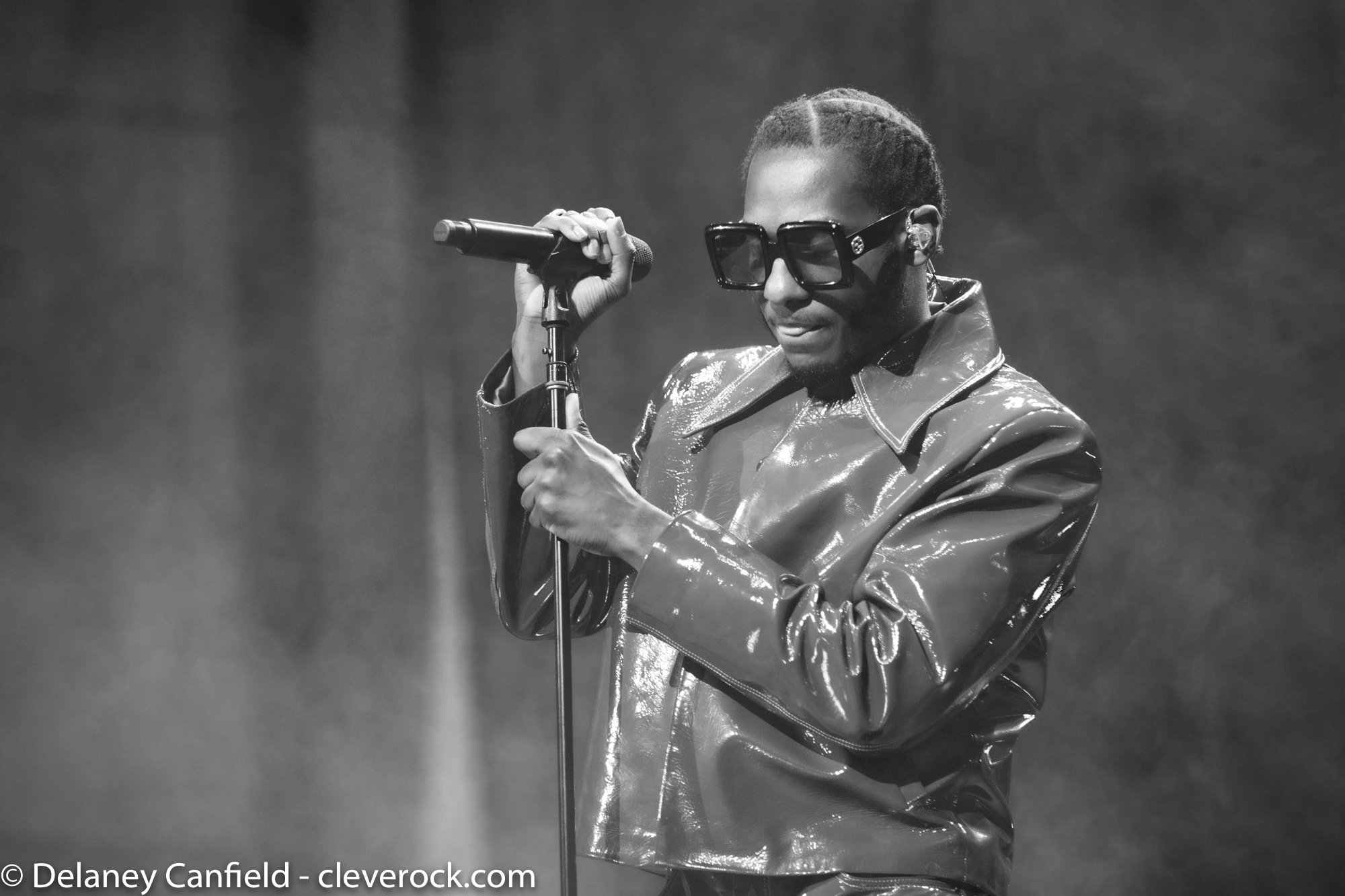 Heck yes! Summer is still officially 44 calendar days away, but the unlocking of the gates at Jacobs Pavilion at Nautica on Sunday night (May 8, 2022) signaled the concert-goer’s first day of a new season.

Not quite the same thrill as opening day in baseball, but let’s not ignore the parallels: larger than usual crowds, a sense of hope and optimism, a child-like giddiness, and there’s even a peculiar smell in the air (just substitute the scent of a river that once caught on fire in place of hotdogs that are undoubtedly leftover from September).

And, let’s be honest, is there any more exciting way to kick off the season than with the incomparable Leon Bridges? No stranger to Cleveland, Bridges has been through several times before, including a show at Jacobs Pavilion pre-pandemic in 2019.

This writer once saw two well-known scalpers (who can be seen peddling tickets outside virtually any Cleveland concert) head into Leon’s show and dance the night away. Grammy Awards, Gold Records, and an invitation to perform at the Democratic National Convention are all incredible accomplishments. However, is there any more significant accolade than a ruthless scalper foregoing his profits for the night to slip into your show? I didn’t think so.

If Justin Timberlake brought sexy back, Leon Bridges has brought soul back. Please think of how revered the greats were back in their day. Al Green. Stevie Wonder. Marvin Gaye. He honors their legacies without trying to imitate nor duplicate them. He is his own. He is original. But the influences of said greats clearly shine in Leon’s words and voice.

While certainly not uncommon for an artist to peddle new material on their tours, Bridges went all in, performing all ten musical tracks on his 2021 release, ‘Gold-Diggers Sound.’

Why not? The record was appropriately nominated for a Grammy and is fantastic from the opening track, “Born Again” (featuring Robert Glasper) to the ending number, “Blue Mesas.” (Both tunes were performed mid-set). The rest of his set was well-balanced between his previous efforts, 2018’s ‘Good Thing,’ and 2015’s ‘Coming Home.’

Can we talk about this dude’s dancing abilities? His soulful voice has been called a modern-day Sam Cooke and compared to many soul legends that came before him. But c’mon, his dancing doesn’t get the watercooler talk it deserves. While nobody’s moonwalk will ever be as iconic as Michael Jackson’s, a hint of the one-time King of Pop is alive in Bridges’ steps.

He began the night by asking his audience, “Where are my dancers at?” His dancing is contagious. For those not moved by the music, they were subconsciously mimicking his dance moves (albeit poorly), but hey, what’s the old adage? Dance like nobody is watching? And the fans did, while Bridges’ movements were cheered by thousands watching.

Leon said his goodbyes after he closed his main set with “Bad Bad News.” The good, good, news is that he returned for an encore that sent everyone home happy.

After a beautiful rendition of “Coming Home,” Bridges closed out the night with his song “River,” where he belted out the lyrics, “take me to your river.”

We’re already here, Leon! Literally sitting on the banks of the mighty Cuyahoga; figuratively in a state of mind filled with release from stress and forgetting one’s troubles at the river’s edge.

The night wasn’t without its hiccups. Some fans were trying to figure out how to ford the river (Oregon Trail style) due to the Center Street Bridge being closed, will-call patrons couldn’t find the damn box office, and Mother Nature could have raised the mercury in the thermometer a little bit more. All-in-all, who cares? It’s showtime.

If Bridges’ set is an indicator of the concert season to come, this summer is NOT going to suck.