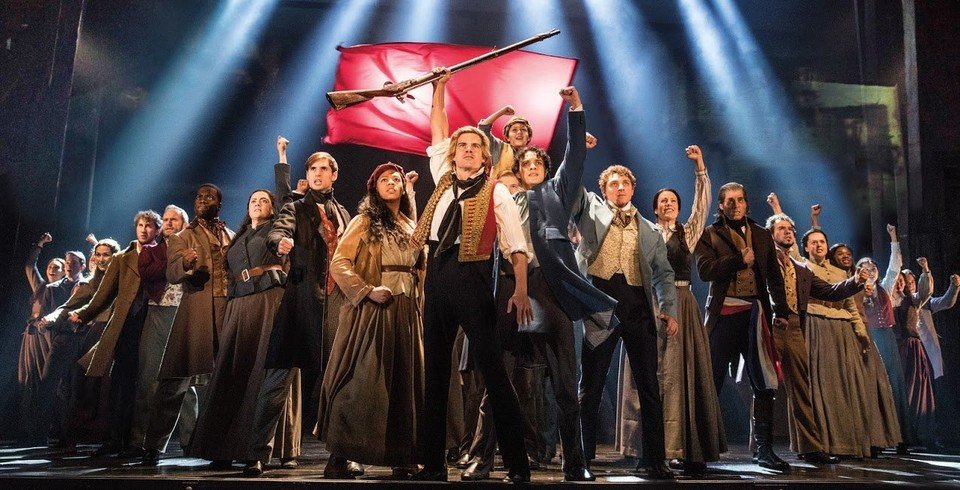 Anyone who has driven in any major city in their life has more than likely seen a poster for Les Miserables on tour at a local theater. In Cleveland specifically, the show was last at Playhouse Square in 2013 (and 2011 before that). The musical based on Victor Hugo’s classic novel is the fifth-longest-running show on Broadway and has toured 44 countries. As if that didn’t make it popular enough, add in the 2012 movie starring some of Hollywood’s biggest stars and it’s a safe bet most of the world has met the infamous Jean Valjean.

For those who have somehow managed to not know what “Les Miserables” (Les Mis as it is called by theater goers), the story follows the life if Jean Valjean, a man who was imprisoned for stealing a loaf of bread, receives parole, and then breaks that parole and spends his life being hunted by the villainous Javert. As the show unfolds, you get snippets of other stories that weave together: the mother Fantine who sells her body to get money for her sick daughter in a town far away, the rebellious soldiers fueled by the idea of revolution, and the heartsick Eponine who must watch as her love Marius falls for another woman. In a 2 and a half hour (originally nearly 4 hour) show, there is clearly a lot more that happens, but this gives you at least a brief outline.

So how does a show that is so famously and widely known go on tour and appeal to new generations of ? The heartfelt and passionate songs, the epic, heartbreaking yet inspiring story all help, but what else can there be? In this case, it was the brilliant cast. A story that might be seen as confusing or ‘too long’ can appeal to anyone when the cast performing it are so invested in their characters and performing at such a high caliber. Nick Cartell as Jean Valjean is both bold and broken, loving and menacing, and overall as brilliant in selling the conflict that lies within the character. He belts proudly in, “Who Am I?”, but then shows an impressive range in, “Bring Him Home” to show the contrast of the character and some truly impressive showmanship.  Josh Davis as Javert is even more terrifying than you’d expect him to be, and even from the back of the you could see the cold look in his eyes throughout the show. And in the midst of these serious characters, Allison Guinn and J. Anthony Crane provide several moments of wild and cooky relief as the outrageously evil Thenardier and his wife. Their galloping and drunken “Master of the House” and “Beggars at the Feast” are delightfully and add a comedic side to an otherwise very serious show.

These brilliant actors, combined with a set that was both simple and powerful as a storytelling aspect, made for a perfectly modern rendition of a classic show. If you missed this run, fear not, as we only had to wait a few years in between tour stops in the past, and it’s likely for a show of level of success, it will only be a few more before it is back.

The Playhouse Square Keybank Broadway series continues on in 2019 with many more shows, and tickets can be purchased RIGHT HERE.
previous post