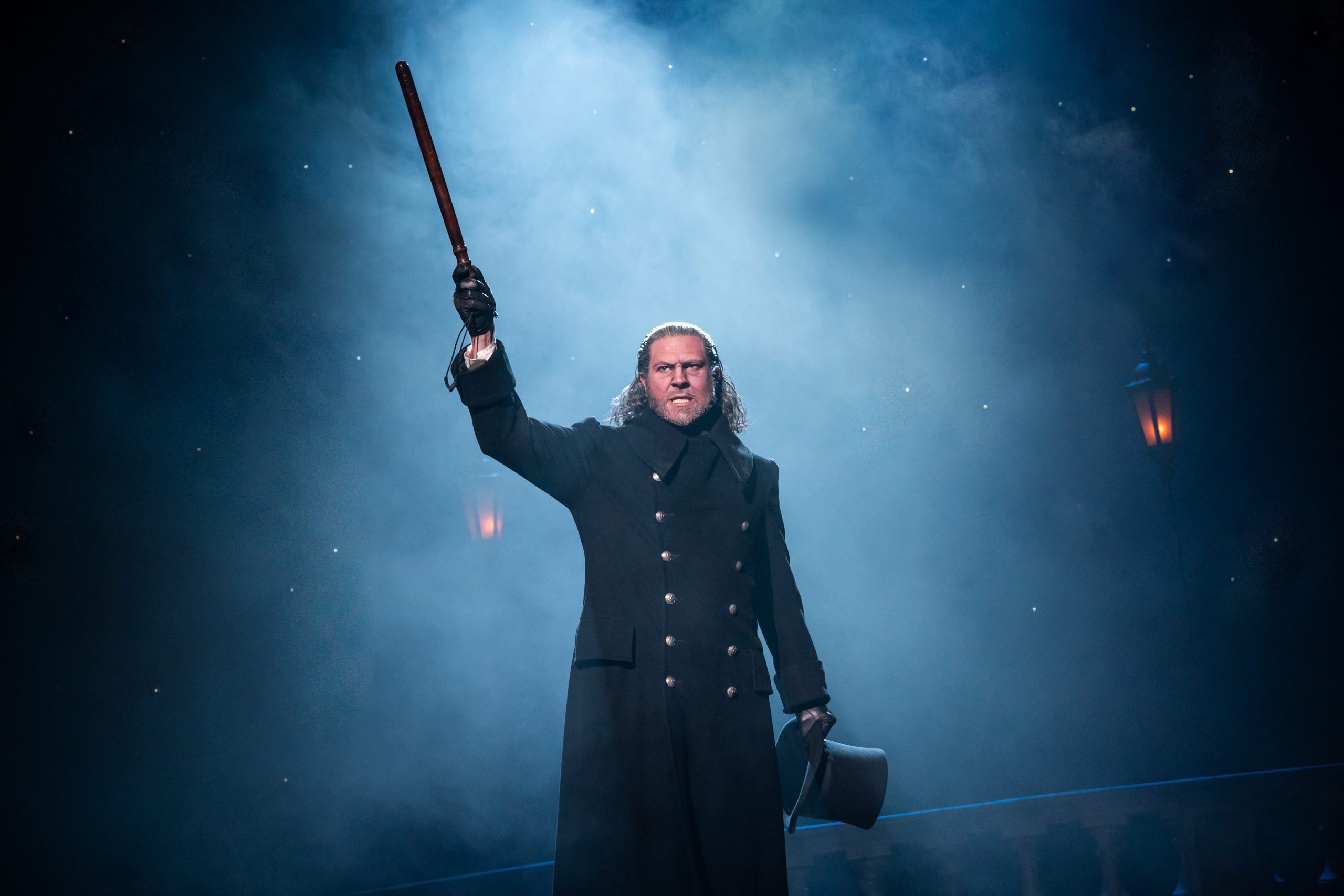 The beauty of the timeless musical Les Misérables is a piece of art that can be enjoyed by both musical theater lovers and Broadway production skeptics alike! The show is almost a rite of passage, so to speak!

Most are already familiar with the easy-to-follow story based on Victor Hugo’s 1862 novel about a man who stole a loaf of bread and spends a rather long musical running from the law. Hopefully, that baseline knowledge, coupled with knowing the music will be stuck in your head for days, upon days, upon days, after, is enough to get people in the door, because the story that unfolds on stage is beautiful, and the stage production is something everyone needs to experience firsthand.

Legendary producer Sir Cameron Mackintosh (who, was spotted in Cleveland along with composer Alain Boublil and lyricist Claude-Michel Schönberg) alongside directors Laurence Connor and James Powell brings the National Tour debut of the new production of Les Misérables to Cleveland and reaches extraordinary new heights!

The production for this tour is updated and impressive. The stage and set pieces are larger than life. When a stage is limited by its depth and width, the only place left to go is up! The cast, combined with the sets, filled the audience’s field of view for almost the whole performance.

The physical achievements of the set are complimented nicely with the assistance of projection magic. Like many modern productions, Les Misérables is taking advantage of being able to project different settings in the background. What audiences typically don’t see is this level of interactivity. Having the cast walk in and out of these backgrounds provides us with moments that are seemingly out of a movie scene instead of a stage show.

Beyond the story of a man stealing a loaf of bread, going to prison, breaking parole, and running from the law, there is a story of love, brotherhood, revolution, and forgiveness.

When protagonist Jean Valjean (Nick Cartell) receives parole after serving his harsh prison sentence, he quickly realizes how difficult life is for a former criminal (which parallels an issue that is still prevalent today). Cartell’s powerful performance of “Who Am I?” sets the tone for the rest of the night. Our lead breaks his parole, pledging to go on and lead an honest life after a kind priest helps him. However, the prison guard, Javert (Preston Truman Boyd) learns of this and makes it his mission to hunt down prisoner 24601.

Valjean keeps his word and goes on to be mayor of a small town. There, he meets Fantine (Haley Dortch), a single mother working to provide for her child who is living with an innkeeper and his wife.

The story quickly sees Fantine’s life crumble, and upon her death, Valjean vows to care for her sick daughter, Cosette (Cora Jane Messer). After bargaining with the horrid innkeeper and his wife (Matt Crowle; Christina Rose Hall) Valjean brings Cosette into his care.

Flash forward nine years and Cosette is a young woman living with her father in Paris, as the French Revolution nears. It is here we meet the Barricade Boys, Enjolras (Devin Archer), Marius (Gregory Lee Rodriguez), and their friends, including the rag-tag gal Eponine (Christine Heesun Hang). Marius sees Cosette on the street and she immediately becomes the object of all his desires. Eponine agrees to assist Marius in finding her but also vows to not leave his brothers behind at the barricade as war draws near.

The story moves quickly from here, as war unravels, Valjean evades capture, some characters’ love lives blossom, and others die.

While the set is stunning, allowing a barricade to build before our eyes or a multi-story townhome to bring a city to life, the true beauty of this show lies in the performances of the cast. Every word of the show is sung, creating a musical thread that ties each story together. There are melodies that carry throughout the show and villainous orchestral arrangements that build tension.

While the entire cast was stunning, words are inadequate to praise what Cartell brings to the show. Having previously taken on this role for over two years pre-pandemic; he stays true to the show’s history while still managing to make the character his own.

Cartell truly blew the audience away, and even received a standing ovation from a few viewers after his performance of “Bring Him Home.” His vocal range was showcased throughout the show, hitting incredible high notes while also belting beautiful melodies.

Preston Truman Boyd got to play the villain as Javert, but his signing talents were far from evil. He too had an impressive vocal range and stunned the crowd with his performance of “Stars” with his powerful bravado. And, of course, the powerful Act I number, “One Day More” featured the entire cast and ensemble, whose voices came together so powerfully and beautifully that gave everyone in the room with a pulse chills.

As a staple of a musical, one might come in with high expectations. Come on in with high hopes. There will be no letdown.

Seeing this all-star cast work so seamlessly together along with the crew is the definition of a true Broadway performance. Les Misérables is a show that everyone needs to see at some point in their life.

Make sure that you don’t Les Miss (see what we did there!) this opportunity while it’s here! The show will run at the KeyBank State Theater at Playhouse Square through Sunday, October 30. Complete show and ticket information can be found on our events calendar: RIGHT HERE!

WHEN WE WERE YOUNG FESTIVAL SCHEDULES RETURN BEFORE MAKING DEBUT