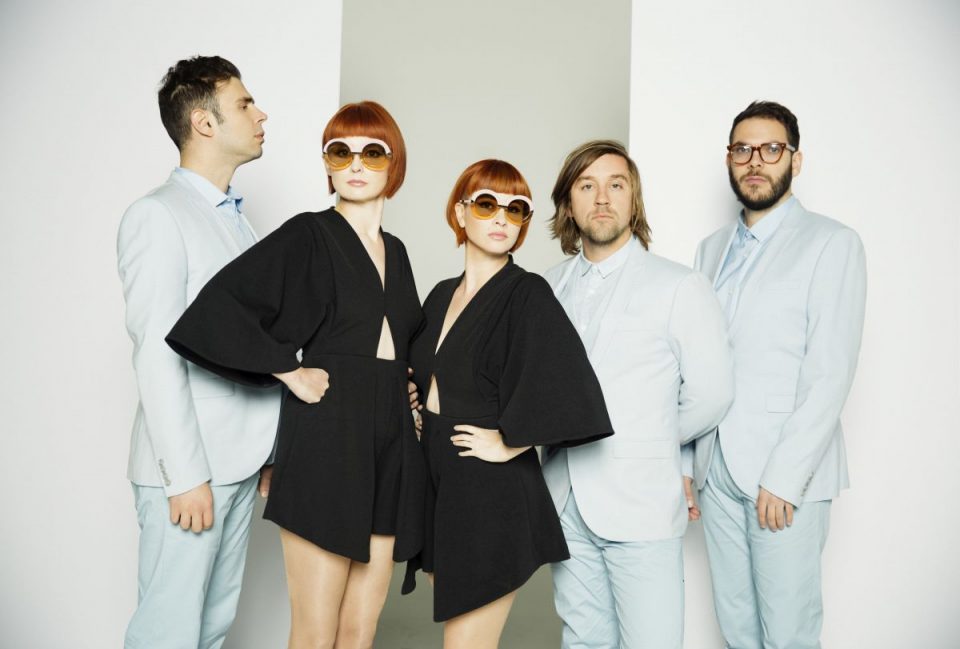 After a taxing week at South by Southwest 2016, Brooklyn, New York based Lucius are ready to hit the road for a nine-date run across the US before hopping across the pond for a lengthier tour. (The tour stops at Cleveland’s Beachland Ballroom on Friday, March 25 — but if you failed to snag tix, you are SOL, my friend, as the show sold out well in advance!)

Burri phoned CleveRock on the eve of the tour’s kick off in Minneapolis. Andrew and company are riding the momentum of playing eight shows in four days at SxSw, and the 5-piece is excited to get back on the road.

“A lot of the shows are selling out, which is really good news. I’m excited,” Burri said. “We are going to be on a bus for the first time in the US. It’s so great. You get to sleep overnight. Then, you get to the city you’re playing at and you have all morning to just take it easy and do whatever you want to do and take time to get set up. It gives the sound guy more time to make sure everything is going to be all good.”

Onstage, the band members coordinate their outfits (costumes?) – with Wolfe and Laessig dressing identical. While to some, this may seem a bit quirky on the surface, Lucius knows that in a sea of tens of thousands of bands, all competing for fans’ expendable income for concert tickets and albums, it’s a good way to stand out.

Andrew explains, “What it really did was really give another type of voice to audiences that really didn’t know who we were, but you never really see bands that really match…bands like the Beatles and James Brown, ya know? It really was a smart move on the girls’ part. It sets us apart from the other bands who are trying to do the same thing that we’re trying to do…. It helps with the buzz and reaching as many people as possible.”

Quizzed on if living on a bus for extended periods of time with two strong-personality females puts his masculine qualities in jeopardy, Burri laughed it off, saying “No. Everybody has their own ways of maintaining their individuality. Once we get on stage, we’re a unit.”

While they may have their own individuality, the members of Lucius all have at least one thing in common: Berklee College of Music. While the gals in the band met there, and Burri’s stint at the prestigious music institute overlapped with them by a semester or two, not all members attended Berklee at the same time, and, unlike the USA original television series Suits (which, if you don’t watch it, you are missing out, BIG TIME), where attending Harvard Law School was a requirement to work at the show’s fictitious law firm, Andrew dismissed the idea that being Berklee educated was a requirement to join Lucius.

“It just happened like that,” he says. “If there is anything good to be said about that school, it’s the network of the people that you can meet even afterward. It’s so big; so vast. I have tons of friends from there that live in New York, Nashville, Los Angeles, and it’s a really cool thing.”

On the road in support of ‘Good Grief,’ which was recorded at producer and friend Shawn Everett’s (whose credits include Alabama Shakes and Weezer) studio in Los Angeles, the record also had a little guidance from legendary producer Bob Ezrin.

“He kind of did pre-production stuff. He was there in the beginning,” said Burri. “He helped the girls kind of decide which songs were the strongest and helped with their lyrics.”

With the ever-changing business landscape in the music spectrum, it’s hard for a band to measure success.

“It’s an interesting topic because I don’t even really know if it’s doing well or not in terms of sales because I haven’t seen the numbers yet,” Andrew stated. “I definitely see some people talking about it on Twitter and the general consensus is that people are digging it. Personally, success to me, is having the ability to have a place to live and have health insurance.”

What more can one ask for, right? And with rave reviews, a nearly sold-out tour, a trip across Europe, and top-notch acclaim from fans and critics alike, Lucius is certainly going to be deemed successful, now and in the future, no matter what the measuring stick.