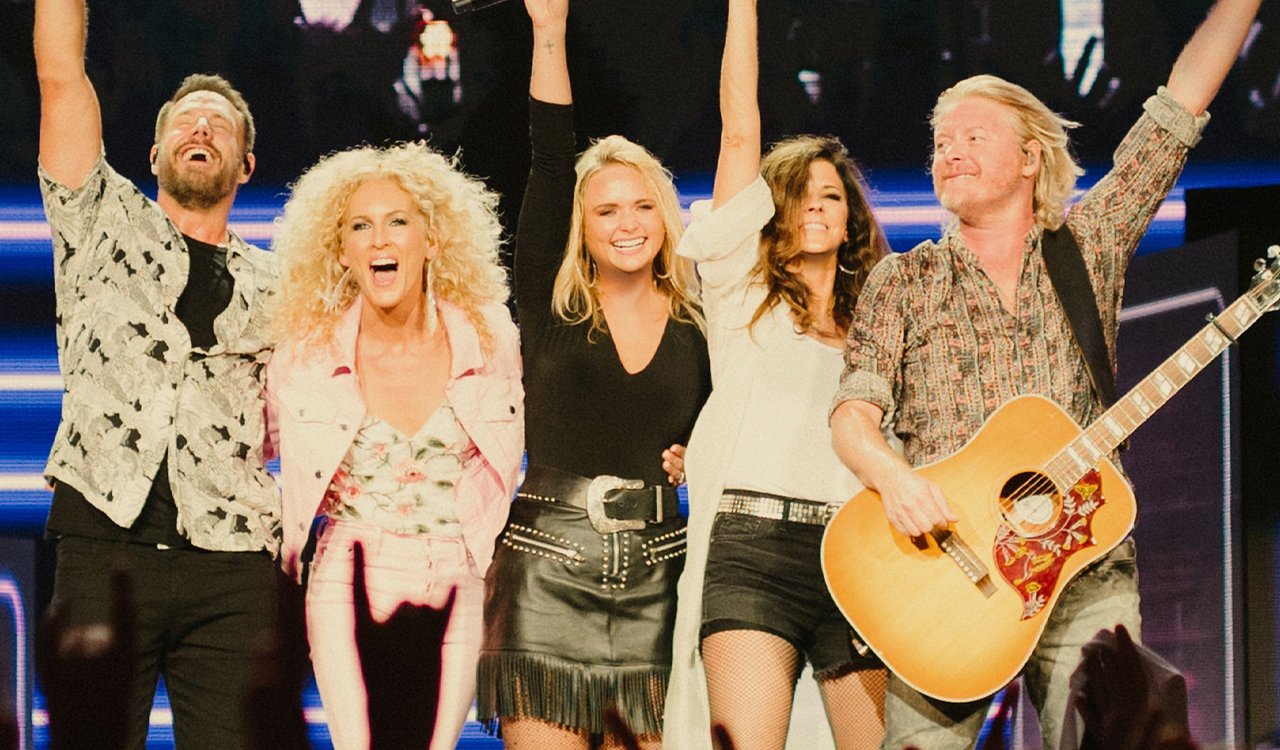 Miranda Lambert, Little Big Town, and a capacity crowd at Blossom Music Center proved (beyond a reasonable doubt) that COVID could not defeat the spirits of concert performers or fans. Yes, the awful pandemic robbed the world of the joys of live music in 2020 and hindered its comeback in 2021. As for 2022? It’s as if nothing has changed. Fans partied in the parking with their red solo cups concealing their beers, people ran from moving cars to urinate in the woods, and drunk white girls stumbled to the entrance while yelling “wait for me!”

Of course, the ever-so-famous hour-long wait to get into the Blossom parking lot hasn’t gone away either. There was something so invigorating about last night. The music was great, the crowd was rowdy, and the weather was beautiful. Damn. It feels so great to be back!

The aforementioned traffic line caused me to see more of the entertaining parking lot shenanigans than The Cadillac Three’s opening set. My FOMO set in as I watched the crowd sing and sway as I made my way from will-call to my seat.

Luckily, I was planted in plenty of time to catch Little Big Town. I first saw this harmonizing quartet right here at Blossom in 2010 as part of the epic fail that was the inaugural Country Throwdown Tour.

With no distinct lead vocalist to speak of, Little Big Town is truly four equal vocal parts. The two guy/two gal four-part blended harmonies are something that country music could use a little more of today.

The gals, Karen Fairchild (dressed in tall red boots and a red skirt, while sporting red sleeves on her top) and Kimberly Schlapman (wearing genre-appropriate jeans) both look great for 52 years of age! More importantly, both voices have grown stronger since the quartet’s inception in 1998.

While this writer is not a fan of workplace romances, I’ll gladly give a pass to Fairchild’s co-worker, Jimi Westbrook for taking her down to the “Little White Church” in 2006.

Rounded out by the group’s youngest member, Phillip Sweet, LBT proved to be the perfect pairing with Lambert for this cross-country tour.

The summertime sounds of the good-time anthem “Pontoon” (one of two #1 singles for the group) opened the show, leading to a raucous sing-along.

COVID interfered with LBT’s efforts to tour their Grammy-nominated 2020 release, ‘Nightfall,’ so it was no surprise that the album was decently represented in their set this evening.

What would a country show be without tunes about drinking? Separated by only one song (“Next to You”) were the top 10 hit “Day Drinking” and fan-favorite “Over Drinking.”

This Pride Month, it’s puzzling to think that a mere six years ago LBT’s single “Girl Crush” ruffled feathers and stirred a debate on if it was suitable for the radio! (So much progress; so much further to go!)

While taking their final bows of what was seemingly a short set (especially for a co-headlining bill), there was some head scratching to be done about some glaring omissions from the setlist. (More on that later!)

Former Nashville Star contestant (thanks, Wikipedia, for reminding me what led to her discovery) Miranda Lambert took the stage with a bang, opening with “Actin’ Up,” the first of four selections from her 2022 release, ‘Palomino.’ The songstress danced on a short platform as her talented nine-piece backing band were animated and appearing to be having as much as anyone on the Blossom grounds.

From brand new straight back to humble beginnings, the gorgeous gal, dressed in jean shorts, boots, and a jacket that read “Outlaw,” followed immediately with “Kerosene,” the title-track from her debut album, released when she was just 16-years-old.

I’m not sure if my eyes deceived me from section 22, but I thought I saw a tear or three on Lambert’s face as she choked up while performing “The House That Built Me.” She may not have penned the tune, but she stills sings it with the authenticity and conviction that makes it her own.

Other early set highlights included “If I Was a Cowboy,” “Tequila Does,” and a cover of the incomperable John Prine’s “That’s the Way That the World Goes ‘Round.”

Backup. Let’s just backup a minute. Earlier, this reviewer mentioned dissapointment in some Little Big Town hits missing from their setlist earlier in the evening. ::Drumroll please:: The second half of Lambert’s set saw LBT hop back onstage for an all out PAR-TAY featuring some of the biggest hits from both acts and other surprises to close out the night!

The country powerhouses joined forces for Little Big Town highlights that included (in no particular order) “Better Man,” “Wine Beer, Whiskey,” as well as the two songs that introduced this writer to their music over a decade ago, “Boondocks” and “Little White Church”.

Lambert’s tunes were not to be ignored! Her tunes included “Music City Queen,” “White Liar,” and “Little Red Wagon.”

There was some genuine fun being had on stage. The acts would occasionally steal the lead (or, at the very least, lend backing vocals) to each other’s tunes, with neither taking a backseat to the other. The respect these acts have for each other was spectacularly apparent.

A fun sing-along cover of Elle King’s “Drunk (And I Don’t Wanna Go Home)” closed the main set. Lambert, Fairchild, and Schlapman traded off lyrics during the verses and joined forces with Sweet and Westbrook for the chorus. It was a fantastic way to head off the stage. Save a select few folks who scurried for the exit in a feeble effort to avoid traffic, NOBODY wanted to go home. (And, yes, many of there were drunk! It’s a country show, Y’all!)

Both acts (unsurprisingly) returned for the encore, which consisted of two more covers. First, The Judds‘ “Grandpa Tell Me ‘Bout the Good Old Days,” cover proved incredibly powerful as it paid tribute to the late Naomi Judd, who tragically passed away in April of 2022. Her face was shown larger-than-life on the giant video screen at the rear of the stage.

Jaren Johnston from the first opener, The Cadillac Three was invited back to the stage to take the lead on The Beatles’ classic “Let It Be,” where he was soon joined in harmony by the co-headliners. All the performers (including the incredibly talented members of the accompanying backing band) formed a line, wrapped their arms over their neighbors’ shoulders, took a bow, and waved goodnight to the crowd.

Although in the minority of people who were still sober, I still didn’t want to go home.