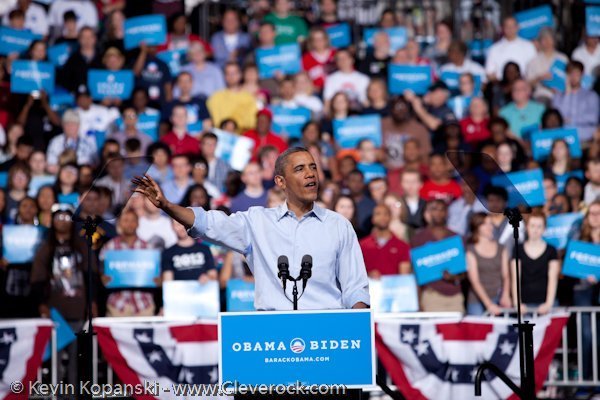 “Do you want to photograph the president Saturday?”

“WOW,” I thought! I never imagined I would receive a text offering me the opportunity to see a current president in person, especially not as a credentialed photographer. Naturally, I canceled my plans for Saturday (05.05.12), grabbed my trusty camera bag, and made the haul from Cleveland to Columbus for President Obama’s first official re-election campaign rally, held at THE Ohio State University.

Lack of planning on my part was evident as I approached OSU territory. I was failing to find the designated media parking in lot “C,” which would have been much easier to locate had I known where the hell “C” was. Had the lot been lodged between lot “A” and lot “B” – maybe I would have found it before making 10-U turns, no doubt drawing attention from stealth Secret Service agents with my directionless driving. Finally locating the “C” lot, I flashed my press credential to a security guard, who gave it a quizzical gaze before waving me forward.

Thanks to my ability to stalk another media type at a safe distance, I was led to the media entrance. I have been a professional photographer for a several years, during which I’ve stood three feet away from some of the biggest rock stars on the planet,  shook hands with professional athletes at media day, and my works have been published in prominent outlets. The thrill of receiving photo credentials wore off rather quickly after I started getting gigs. Ask any professional photographer and they will tell you the same thing. An artsy sticky pass with a band’s name on it becomes just another day at the office. Until today… Today, my press credential featured a drawing of the White House and underneath the drawing, the pass read, “WHITE HOUSE PRESS POOL.” Printed at the bottom of the pass: “PROPERTY OF U.S. GOVERNMENT.” At the risk of sounding unprofessional, for the first time in a long time, my credential made me feel important. 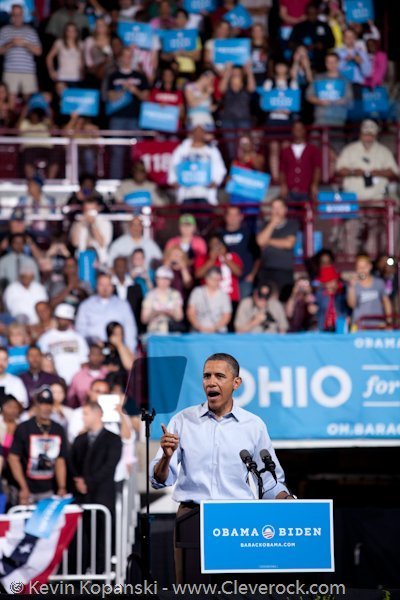 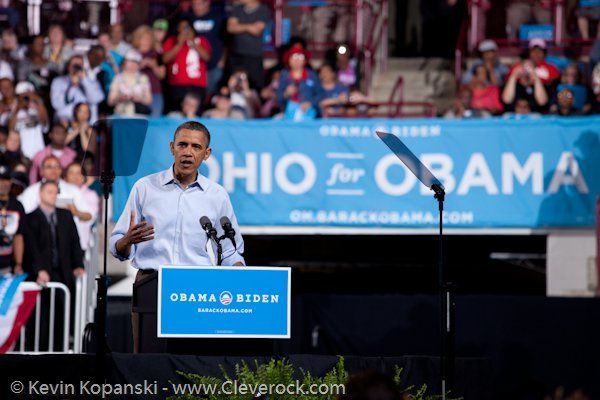 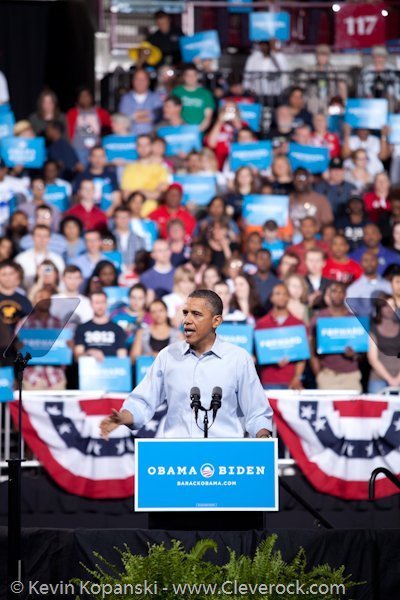 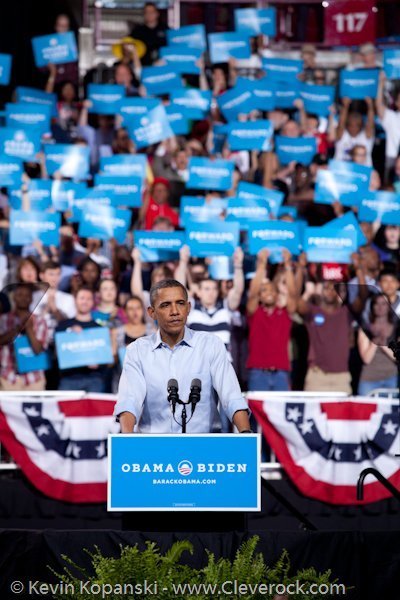 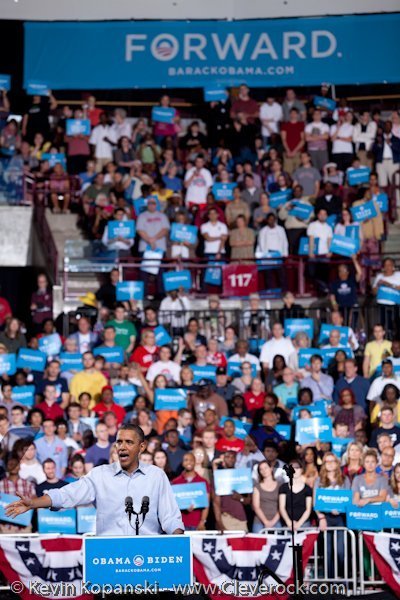 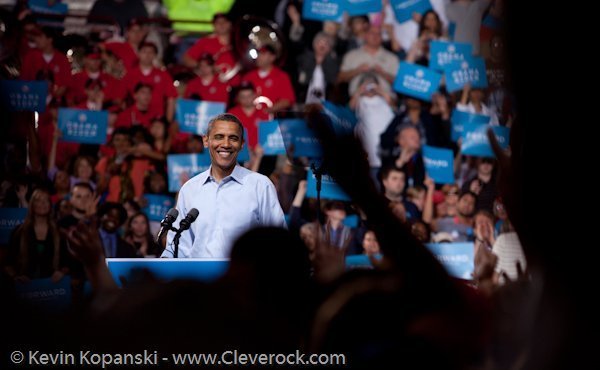 Bomb dogs sniffed through my gear while I reluctantly separated from my most prized investment as I was whisked away for a shake-down by Secret Service in a separate room. After I was deemed to be harmless to President Obama, it was time to play “hurry up and wait.” Having two hours to spend until Obama was scheduled to speak, I had more than ample time to contemplate a dilemma that would warrant the Twitter hashtag “#photographerproblems.” Should I go for the high ground or try and shoot through people’s heads on the floor? After reminding myself that I stand six inches short of six feet tall (on a good day), I opted for the high ground, which put me about 50 feet away from where Obama would be speaking. My location was set, my selected starting lens was on, all I needed was for the most powerful man in the world to walk through the long black curtains.

After remarks from the First Lady, President Obama made his entrance, wearing a huge smile on his face and waving to the packed arena. Regardless of one’s political views, seeing a sitting president in the flesh is a rare and incredible opportunity. I felt privileged to be in attendance and have the opportunity to capture the moment on camera.

Hearing Obama speak really gave me chills. The good kind. President Obama comes across as charismatic and convincing on television, and tenfold in person. He speaks with a passion in his voice; a no bullshit attitude. I found myself fired up as he spoke about what he’s accomplished and the work he hopes he will have the opportunity to finish. His speech made me feel strangely patriotic.

The moment passed quickly. Obama had another crowd to rile up a few states away later that afternoon. I wish I could have taken more photos, had the opportunity to shoot from the “pit” (concert style), or maybe just had more time to listen, watch, and enjoy the speech, without stressing over capturing photos.

I left the arena moved. How many people can say they have seen a president in person? And of the few, how many have great photos to document it? I was eager to get home to Cleveland to sort through my photos, and now, to share them with you.

Editor’s Note: This article is not an endorsement for any candidate or political party; rather a unique perspective from one of our photographers from his opportunity to photograph President Obama.