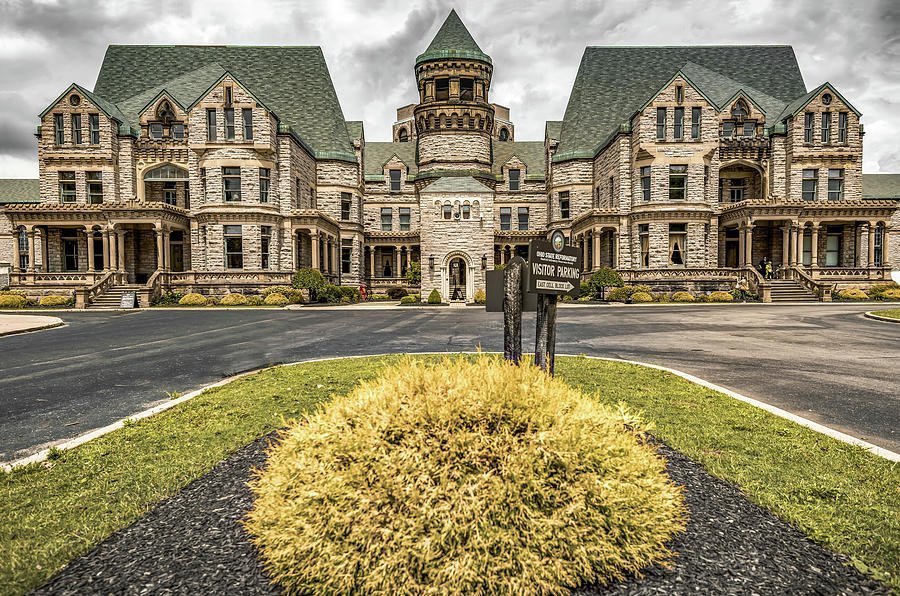 After a fun-filled, enormously successful 2018 production, Inkcarceration will return to Mansfield, Ohio for another go at it in 2019, scheduled from Friday, July 12 – Sunday, July 14.

A true testament to the success of last year, Inkcarceration is expecting a massive attendance increase. Hell, camping and hotel packages, along with VIP passes sold out months in advance.

Inkcarceration co-producer Susan Fisher phoned into CleveRock for an interview ahead of the festival, and she noted that Inkcarceration is a unique event because, “We’ve got bands over 3 days, 72 tattoo artists from around the world, and a historic haunted prison. It’s like a trifecta. That combination, you can’t find anywhere else,” she said. “At Inkcarceration we are inside a chain-link fence outside an ominous gothic prison, massive, behemoth structure, with 150-year-old evergreen trees as a backdrop to our stage.”

As odd as it may sound, Ohio has become a hotbed for music festivals! Along with Inkcarceration, Ohio is home to LaureLive, Camp Anarchy, Bunbury, Wonderbus, Country Fest, Smoky Run Music Festival, Bellwether Music Festival, Sonic Temple, Breakaway Music Festival (among many others), and also will see events in Cleveland like the MLB All-Star Game and Tall Ships Festival! With only so much entertainment money in one’s budget, how does Inkcarceration compete?

“There’s not anything that I know of on our same weekend, so we don’t think of it as competition. We are part of a healthy, vibrant music scene. We are happy as to what we are bringing to the table and are glad people want to be part of it because there’s nothing like it,” Fischer said. But what about competiton? “We honestly don’t look at it that way. We love going to festivals. I was just at Bunbury in Cincinnati a couple of weeks ago. We love music. We love festivals.”

Besides the incredibly detail-orientedness and organization by the festival’s producers, there were three enormously key things about the music presentation that makes Inkcarceration a winner:

“We would never want to do that to our bands or to our fans and have overlap, because unlike a Bunbury or Lollapalooza, it’s not stretched out over a mile, it’s right there. It’s right in the front yard of a prison. It’s all by design,” Fisher says. “My partner has been in the music business for 30 years and has been to every concert and every band that you could ever think of. He put everything he knows into making this the best possible experience based on his personal experiences. That is the core of it. From my end, we worked with the venue and with our partners to make that experience work in the space.”

While she was on the line, Fisher was asked about what goes into crafting the Inkcarceration lineup!

“There’s a lot of strategies that go into picking the bands that we think will create the most universally awesome experience for festival-goers. There’s a little bit of dance that goes on relative to the band’s schedule and tour dates. The good news is that some of our band friends are starting to work on next year, plan their tours around INKcarcerations. There are lots of factors that go into it. Having three huge headliners, one for each night, is critical. In our case, we didn’t want to just make it about that,” Fisher said. “There’s Seether, Skillet, and Taking Back Sunday; nothing to sneeze at; with Live in there. At the same time, we’re giving a nod to young, start-up bands. We do value that and want to give them a shot. We want to really round out the weekend with a nice mix. Some favorites of today, some favorites of the last 20 years, and some new, up-and-coming artists.”

Music isn’t the only draw to Inkcarceration. Another main attraction is self-guided tours of the former Ohio State Reformatory, included in the cost of festival admission. Did we mention this reformatory is allegedly haunted? Oh, and much of the classic film ‘Shawshank Redemption’ was filmed onsite?

Fisher reminds us that the reformatory includes the largest cell block in the world. The tour includes…we’ll call them ‘interesting’ prison artifacts and memorabilia from Shawshank. “You can see the safe, and the warden’s office and the pipe that Andy  Dufresne crawled through,” Fisher says. “It’s all pretty awesome.”

New in 2019: ‘Escape From Blood Prison.’ Think of it as a haunted house on steroids; Halloween in July, if you will.

“They’re going to bring in Halloween Forward and give us a preview. That is actually a small ticket price separate,” Fisher warns. “But there blood prison cast will wander the festival will surprise and fright people. Everyone will be able to experience that.”

Completing the trifecta of major attractions at the festival is a gathering of some of the best tattoo artists in the world.

Lucky and forward-thinking festival-goers picked their favorite tattoo artists and booked early, and they are glad they did!

“I’ll tell you, these guys are true artisans and they do have waiting lists already for available spots to get art. Obviously, the more significant the piece, it could take 4-5 hours. If someone follows somebody’s work, we have this amazing group of artists, there’s some that are booked up,” Fisher said. “What we’re going to do this year, even if you’re not going to get a tattoo, it’s part of the tour, actually, and that’s a cool part of it to just see it. To witness it, it’s amazing. You can get a new appreciation of the art.“

Thinking about going to the festival but have not got your tickets? Your best price is available now. Again, not naming names, but another Ohio festival that rhymes with Wamp Manarchy carried a $200+ weekend ticket price. For one reason or another on which we will not speculate, Groupon had daily tickets available for only $15. Social media was abuzz with pissed off early-supporters of the festival who paid full price.

“Unlike some, we don’t play with pricing. Yes, the early purchases are rewarded; they got the best pricing and they can get a camping spot or hotel package, because they are still available at the time,” Fisher explains. “We let people know when there is a change and different tier pricing and were not going to offer huge discounts at the end. We want to preserve the integrity for the loyal fans who purchase early. We don’t want to undercut them or make them feel like they made a bad decision”

Rock on the Range 2017 Lineup Announcement!