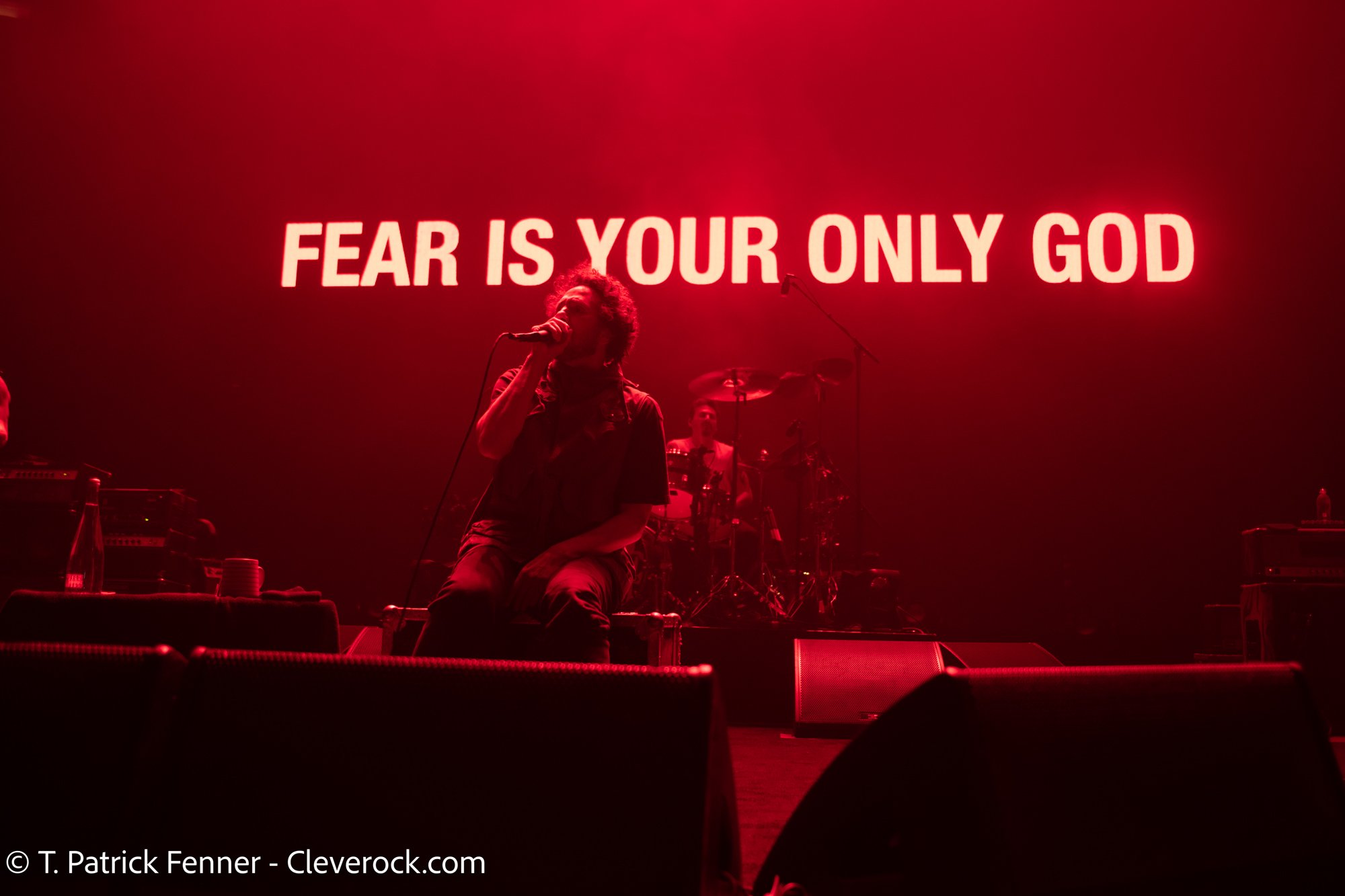 It’s 1997, the night before I start the 7th grade and I’m seeing Rage Against the Machine…with my mom. All summer, I had to beg my mom to take me to this concert. It’s not like I could drive or hop on a bus. At the ripe age of 13, the only way to make it happen is to have a cool-as-hell mom. And, that I do. This was one of my first concert memories and, it honestly shaped me into the concertgoer that I am today. Seeing one of my favorite bands live for the first time, a band that I knew their whole catalog backward and forwards, it’s really just like magic.

Since then, my concert-going days have only exponentially grown as have the variety of artists that I appreciate and love. That doesn’t mean the impression that the 1997 RATM concert had on me went away. What did go away, however, was Rage Against the Machine. In 2000, RATM broke up and left fans with only a few sparse shows almost 10 years later. While in that absence the world did have Audioslave for a number of years, which included three out of four members of Rage Against the Machine (minus frontman Zach de la Rocha, who was ‘replaced’ by former Soundgarden frontman, the late Chris Cornell.) While Audioslave was incredible, they were unable to fill the impossible-to-fill void left by Rage. For a band that had been away for a longer amount of time than they ever were a band, I can’t tell you how ecstatic I was to hear that they are not only getting together to tour but were coming to my hometown, Cleveland.

Rage Against the Machine’s, Public Service Announcement tour finally came to Rocket Mortgage FieldHouse on Wednesday, July 27, 2022, almost three years after the show was originally scheduled due to the pandemic forcing postponements. Unlike many bands, they never canceled this tour, they just postponed, leaving fans excited and anxious while keeping the concert ticket revenue in their pockets.

RATM took the stage with no frills. However, de la Rocha had to be carried out onto the stage. (Where were rockstar carriers on career day in high school?) The frontman recently broke his foot ‘raging’ too hard during a set in Chicago. Sitting on top of a stage case did nothing to slow him or the rest of the band down. If anything, it just fueled him even more.

The band started out the show the same way they started their very first album, “Bombtrack” from their 1992 self-titled debut. Red backlighting filled the stage and silhouetted the band while the audience heard Tim Commerford’s bass guitar slowly building and building. Brad Wilk’s drums follow suit while the song builds and builds. Then, in a crashing downbeat, Tom Morello’s guitars and de la Rocha’s vocals solidified that no one in all the arena was sitting in their seat. (Save de la Rocha and Wilk, but hey, extenuating circumstances!)

The average age of everyone in attendance appeared near, if not older than 40, but the energy matched that of a crowd filled with passionate teenagers. The concert had plenty of crowd surfers and, of course, a moshpit; (something all photographers love to dodge while trying to take photos.) The energy in this building was exactly how I remembered it back in 1997. That 13-year-old me was back and loving every minute of this. All my aches and pains and anxieties were no more. That’s something ‘Tomorrow Me’ has to worry about.

The stage was simple. Simply awesome. The whole background was an entire screen. The set had well-positioned lighting hanging from the ceiling. The show favored both the color red and black and white videos. The only real color portions were the video clips reminding the audience that they are a band centered on their social justice beliefs.

The ‘Machine’ in which we are to rage against, is still out there and as strong as ever. In a politically charged America, the messages the band has spent their lifetime trying to raise awareness of are needed now more than ever. On the stage, screen clips of border patrol agents chasing families, children climbing over chainlink fences into the US, and clips of the stagnant American population doing nothing to further the need for change. The band reminded its Cleveland audience that the issues of the country are also prominent a very local level. During “Freedom” they put on screen photos of a smiling and happy Tamir Rice, (a young African American boy shot and killed by a Cleveland police officer), reminding us that these issues may start with an inept Supreme Court, but trickle down to a local level, too.

RATM took a very immediate response to what is going on at our national level. They posted numerous facts on the screen about what they said “forced birth” does to our country. They ended this song with an “Abort the Supreme Court” statement, that was responded to with loud cheers.

On a less serious note, the band played almost everything a RATM fan could want to hear. Except for “Wake Up.” (I personally would have loved to hear that live!) “Bulls on Parade,” was third on the setlist. Fans might have expected that for the encore. (Perhaps it was played early on to energize the crowd; perhaps they played it early because there was no encore? Who knows!)

A few notable songs were “Close your Eyes,” a song by Run the Jewels who were the opening act on this tour. Not only did RATM cover this song, but de la Rocha was personally honored to bring the members of Run the Jewels out to perform the song with the band. RATM also brought out their famous Bruce Springsteen cover of “The Ghost of Tom Joad,” from their cover album, ‘Renegades. ‘(The irony of having purchased Bruce Springsteen tickets on the day of this concert was not lost on me, or my wallet).

There was one more surprise to be had, but it wasn’t actually from on the stage. As both photographer and reviewer of RATM’s show, I had the strange fortune of exiting the photo pit and being led right into a super excited Guy Fieri. The Chef turned TV-personality is apparently a huge fan and made the trip out to Cleveland so that he and his son could see RATM for their first time. He was not lying when he said he was excited.

Rage Against the Machine did not disappoint one person this Wednesday night. Not 13-year-old me, nor 38-year-old me, and certainly not Guy Fieri. They played over a solid 90 minutes. While I think the audience really wanted an encore or for the show to keep going, I don’t think there was one person who didn’t feel like this show was worth the 25-year wait. I just hope that I don’t have to wait another 25 years to see these guys again.