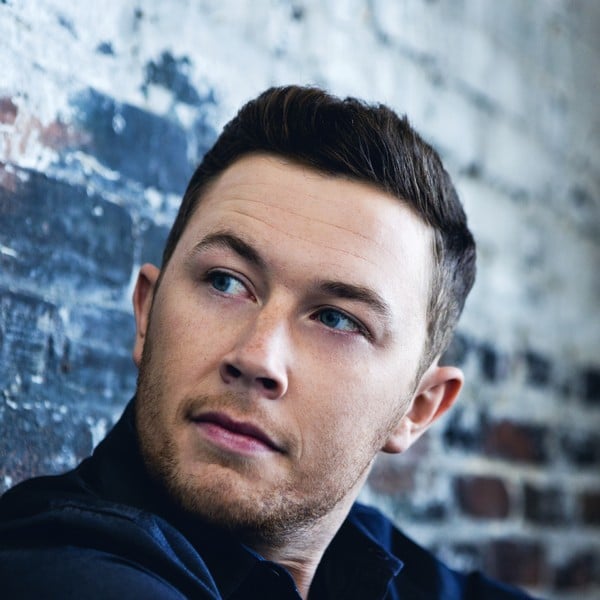 It has been five years since Scotty McCreery released an album. It has been nearly seven years since McCreery was crowned the Season 10 champion on American Idol at the ripe age of 19. Loyal fans of Scotty (dubbed ‘McCreerians’) have waited patiently. During this album lull, McCreery has kept busy on tour, both headlining shows and opening for country megastars (including Rascal Flatts). In addition, Scotty also went through a label change, got engaged, moved out on his own, traveled the world, and even had a terrifying experience of being held up at gunpoint. Suffice it to say, this guy has plenty of material to write about for his new record, ‘Seasons Change,’ due out March 16 (PRE ORDER)

McCreerey spoke with CleveRock.com in advance of his upcoming show at Akron Civic Theatre on February 9. Needless to say, he is excited to release new music!

“It’s all original stuff. I wrote or co-wrote every song on the record and it’s me on every song on the album,” Scotty said of ‘Seasons Change.’ “It’s very personal. A lot of the songs are nonfiction. They’re real-life stories about my life. That’s what I love about them!”

‘Seasons Change’ could not be a more appropriate title for the record. The aforementioned life changes and experiences have shaped Scotty, who, at the age of 24, seems to have more life in his years than years in his life.

The most exciting change for Mr. McCreery?

“I got engaged. It’s been an awesome year with that and planning a wedding. That’s one of my favorite songs on the record; it is called ‘This Is It.’  I wrote that song two weeks prior to getting engaged and had it all planned out as an engagement and wedding song for me. As I said, a lot of the stuff is nonfiction and that’s that’s one of them as well,” he explained.

This interviewer also recently got engaged and the struggle with finding the perfect way to pop the question was real. Curiosity lingered… Was the song performed for the future Mrs. McCreery before Scotty got on one knee?

“I didn’t sing it to her but I had a good mix already recorded,” he explained. “So when we got back, I had her family there to surprise her and my family up here in the mountains. I played it for them in the living room and they all loved it.”

McCreery was dropped by his record label after the release of his previous album. He is now signed to Triple Tigers Records and ‘Seasons Change’ will mark his first release for the imprint. This is motivation for anyone to knock it out of the park in regards to both critical acclaim and commercial success. Scotty seems up to the challenge.

“I have nothing to prove. I mean, the competitive side of me would love to go out there and just kill it with this record; that’s just natural,” he said. “For me, it’s is just about making the best music I can. We had a good last record. We had some good songs on it and it did well on the radio. It’s fun to be back in the swing of things. It took a little while. We’re excited to get this out there. We’re kind of re–energized right now.”

After a hiatus that lasted 18 months, American Idol, the television program that McCreery cut his teeth on and garnered him widespread recognition, makes its return to the airwaves (this time on ABC) on March 11. We had to get Scotty’s thoughts on the show’s return.

What does American Idol need to do to return to its glory days?

“I think it has to stay true to what the show was. People still feel it did a lot for artists like myself but it was always fun for families to gather and watch,” he explains. “That’s what me and my family did growing up. We would turn ‘Idol’ on and that was our family time. You know, I love the show. I think it was still doing fine when they ended it a couple years back. It wasn’t doing the 15 to 20 million people that it was bringing in when I was on, but it still did 8 million people a night, which, you know, a lot of people would love. But you know, I think people will be happy to watch again. “

In 2016, Scotty released a book, ‘Go Big or Go Home: The Journey Toward the Dream’ (Zondervan). 22-years-old at the time the book was published, it is quite remarkable how much this young man has accomplished over a few short years.

“You know, just looking ahead at my mindset and looking back and reflecting on how much life I have already lived at such a young age,” he recalls. “I was like, ‘Dude! this is pretty wild.’ So writing a book at that age was a little weird but to me. I prefer to call it more like a travelogue; not an autobiography, because a biography sounds like you’ve lived your life and given it all out. For me, it’s just kind of telling my experiences and reflecting on my 22 years.”

As a writer that has yet to read Scotty’s book, the question of what he feels his greatest accomplishment thus far had to be asked.

“There’s a lot of things that I have done. Personally. as an artist, I’m proud of ‘Five More Minutes’ being out there as a single,” he said. “I’m probably most proud of that song and seeing what it’s doing and getting the response of how it affects people. That’s been the coolest thing for me. That’s definitely one of the top moments, for sure.”

As for his upcoming show at the beautiful Akron Civic Theatre on February..“I’m excited,” McCreery said.”I am playing snippets of the new album out there. I can’t wait for fans to hear it.”

Scotty McCreery will perform at the Akron Civic Theatre on February 19, 2018. Complete show details and ticket information can be located on our calendar: RIGHT HERE!