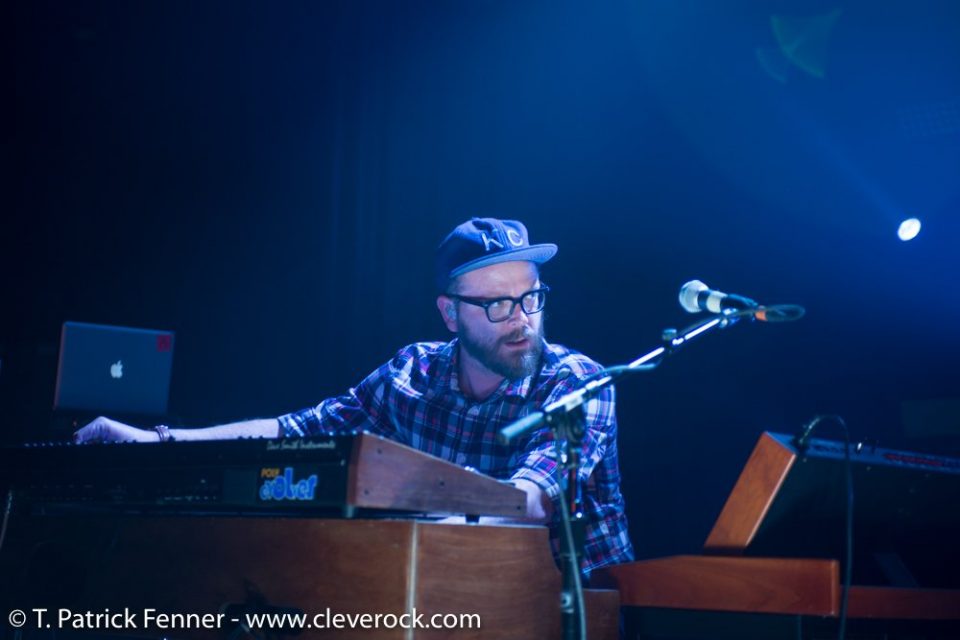 Silversun Pickups are one of the most unique sounding bands around today. No, really. They are. Promise. Fire up YouTube or Spotify or other favorite streaming service and give them a listen. (Chances are, you have heard them already.) Frontman Brian Aubert has a voice that is as unique as (although completely different from) Raine Maida of 90s alt rock outfit Our Lady Peace. Accompanied by the tremendous talent in bassist / backing vocalist Nikki Monninger (who has quite the unique voice of her own), keyboard player Joe Lester, and rounded out by drummer Chris Guanlao, SSPU released their fourth studio album, ‘Better Nature’ in the fall of 2015, marking their fourth excellent album in four attempts. The album features the singles “Nightlight” and “Circadian Rhythm (Last Dance),” which have combined for more than 10 million plays on popular streaming services.

Lester checked in with CleveRock.com via phone in between back to back weekends of performing at Coachella Valley Music and Arts Festival in Indio, California.

“Festivals are always a good time because you’re just one little part of this giant circus. There’s no pressure,” Lester said of the band’s first weekend at Coachella. “It’s such a big thing to be a part of. It was a really good time. You usually get to see other friends’ bands play and people you haven’t seen in a while. It’s a circus and reunion kind of thing. You just throw all of your shit up there and play, and 45 minutes later, you’re done. You’re able to go have fun again.”

The band had become so used to playing festival shows that the longer sets were not the only adjustment the group had to make when returning to a headline gig. “In San Diego, it was the first time we had done a headlining show in a couple of weeks. Everyone had this one setlist in our head, so Brian was about to start one song while the rest of us were about to start another song. So we’re like, ‘Oh, Shit!’ But we swapped it out,” Lester said with a laugh.

SSPU are about to begin a tour with FOALS (with a stop here in Cleveland at House of Blues on Monday, May 9), who they recently shared a bill on a run of shows headlined by Cage the Elephant. “The bill makes a lot of sense in the sense of what we’re all doing in terms of alternative music, or whatever you want to call it. We are pretty much all rock bands,” Joe explains. “A lot of alternative music has become more poppy or much more electronic. I think there’s hopefully a lot of new fans to be made. You just want to play with bands that you are happy to see every night. We started playing shows with FOALS and they are a tremendous fucking live band.”

Silversun Pickups’ new album, ‘Better Nature’ (09.25.15; New Machine Recordings) is one the entire band is proud of. Four albums into their career, it is difficult to balance playing new music, mixing in band favorites, while still managing to get the more popular songs integrated into the setlist to please everybody at once.

“The new stuff has definitely been well received. People seem to really dig it. Brian counted at one point, and we have close to 70 songs now, so it’s always tricky, because there are ones that you have to play, because they are singles,” Lester said. “But there are always a whole bunch of album tracks that we want to throw in because we want to have a little from every record. It’s like ‘I wish we could play this song, but it’s just not going to fit because we have these two songs which are doing the same thing.’ You just can’t play them all.”

Despite having three critically acclaimed and commercially successful albums to their credit before entering the studio to make ‘Better Nature,‘ Joe insists that, due in part to putting the new album out on their own record label, that they didn’t have to enter the studio with the bar set too terribly high.

“There’s never really any pressure, other than the pressure you put on yourself,” he said. “Nobody needs another Silversun record. Unless it’s something we are proud of, there’s no point in doing it.”

Perhaps another reason the band felt so little pressure is because they knew they were in great hands with legendary producer Jacknife Lee, who has worked with everyone from The Cars to Taylor Swift; U2 to One Direction, and plenty in between.

“He’s a mad man in the best sense of the word. He’s a ferociously creative dude. His approach to recording is a lot less linear than the sort of traditional ways of doing it,” Joe stated. “Traditionally, you would do a lot of pre-production, get the songs rehearsed, then go in and do all the drums for every song, then do all the bass, then do all the guitars and yadda, yadda, yadda. It just keeps everyone on their toes and engaged, because everybody is working on the same song at the same time. It’s just a much more free way of working.”

With long, grueling tours, months away from home, and a decade plus of recording and touring together, what keeps Silversun Pickups’ passion and energy levels up?

“Nothing beats playing in front of people and getting instant gratification,” Lester said. “I think that, in it of itself, is pretty energizing.”

Silversun Pickups will headline House of Blues Cleveland on Monday, May 9 at. Complete show and ticket information can be found RIGHT HERE!