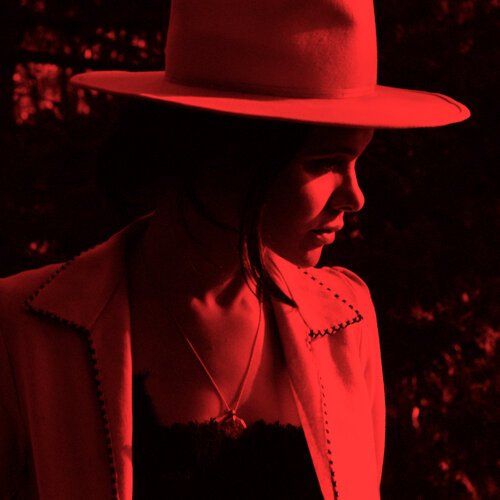 Ms. Suzanne Santo, a Los Angeles transplant by way of Parma and Strongsville, Ohio is navigating the “new normal” as well as any independent musician.

From an awesomely unique career that includes being one-half of Americana duo, Honeyhoney (alongside Ben Jaffe), touring in the bands of both Hozier and Butch Walker, a one-time signed artist to a record label co-owned by the actor that portrayed Jack Bauer on the hit FOX series, 24, friendship with Joe Rogan, a recent collaboration with Gary Clark Jr., acting credits that include Judging Amy and Medium, an impressive solo career, a warrior of the road…Suzanne is one of the hardest working women in the biz.

Santo MUST be Los Angeles’ most coveted bachelorette. (Just try and change my mind!)

She, like every other entertainer, has had to find a way to keep busy and still bring home some bacon while all venues across the country remain dark.

“The first couple of months were my ‘freak out’ months and then I got into a routine of just working on a bunch of different projects. I’ve been finishing up a record. I’ve been in and out of the studio,” Santo revealed. “I started recording it last July here in L.A. with my friend, John Spiker, who is an incredible producer, writer, multi-instrumentalist; you name it!”

[Fun fact: Spiker is also an Ohio native (Columbus) who showcases his civic pride with a tattoed outline of the Buckeye State on his arm!]

“It’s a work in progress,” she continued. “We keep going back and forth and the thing is, because of COVID, I keep writing and more songs keep getting added. We’re going to release a couple of singles in the next couple of months and gauge how this goes.”

“I wrote this song when I was in Ireland and I had a few days off from Hozier rehearsals. I rented a car and an Airbnb. I literally stayed on a third-generation sheep farm and my address was actually latitude and longitude coordinates; it didn’t’ even have an address,” she said with a laugh. “I had a few days in a beautiful cabin that was heated by a wood-burning fireplace. I had this realization that anytime I picked up my phone and scrolled on Instagram and Twitter, I would immediately get depressed and fall into these rabbit holes. I would get off the phone and I’d be angry. And I’d be like, ‘what the fuck is that?’ I realize the power of the media and social media, specifically, over our emotions, is detrimental. I had all of these emotions that weren’t mine but I was piggybacking on them subconsciously. It is out at such an important time when there are just flagrant emotions left and right and everyone is so intense. I don’t think we need to white-knuckle through this. I think you can find your own pace and coexist with the mania around us.“

Gary Clark Jr. is quite possibly one of the most sought after guitar shredders on the planet at the moment. Curious as to how Santo came to work with him?

“Gary is fascinating! He doesn’t forget anything. It’s so crazy. Anytime I would see him over the years at festivals I would always introduce myself again, but he would already remember me! It’s really such an honor,” Santo said. ” I just called Gary one day and I was like, ‘Gary, are you coming to L.A. anytime soon? Do you maybe want to play guitar on this song I wrote?’ He texted me back and said, ‘I don’t even need to listen to it! I’ll be there!'”

“But also, ‘FUCK YEAH!’ He was just so generous with his time and it just worked out,” Santo continued. “It was like a real dream.”

“It was lovely. Some of it is embarrassing because we definitely got incredibly inebriated,” she said proudly. “Joe is our friend. We haven’t seen each other in a longtime and it just turned into a raging party.”

Watch Suzanne and Gary on the Joe Rogan Experience!

“What’s nuts is that I thought that one with Gary was so long, but then when {Honeyhoney partner} Ben Jaffe and I went on, it was five hours,” she exclaimed. “It just flew by. They are both great.”