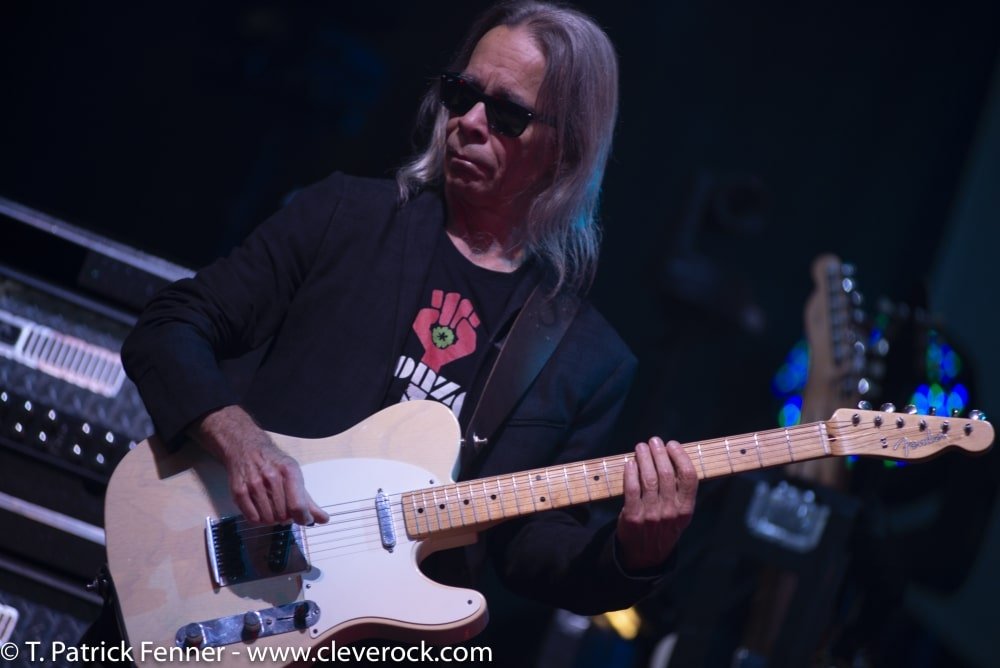 In addition to working on ‘Soul Pilgrimage,’ Reynolds performed a handful of solo shows from his home, broadcast via livestreams across his social networks. Each had a unique “theme” (for lack of a better term). Some acoustic; some electric; all incredible.

Reynolds’ faithful dog, Buster was always by his side! (A true fan favorite.)

One of the coolest things Tim has done recently is dive into the classical music realm. He recently posted a YouTube video of his acoustic guitar rendition of JS Bach’s ‘Courante from Cello Suite No 1 in G Major’

“I don’t crank classical music all day, but I love the Bach Cello Suites. They aren’t new to me. Many years ago I bought a cello and tried to learn to play it. I got just a little bit in and realized that this is one of the really deep instruments and that if you really want to be a cellist you really have to drop everything else. I just got far enough to learn what it feels like to play it and sustain notes and get that sound right. That was enough that got me learning other instruments that taught me different things that I can do with a guitar. I was all obsessed about the cello and then I also played violin for a while, so they got be obsessed with the violin things, but my favorite solo violin is Bach, the Sonatas and those things,” Reynolds said. “The other classical things I’ve been working is this piece by Beethoven. I bought a CD years back that was all his solo piano bits. The one that I remembered from childhood was ‘Moonlight Sonata.’ I spent a couple of months, I’m still working on it for solo guitar. It’s a real challenge because there are a lot of really low notes and really high notes on the piano so I’ve had to come up with a way to represent that on the guitar, with obviously not being able to put in the standard tuning or be fancy. Then I get to the very end and I realized the last note is too low so what I do when I play it for myself or if I ever play it out live, I always have an extra guitar that I just tune the low note on the guitar and it goes down. I play the C# on the other guitar. It’s just really cool. I guess I could play an electric seven string, but it’s slow sustained notes and it sounds beautiful on a six string. There’s always all these crazy chords that I had to figure out a lot of different cord shapes that I never had to do before. I put my hand through a lot of changes. I came up with Sonata and I tried to get it playable. I was going to make a YouTube video but I got so intimidated about making a video of it where I’m looking at myself, recording, playing, and there’s so much…where you make a mistake and you have to stop because you don’t want that to go down. So in that respect, it’s hard to make a video.”

Another cool video recorded by Reynolds? Check out this video of Peter Gabriel’s classic, “In Your Eyes,” which he debuted live on a tour with Matthews in 2017.