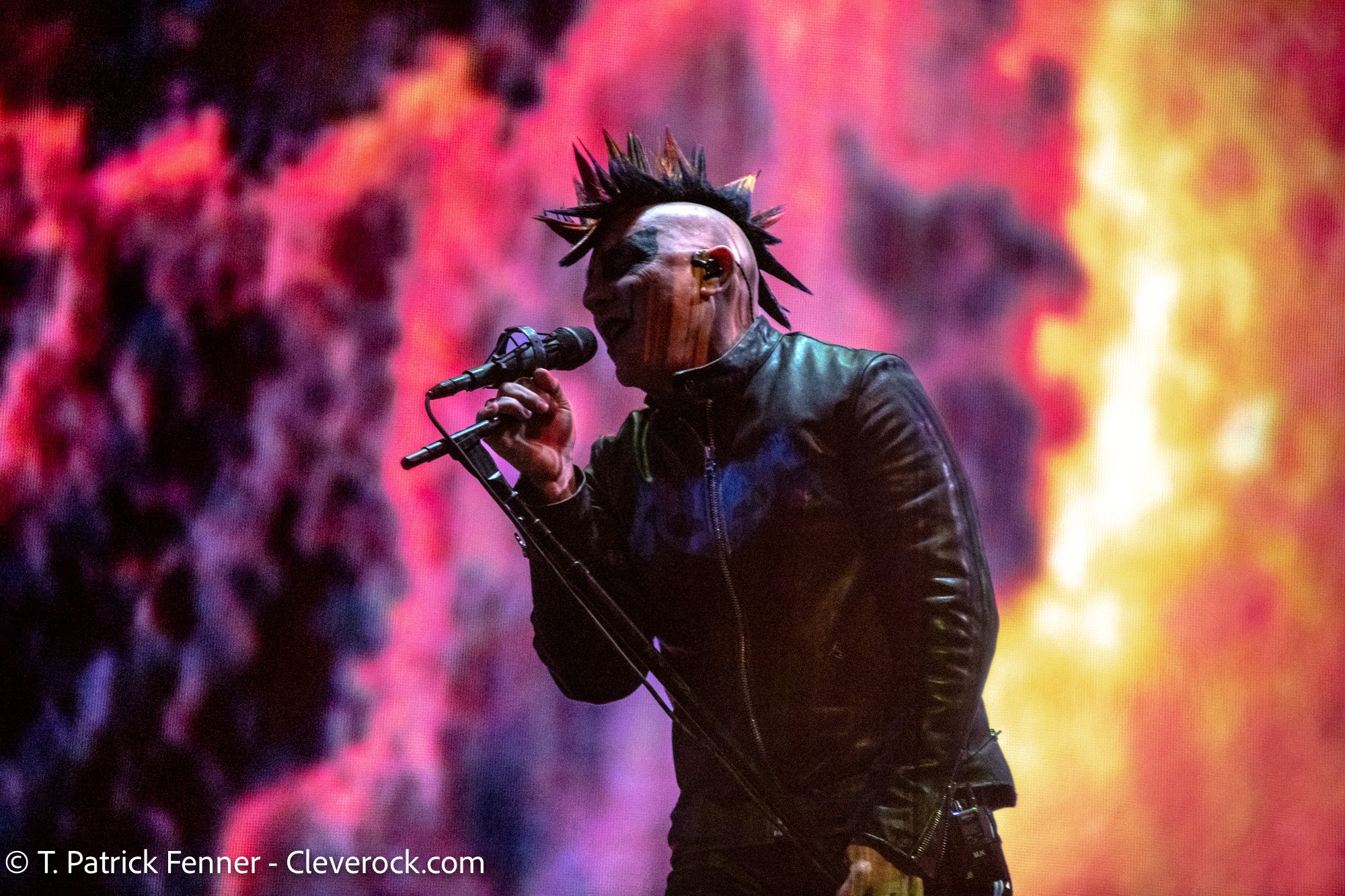 Tool closed out the current leg of their first tour since COVID at Rocket Mortgage FieldHouse on Sunday (March 20, 2022). The venue sits a mere 40 miles from frontman Maynard James Keenan’s city of origin, Ravenna, OH! He referenced being from “Akron” during the concert. Puzzling. Ravenna isn’t even in the same county and, taking a look at Wikipedia, Maynard is hands down the notable person with Ravenna roots, whereas he is competing with LeBron James and The Black Keys in Akron. I digress.

It was a point of pride for him to be playing a homecoming of sorts and he said he had higher expectations for his hometown fans.

Like their last time through town (pre-shutdown), Tool is supporting their 2019 release, ‘Fear Inoculum’ (now available as a $750 autographed collector’s vinyl). Their previous album, ‘10,000 Days,’ was released nearly 13 years before ‘Fear Inoculum.‘

Fans weren’t sure if they were going to be witnessing the same show as last time or whole new production. (Maynard certainly doesn’t have a reputation for being predictable!)

Once again opening with the title track to ‘Fear Inoculum.’ The 10+ minute overture kicked off the excitement of the night. As our country makes the long, slow, painful journey back to fewer COVID restrictions, to many, this was a feeling of a return to pre-pandemic times.

For anyone unsure if this show was going to be different, Tool busted into “Sober” as the second song on their setlist. Their 1993 hit from ‘Undertow’ first put the band on the mainstream map and continues to be a crowd-pleaser.

The setlist continued to surprise fans throughout the night. While the show was definitely heavy on ‘Fear Inoculum’ they played songs from all their full-release albums. “Pushit” was one of this writer’s personal favorites; a song I’ve enjoyed playing on my drumset at home but haven’t heard played live in over 10 years.

Speaking of drums, the best in the biz behind the kit, Danny Carey was a full-out Cleveland fan for a night. He wore Cavaliers’ forward Cedi Osman’s #6 Cavs jersey and shorts. He had everyone cheering before he even hit his snare. Don’t let his jersey choice fool you. Carey is not the Cedi Osman of drummers. Comparatively speaking, this dude is LeBron James!

The 60-year-old can still hold his own with anyone out there. His discipline and ability to replicate his complicated drum fills from the studio records is something drummers come to marvel at. He did not disappoint.

During the show, every member of the band came out center stage (including a reluctant MJK). The band played “Culling Voices,” (which was a tour debut) but also from what this writer can recall, a debut of Danny holding and playing the guitar (at least at a Cleveland show). Halfway through the song, he took his rightful throne behind the monstrous drum kit.

The rest of the band sounded on point, as always. It’s easy to forget how musically talented this band is when you also remember how silly they are. Maynard is known for his childish sense of humor and loves to interject that side of him on stage as well.

Be it is just a few jokes, his wardrobe, or the occasional prank, Maynard is no stranger to making himself laugh.

While on this tour, Maynard has changed up different ways to occupy his time during the track “Descending,” a song with no less than seven Maynard-free minutes. In Cleveland, the frontman decided that during his break, he was going to stop for a bite to eat. Crew members dressed as waiters brought out a table, chair, table cloth, candle, and flower for him to sit center stage. While the rest of the band continued playing, Maynard sat at the table, being denied service by the busy wait staff. He never did get to enjoy the breadsticks that were served to him.

Guitarist Adam Jones and Bassist Justin Chancellor make the sounds of five people between the two of them. Their ability to have off-focus between rhythm and solo is yet another way Tool stands out among the sea of average “Rock” bands. Never once cracking a smile the whole show, you could still tell both of them were having a great time on this last night of the tour.

A long-standing policy across all of Maynard’s projects, security is instructed to remove from the premises anyone who was caught taking a photo or video of the show. (They mean it, too! No joking around. No second chances.) This writer, a “live for the moment” kind of guy (albeit with photo credentials for the beginning of most concerts), certainly appreciates Maynard’s rule. It’s zero fun watching the show through the six-inch screen of the tall in front of me.

With energy (and phone use) at an all-time high, Tool closed the night (and their tour) in epic fashion.