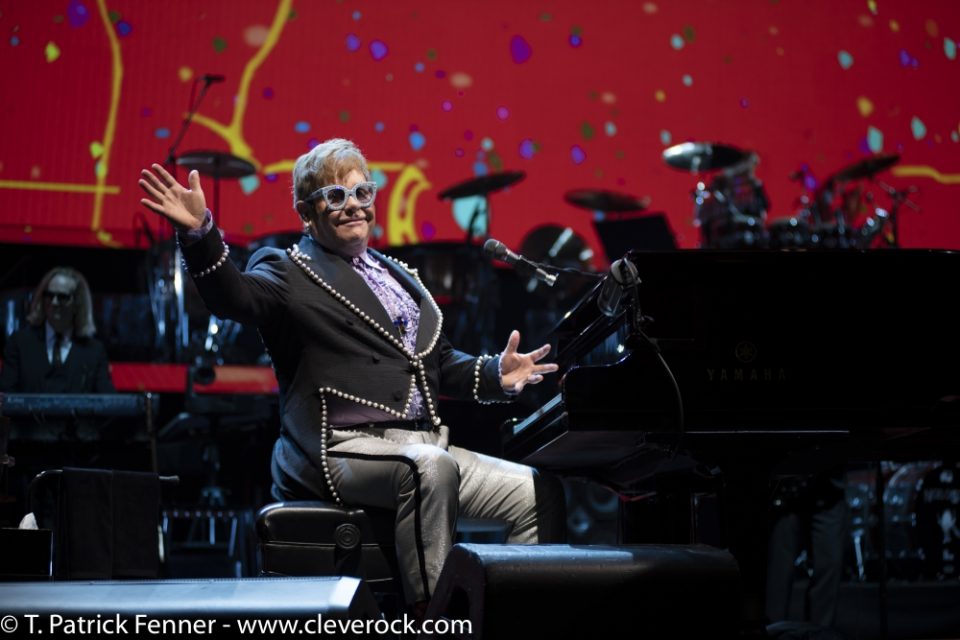 2018 had its ups and downs, but one thing that everyone can agree on is that it was quite a year for concerts in Cleveland! From stadium shows to farewell tours, 2018 was quite the year, and CleveRock staff were lucky to capture it! Here are our top show from the year that was!

P!nk opened up a much shorter concert season at the Q (due to the renovations occurring) with a truly spectacular show. Complete with dramatic outfit changes, songs old and new, and even an impressive aerial show, P!nk proved to everyone that she is still kicking it and isn’t going anywhere anytime soon.

Cleveland was lucky enough to get this spectacular show not once in 2018, but twice! Justin Timberlake brought his Man of the Woods Tour to Cleveland in March, and fans loved is so much that he came back in October. JT and the Tennessee Kids danced, sang and wowed fans on a spectacular stage that covered the entire floor of the Q, making fans wish he could come back a 3rd time.

Zac Brown Band is one of the biggest names in country! and after this show, it was clear why. Country shows at Blossom are a staple for many Clevelanders, and ZBB takes that experience to the next level. Since they recently announced a return to Cleveland this Summer, it ‘s clear they had just as much fun as the audience did that night.

I mean, what can’t you say about the highest grossing stadium tour of all time? The Reputation Stadium Tour was Taylor Swift’s first stadium tour, and she broke records all across the globe as fans rushed to see her ‘big reputation’ in person. The show featured a stage with two giant catwalks, impressive dance numbers, both a B and C stage and so so much more. The only question left to ask is: How will she top this next?!

Clevelanders were lucky to get a few visits from Dave Matthews this year, but the one in April was truly special. Dave Matthews played a solo gig at the Agora in support of gubernatorial candidate Dennis Kucinich. Seeing Dave in such a small, intimate venue was truly once in a lifetime, and everyone in the room was hoping that night would never end.

After 20 years Shania made her return to the stage, and boy was it a return to remember! Shania performed classics and new tunes alike, leaving fans praying another tour would be in the works soon. Despite some time between tours, Shania came back better than ever, and you could tell the stage was truly a second home to her.

Alright, so maybe it wasn’t actually the last Warped Tour because Kevin Lyman announced a few select days this summer (Cleveland being one of them!) But still! The “final” Warped Tour in Cleveland was one to remember. Full of the same shenanigans, crazy shows, and everything in between that makes Warped Tour so unique, this was a great way to close an incredible chapter…even if a new book is about to begin!

Do we really need to explain? Jay- Z and Beyoncé, of course, it was incredible! This power couple slayed all night performing solo tracks and duets, completely stunning the crowd with their flawless talents. Despite other major acts playing in Cleveland that night, Beyonce and Jay-z sang to a nearly sold out First Energy stadium, proving that she really is the Queen, and we are all her royal subjects.

Lynyrd Skynyrd is saying goodbye to touring, but they sure went out with a bang.  As one of a few quintessential American bands still left, Lynyrd Skynyrd has been a staple for decades. Having been able to speak with the band this summer, they said Cleveland will always have a special place in their hearts. The sold-out crowd that night proved the opposite to be true as well.

It’s Elton John. We’ll say it again: IT’S ELTON JOHN!  Elton is also saying goodbye to touring, but thank God he’s taking his time doing it.  His “Farewell: Yellow Brick Road” tour made its first of two stops in Cleveland.  Elton may have said goodbye in 2018 but will say his “final” (allegedly final, anyway) goodbye to Cleveland in November of 2019.  The knight and his all-star band put together the most amazing collection of songs and are showing the world that you can leave while still on top!

After seeing this talented duo play Nautica just a few short years ago, it was a real treat to Twenty One Pilots sell out a venue like The Q. The show was nearly a hometown show for the Columbus natives, making the energy in their performance even more electrifying than normal. Their dedicated fans, many clad in yellow duct tape (paying tribute to the group’s latest album), screamed and danced along to songs old and new, leaving the duo speechless at many points, and grateful that they could look cool in front of their families.

These shows are just a few of the incredible shows we attended in 2018, and we can’t wait for even more in 2019. Cleveland’s concert scene continues to grow, and we are thrilled to follow that journey and be a part of it! Cheers to 2019, friends!

Jared Leto of Thirty Seconds to Mars visits Rock Hall in his tour of ‘America!’