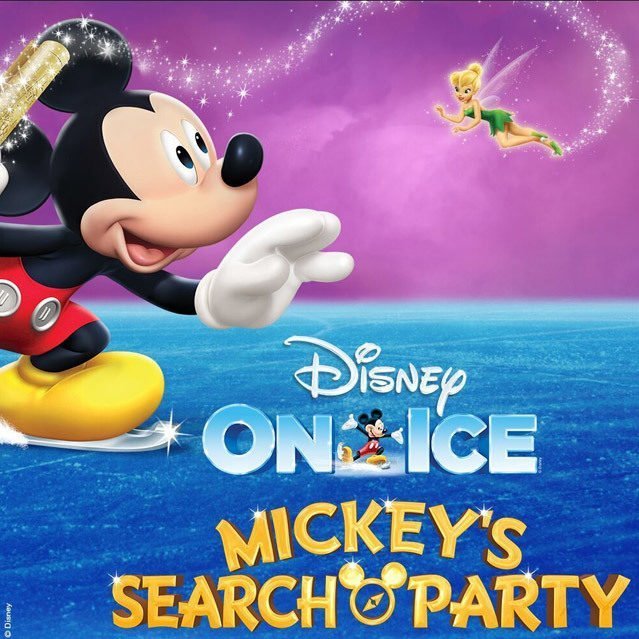 ‘Disney on Ice presents Mickey’s Search Party‘ will skate into Quicken Loans Arena on Friday, January 11 and remain in town with performances on select dates through Sunday, January 20. (COMPLETE DATES & TIMES CAN BE FOUND: RIGHT HERE!)

So, what exactly are Mickey and friends searching for?

Hmm…Maybe they are searching for former members of the long-running Disney Channel series, ‘The Mickey Mouse Club’? (I wonder whatever happened to former Mouseketeers Justin Timberlake or Britney Spears?) Perhaps they are searching for a time machine to travel back to the days when it was affordable to take a family to Disneyland.

No, neither one of these ridiculous hypotheses is correct! The search is on for beloved Disney character Tinker Bell after the villainous Captain Hook tries to steal her magic.

This year, show producer Feld Entertainment promises to bring”the magic closer to fans than ever before through dynamic and immersive moments that take place on the ice, in the air in the seats” and “leave families with memories that will last a lifetime.”

In addition to the crafty choreography by decorated performer-athletes that Disney on Ice fans become accustomed to throughout the years, this year will feature a more hi-tech production than any previous incarnation of the show, which will undoubtedly produce more smiles in the audience.

“We have brought the magic closer to guests than ever before by having the audience become an integral part of advancing the narrative as each story unfolds,” said Nicole Feld, Executive Vice President and Producer for Feld Entertainment. “We have pushed the action past the ice, expanding the stage beyond our traditional surface. The excitement will not only happen in front of fans but all around them with characters emerging from the stands in unexpected places for one-on-one delightful moments.”

This show will incorporate a diverse cast from a wide array of Disney classics including ‘The Little Mermaid,’ ‘Beauty and the Beast,’ and “Moana’ (among others), as well as the classic cast of Disney characters we all know and love!

Complete show and ticket information can be found on our calendar entry: RIGHT HERE!

‘Friends! The Musical Parody’ tour to stop at Cleveland’s Hilarities