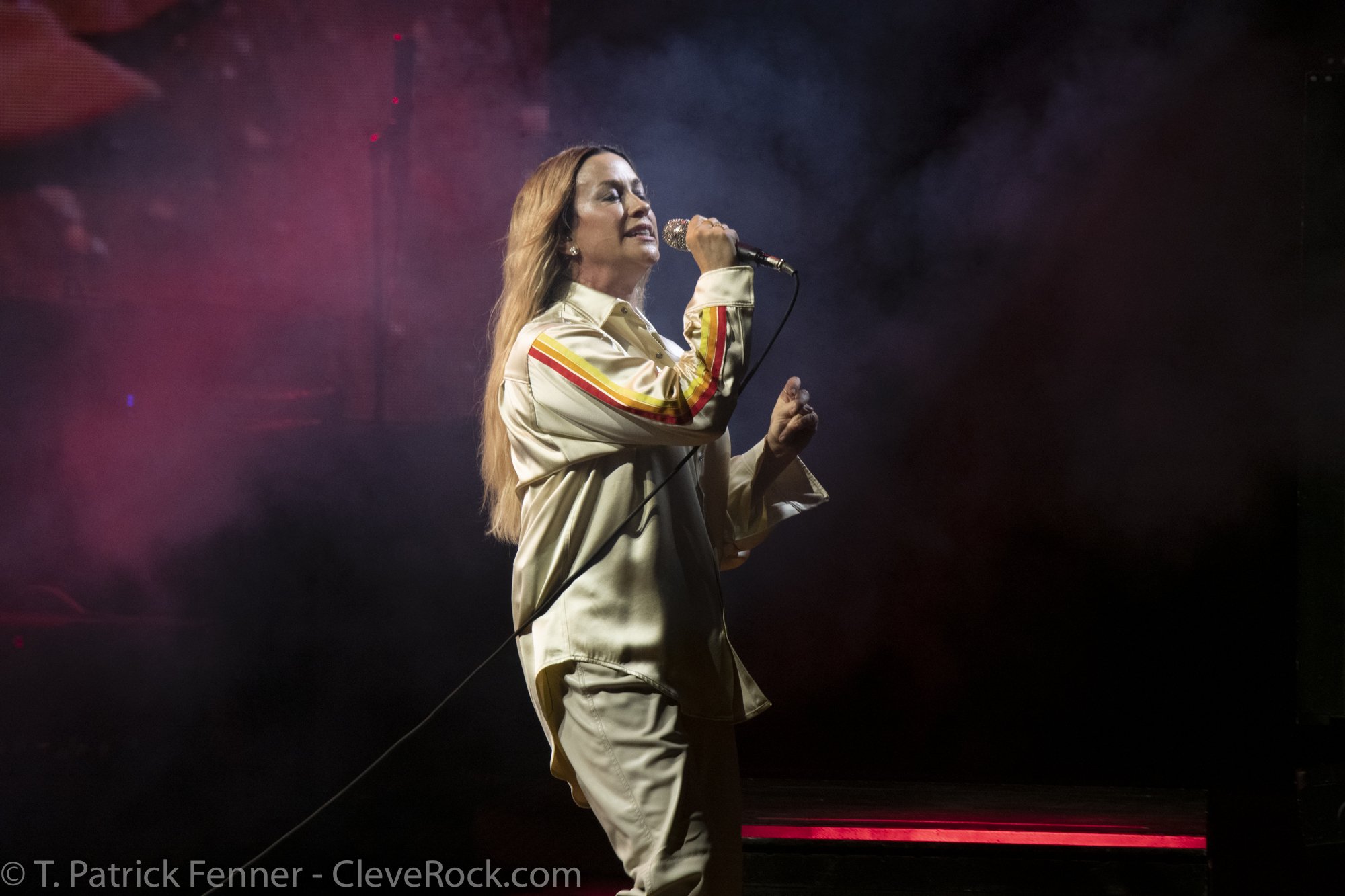 Alanis’ tour, initially scheduled for the 25th anniversary of the ‘Jagged Little Pill’ release year, was pushed back to 2021 due to COVID safety protocols. 25? 26? Who cares? I think back to sixth grade when this album came out and I would listen to Alanis’ hits between morning show bits on the radio while getting ready for school. Although some of the lyric content was too sophisticated for my 13-year-old brain to comprehend, the songs were still catchy and fun to sing along to.

Looking back at some of the best albums of 1995, how many of the albums (not the artists themselves, but albums as a body of work), could be supported by a major amphitheater tour in present day? Sure, I still love Smashing Pumpkins, Radiohead, and Red Hot Chili Peppers. Sure, all three acts could still pack the pavilion and overflow thousands upon thousands on to the Blossom lawn for a night. But, how many could celebrate a 25-year-old album release with the same prowess as Alanis? By my count: None.

After a 10-minute video clip showcasing Alanis’ storied career including SNL performances, music videos, film appearances, and behind the scenes footage from her personal life, Alanis strutted onstage, harmonica in hand, looking less like a 90s icon and more like the Ghost of Billie Eilish Future.

‘Jagged Little Pill’ was not played sequentially (as is frequently the format on album anniversary tours). Nonetheless, the show did begin with two JLP tracks, beginning the night with “All I Really Want” followed by the smash single “Hand In My Pocket,” a chart-topper that she co-wrote with super-producer Glen Ballard. The predominantly female audience applauded and sang along from the front row the back corners of the lawn.

Alanis has only one thing left to prove. ‘Jagged Little Pill’ scored five Grammy Awards, making her the youngest artist (age 21) to win Album of the Year. Her songs topped the charts for several years. The only lingering question is if her music and performing abilities stood the test of time. Tonight, Alanis roared with a resounding “YES!”

The show continued with the Canadian star weaving in and out of her celebrated album. Light on between-song banter, heavy on harmonica, heart full of gratitude, Alanis was a crowd-pleaser, through and through.

The 23-song set was highlighted by mid-set “Head Over Feet,” and the four-song banger at the end, which included “Ironic,” (ironically, a non-ironic song; not about irony), “You Oughta Know,’ “Uninvited,” and “Thank U.”

Shirley Manson fronted Garbage (who, oddly enough, dropped off the Cleveland stop of an Alanis Tour in 1998, causing quite the stink), continued to showcase the staying power of 90s alt-rock. Joined by her band that included Butch Vig on robo-drums…wait? THAT Butch Vig? The producer of the diamond-selling Nirvana album, ‘Nevermind’ ?? Yup, that’s him! (Just when you thought the night couldn’t be any more of a 90s celebration!)

Seeming to be genuinely excited to play in front of an enthusiastic audience and humbled by the warm welcome from the crowd, Manson and Co. ran through a 12-song set that included their three biggest hits, “When I Grow Up,” “I Think I’m Paranoid,” and set-closer “Only Happy When It Rains,” with a cover of Depeche Mode’s “Personal Jesus” sandwiched somewhere in the middle.

The music charts may have been male-dominant in the 90s, but don’t tell that to Morissette or Manson, both of whom defied the odds and became amongst the most successful of their time. And, more importantly, both Garbage and Alanis get it. This tour is time to celebrate the golden-era that was the mid 90s, not peddle new music to a captive audience.