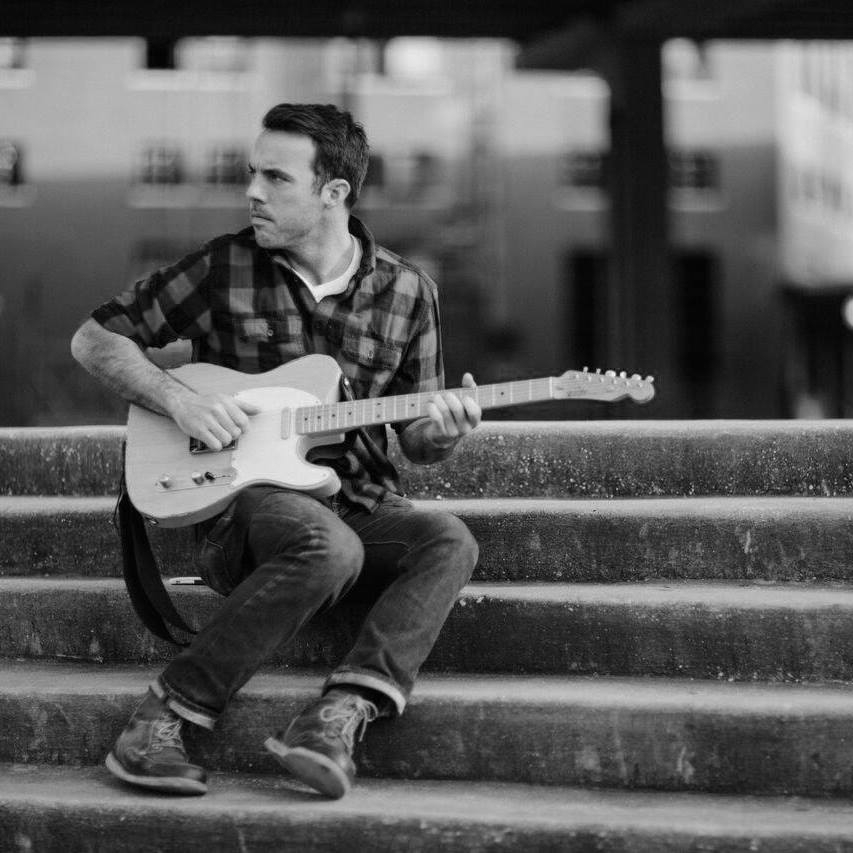 Lewis’ current trek is dubbed the ‘State I’m In Tour, Acoustic Songs & Stories.’ Danaher is the perfect pick for a tourmate. Although not perfectly paired stylistically, when it comes to songs & stories, Danaher has no shortage of either.

The 34-year-old Texas native and Lewis have more in common than one might think. They were both heavily influenced by Merle Haggard, both have a grandparent that served in World War II (and both Danaher and Lewis spent time staying with them in Vermont), and both have stories that will hurt one’s heart.

Ben’s most painful story might be familiar to some folks. His brother, Kelly Danaher, was murdered in 2010 by a neighbor who alleged he was playing music too loud at a party. A highly publicized trial followed during which the shooter was convicted in what was one of Texas’ first “stand your ground” law cases.

Two years later, Danaher lost his father to cancer. His dad was a fellow songwriter; a major influence personally and professionally. Still in his 20’s at this stage in his life, Ben had seen more pain than the luckiest among us experience in an entire lifetime.

It’s impossible to fully move on from such a tragedy. Nearly nine years after the fact, this writer still had to tiptoe and find the right words and ask the right questions about the healing process.

It is well documented that art, more specifically, music can be a powerful tool in one’s recovery, no matter the nature of the ailment.

“I feel like it’s vital for me to do that. After my brother was killed I moved to Nashville and I remember going into these co-writing sessions. There’s a songwriter who is a mentor of mine named Allen Shamblin, who gave me the advice to write from the deepest joy or the deepest sorrow and that I’d never be steered in the wrong direction,” Danaher said in a March 20 phone interview with CleveRock. “So when I get in there, I started gunning for the deepest thing and I found myself talking about certain aspects of the trial or whatever else happened with my brother’s murder for the first time in a co-write. I was like, ‘holy crap!’ I didn’t realize that I hadn’t processed it until I put it into music. It’s a way to cope, you know? It’s a way to give a little bit of yourself to other people to latch onto the same feelings.”

30 dates or so into his run with Lewis, Danaher has been sharing his story through his songs as he crisscrosses the country. In addition to creating art, another key element of recovery is sharing your story with others and hearing others’ similar stories in return. That opportunity has presented itself for Ben as he plays to new crowds each night.

“One of the most eye-opening things is that I’m playing these songs for people who don’t know me. I’m used to playing shows where either it’s my crowd or I have a lay of the land of who is there. These are brand new people that I’ve never met,” he said. “Some of the stories that people are bringing up to the merchandise table to share with me are unbelievable, talking about people they’ve lost and how much they connected with a song I wrote is so gratifying. It’s the littlest degree I was able to reach somebody and share a common bond with them through something that you just put down on paper, you know?

The tour has been quite the experience so far for Ben. It is not always easy for a lesser-known act to share a stage with a seasoned pro like Lewis, who has four platinum records to his credit. The challenge is the same every night: win over a new audience.

“I totally love Aaron and respect his music, but I didn’t know if what I did would line up with Staind or even the country stuff that he is doing,” Danaher said of his thoughts he had prior to the tour. “The first batch of shows we did in Texas. It was the same kind of thing. I was at 100-year-old theaters that were 1,500 – 2,000 seats, and people all just shut up and listened. It was goosebumps. For a songwriter to get that kind of a chance is what everyone is dreaming of. It’s been unbelievable.”

To earn the respect of Lewis’ fans night after night is remarkable. While Danaher and Lewis’ solo material both fall under the broad Americana umbrella, Lewis sounds a bit more traditional country than Danaher’s more diversified style.

“I spent my entire career trying to navigate between three lanes which have been Americana, Texas Country, and Modern Country. some elements in each lane for me, but sometimes there’s not; there’s no room for me,” Danaher explains.

Ben is on the road in support of his full-length debut album, ‘Still Feel Lucky,’ which dropped last September on Soundly Music. The result is 11 deeply personal tracks that reflect on the stories of his life leading up to the record’s release.

“When people ask me about the record, it was a period of time that was from my brother getting killed to basically when I put it out. So there are all the emotions that go into that,” Danaher said. “There’s a song about my niece, a song about my brother, a song about my dad; there are some relationship songs that are in there. I don’t know anybody that would have been able to hold down a real good relationship while all of that was going on. So all of it is a shit show, for lack of a better term.”

‘Still Feel Lucky’ seems like an odd title for an album written by someone who in recent years, had a brother the victim of senseless murder and his father, a victim of cancer. It was a detour of a summer spent in Vermont that helped Danaher gain a new perspective.

“The one thing that roped the whole thing together was that I was able to spend a summer with my grandmother and she was 93-years-old and living by herself in Vermont,” Ben recalled. “She served in World War II and basically all of her friends had passed away. I was drinking a lot and feeling sorry for myself and she would wake up every day and talk about how lucky she was and how if she had a chance to live her life again she would do it all over the same. That was really an eye-opening, front row seat to gratitude and to the notion that life moves on and you don’t have to be the things that have happened to you.”

Danaher is living his dream. He’s living in songwriter heaven in Nashville, put out a great debut album, and is on a sold-out tour with a multi-platinum recording artist. If only his dad and brother had the opportunity to see him reap the fruits of his labor…

“I think about them every time I get on the stage. Especially my dad. His dream was to be a singer-songwriter and some of the things that I’ve got to accomplish in my career have not been taken for granted,” Danaher said. “I know there is still a long way to go but I think about how bad I want to call them and tell them what I’ve gotten to do. It’s interesting, you know? I think they would be very proud and it makes me emotional when people mention that. “

Ben Danaher will perform at the Akron Civic Theatre on Friday, March 29, supporting Aaron Lewis. Complete show and ticket information can be found on our calendar: RIGHT HERE!

Disney On Ice Skates Into Cleveland