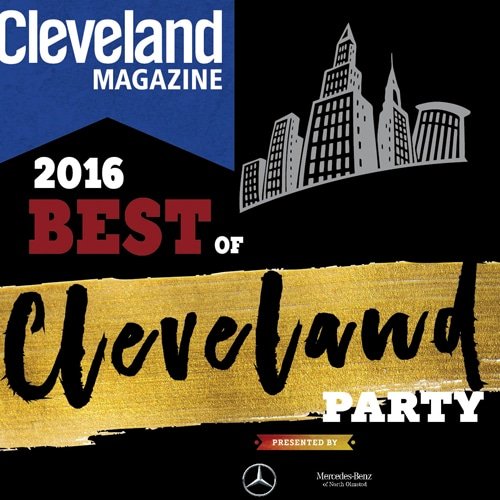 Cleveland Magazine will once again host their annual ‘Best of Cleveland’ party at Public Hall. Now in year number 11, the party showcases the best that Cleveland has to offer, from food, to shopping,

A full list of this year’s participating winners can be found RIGHT HERE!

In honor of Cleveland being the city of Champions in 2016, Cleveland Magazine will be presenting championship rings to all ‘Best Of’ winners.

The event features food sampling from many of the Best of Cleveland winners, dancing and yes, drinking. The $150 VIP ticket gets you an open bar, while those purchasing the $75 ticket receive two free drink tickets. $40 tickets are available, but you need to buy your own drinks.

But, remember, you are drinking for the kids! Proceeds from the event benefit Breakthrough Schools, the highest-rated network of free, public charter schools in Cleveland, Ohio. Their nationally recognized program of schools was formed in 2010 by three of the highest-performing, non-selective, college preparatory and urban public charter schools in Cleveland (Citizens Academy, E Prep, and The Intergenerational School).

Tickets can be purchased RIGHT HERE!

JOHN MELLENCAMP FAN DAY, SEPTEMBER 29, TO INCLUDE IN PERSON APPEARANCE