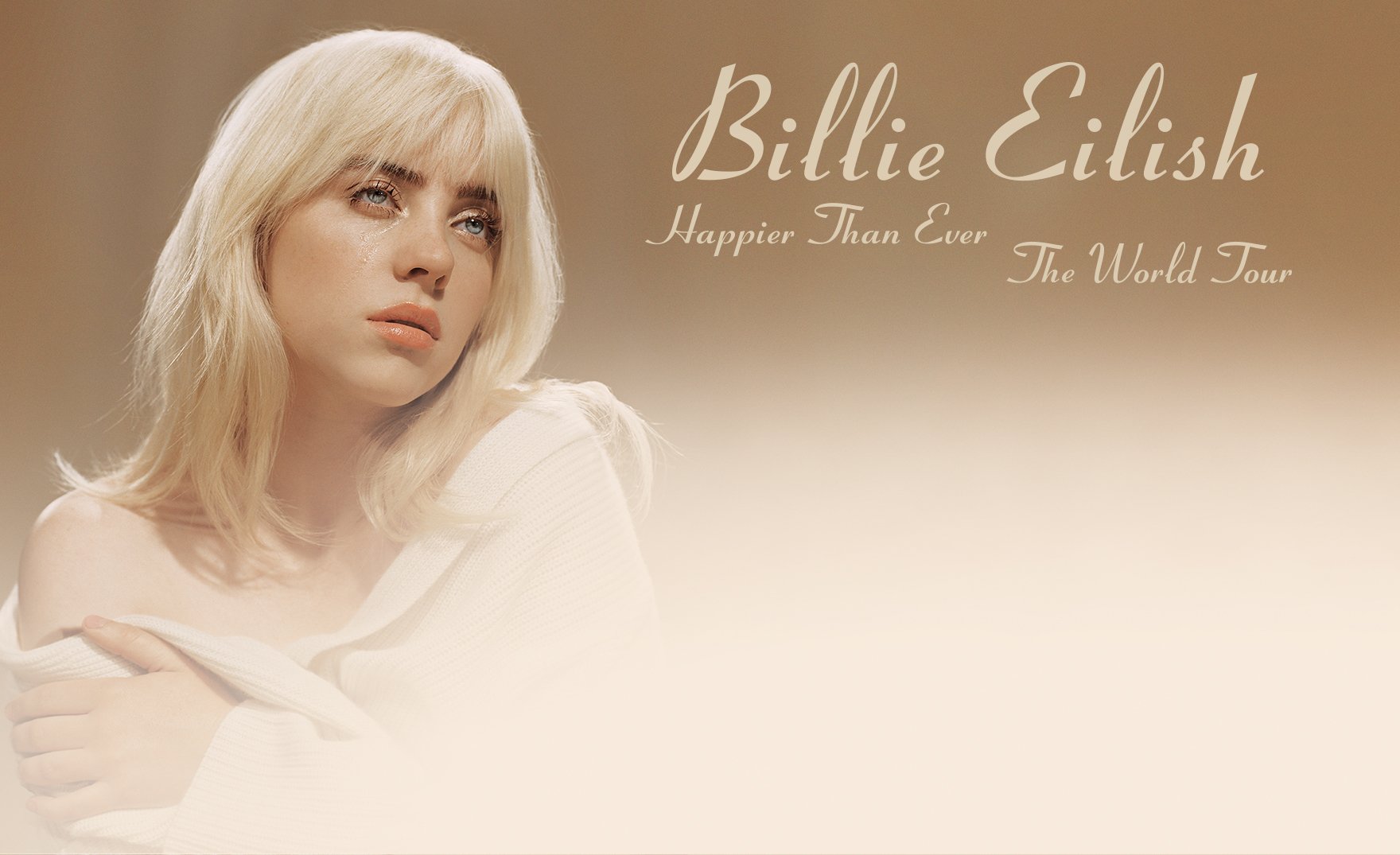 “Happier Than Ever” doesn’t even begin to describe the look on Billie Eilish’s face as she took the stage on a chilly winter evening in Pittsburgh. The 20-year-old was beaming as fans chanted her name and cheered as she sprung (literally) out of the floor and landed on the stage as the bass dropped to her hit song “bad guy.”

Eilish throws her whole self into every performance – and after her “When We All Fall Asleep, Where Do We Go?” tour was abruptly canceled after only a few shows back when the COVID-19 pandemic started, it was clear she was ready to bring the best possible shows to fans.

And by throws we mean really “throws” – only four songs into her set, Eilish began cackling hysterically and revealed her knee caps were bleeding profusely. “Why do I bleed so much from my knees?!” she laughed. “Do you see I’ve got like eight Band-Aids on my knees? Oh my god. that’s so stupid!”

Eilish made up for her previously canceled tour by playing a wide array of songs from both her debut album and her latest release “Happier Than Ever.” From upbeat dance tracks like “Therefore I Am,” “my strange addiction” and “you should see me in a crown” to slower vibes like “idontwannabeyouanymore” and “ilomilo” the first half of the show really showcased the diverse sound Billie’s music encapsulates.

The show slowed down and Billie took a seat next to her musical partner and brother, Finneas. They both played acoustic guitars for the song “Your Power” and Billie’s isolated vocals without and backtrack or added instruments left fans breathless. Watching Billie and Finneas play just the two of them, it’s clear they have a bond as musicians, siblings, and best friends. Billie finished the acoustic portion of the show playing “Male Fantasy” by herself on an acoustic guitar, showing she is more than a 20-year-old singer, but a truly talented and well-rounded artist.

After a quick run to a small second stage on the back of the floor, Billie threw it back to a few of the first songs she released. “bellyache” and “ocean eyes” were sung from a small platform that extended out over the crowd and raised and lowered. The platform, while not only being a cool asset to the show, gave Eilish a chance to smile and wave and see the faces of even more fans. She was beaming as they shrieked with the excitement of being just a bit closer to their idol.

The show ended as fans hoped it would – with two of Billie’s biggest hit songs. Fans jumped along with her to “bad guy” as strobe lights flashed. Her final song, “Happier Than Ever” from her latest chart-topping album was cathartic to experience lines. The song blew up on the internet for it as fans dreamt of who they’d scream the lyrics, “I’d never treat me this shitty / You made me hate this city” in the face of. The live experience of it did not disappoint and it’s safe to say everyone left with a smile on their face and a hoarse voice from screaming along.

At just 20 years old, Billie Eilish has so much room to grow as an artist, but even if she stayed exactly how she is I don’t think anyone would be disappointed. She loves her fans, writes incredible music with Finneas, and puts on a truly unforgettable live show. Even if she left a little blood on the stage.