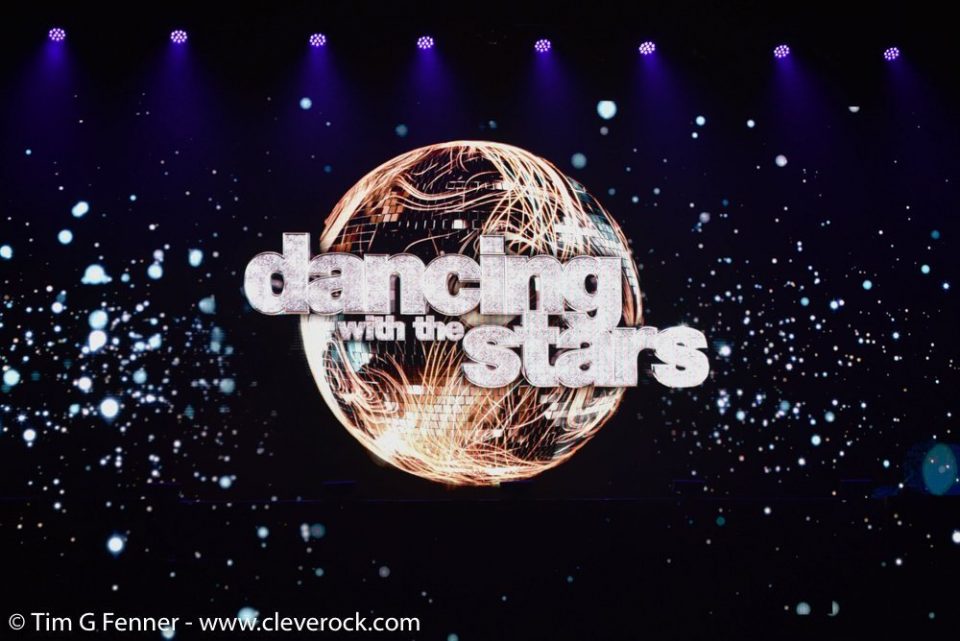 Whether you’re a fan of the TV show or you’ve never even seen it, you’ll be awed and entertained at the Dancing with the Stars tour.  Flawless dancing and non-stop energy thrilled the Northeast Ohio audience for nearly two hours, covering a wide variety of musical numbers. Songs ranged from love ballads from Michael Bublé, Broadway show-stoppers like “Hey, Big Spender,” and, of course, samba and salsa numbers.

The show included a fascinating display by the dazzling screen-projected “sets,” which included cityscapes of New York and Las Vegas.  The set designers’ use of bright colors, intricate geometric patterns, and tracking spotlights enhanced the choreography and showcased the dancers’ talents.  Numerous costume changes added to the glamour and glitz.

Fans of the show would enjoy seeing clips from some of their favorite moments from the past reason.  The clips of the show’s stars and their interactions with one another, explaining their history, revealing their romances, and adding a few laughs.

As this show is rare and only comes after the end of a television season of Dancing with the Stars, you will have to be patient until it comes by again.  But anyone who appreciates the artistry and athleticism of professional dancers, enhanced by awesome set design will be in for a treat.