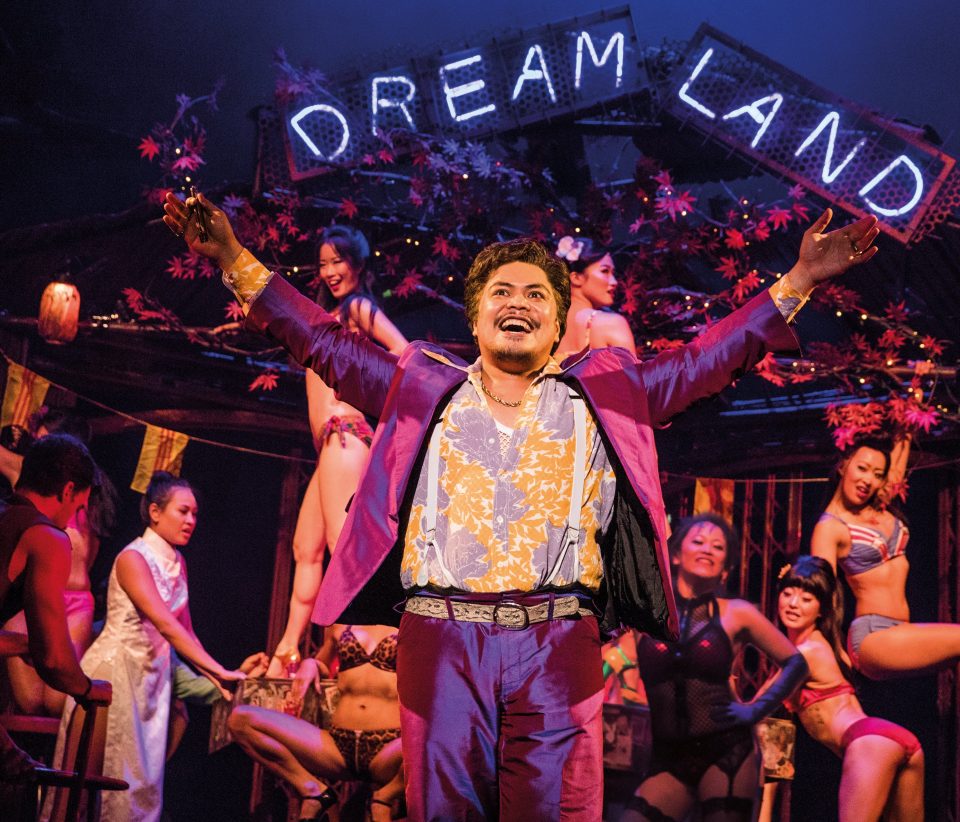 Playhouse Square’s KeyBank Broadway Series is back with a bang, welcoming the timeless story of Miss Saigon. Featuring the music of Claude-Michel Schönberg, (the mind that brought us Les Miserables) with lyrics from Alain Boublil and Richard Maltby Jr, the show debuted in London in 1989 before opening on Broadway in 1991, eventually becoming one of New York City’s longest-running plays.

The play was originally inspired from a single photograph Schönberg accidentally saw in a magazine that closely depicted much of the core of this play.

Set in 1975, Miss Saigon tells the story of a young Vietnamese woman named Kim (Emily Bautista), living in Saigon during the heat of the Vietnam War. In a bar run by a notorious character known only as ‘The Engineer’ (Red Concepción), Kim meets an American G.I named Chris (Anthony Festa). This meeting, perhaps mundane on the surface, changes both characters’ lives forever. The story follows Kim and Chris through their fast-paced romance, capturing every twist, every turn; every bump in the road along the way.

Director Laurence Connor has put together a stunning spectacle for both first-time viewers or theater patrons falling in love with the show all over again.

The production sincludes a sensational cast of 42 members and a soaring score including hits like “Last Night of the World,” “The Movie in My Mind,” and “The Heat is On in Saigon.”