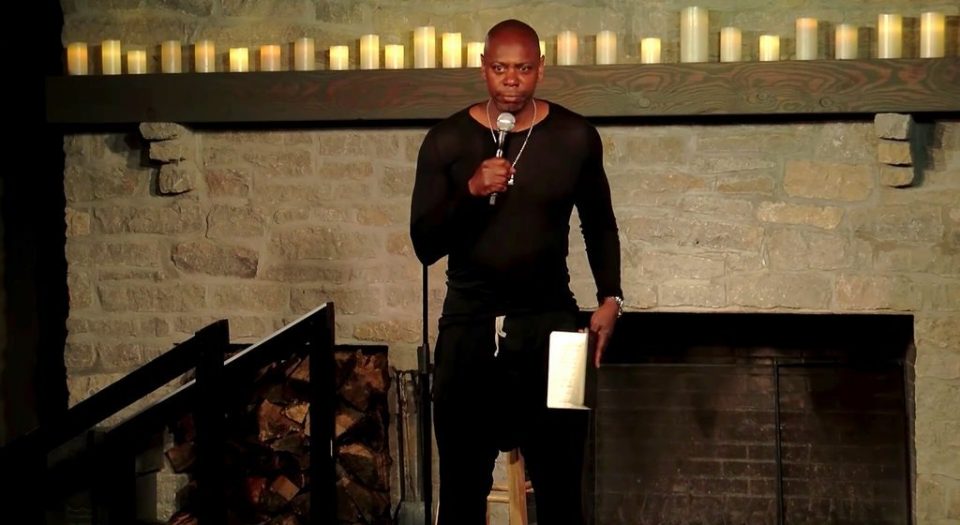 My grandfather died over a decade ago. At his funeral, the traditional hymn, “Great Is Thy Faithfulness” was sung by those who turned out to pay respects. Oddly enough, whoever made the program accidentally typed “Thou changest not, cornfields of passion, they fail not.” (For heathens unfamiliar with the hymn, “cornfields of passion” should have read “thy compassions,” instead.)

The congregation soldiered through and sang the misprinted lyrics. I chuckled out loud; others followed. Soon enough, the collective laughter drowned out the hymn itself. For a brief moment, my mourning was turned into laughing. It is exactly what I needed to get through a confusing and difficult time.

Fast forward to 2020 (a year my grandfather is lucky to have skipped out on), I have twice found myself in a literal cornfield of passion in the unassuming, beautiful, quaint town of Yellow Springs, Ohio. Yellow springs is a hip town with a population of 4,000 and possibly one of Ohio’s better-kept secrets where one of the most successful comedians of all time, Mr. Dave Chappelle, spent parts of his summers after his parents split. It is home to the Wirrig Pavilion, owned by Yellow Springs resident, Steve Wirrig. The pavilion, more commonly used for small, private gatherings such as weddings, is situated between cornfields and a Christmas Tree farm and this summer, has been transformed into the aforementioned cornfield of passion.

One cannot find a more passionate comedian than Chappelle, who has made running a cornfield comedy club labor of love this summer. He has regular passionate guests (Michelle Wolf, Mo Amer, and Donnell Rawlings), surprise guests that have included passionate performers including (but not limited to) Sarah Silverman, David Letterman, Chris Rock, Jon Stewart, Louis CK, among others. Passionate musical performances from Common, Talib Kweli, and Erykah Badu have been sprinkled throughout these shows’ run. The gigs also include nightly track spinning from DJ Trauma, Chappelle’s tour companion who oozes with, you guessed it, passion.

But perhaps equally as passionate as all of the above is the 350-ish (by this writer’s best estimate) comedy fans willing to part with a few hundred dollars for a pair of tickets to experience an intimate night of laughter. A crowd is starved for live entertainment because, in these odd times where there are no concerts, movie theaters are shuttered, and most comedy clubs remain closed or at best, limited.

A cornfield of passion, indeed!

Safety is crucial during a pandemic. The staff who put on these shows receive nothing short of an A+ rating for the attention to detail put into their efforts. All performers, staff, and even VIP’s are subject to daily COVID testing. While attendees do not need to take a test, social distancing is properly enforced in a polite and professional manner by security. Temperature checks and the use of hand sanitizer is required for anyone entering the venue. Masks are required at all times except when eating or drinking. (Spiffy asks with Chappelle’s logo and ‘2020’ are included in the price of admissions.)

The best part of the safety measures? Tickets are sold only in pairs and two seats are grouped together with more than six feet of space between pairs of seats. Forget social distancing for a minute (although let’s not forget how important that is), anyone who has attended one of these shows who regularly attends seated live events can testify as to how great this. Nobody crawling over you to go to the bathroom or the concession stands; no loud talkers who won’t shut the hell up during the show, no sitting in close proximity with someone who has body odor, bad breath, or reeking of cigarette smoke; nobody spilling beer on your shoes; and, while not important to most people, this fatassed writer enjoys not squeezing between armrests with my gut spilling out on to my neighbors. I could absolutely get used to these seating arrangements.

My first time at Camp Chappelle (July 22) included Dave and his three aforementioned regulars (Wolf, Amer; Rawlings) with no additional guests. It would be a lie to say a slight bit of disappointment didn’t slip in briefly. Then, I remembered what Chappelle said to start the show:

“I used to be one of the most successful comedians in the world. Now I’m performing in a cornfield and I’m lucky to be here,” he said while smoking a cigarette.

Guests? No guests? I’m lucky to be here, too. In addition, with no added performers, Chappelle, who serves as the master of ceremonies, had all the more time to bless the crowd with his second-to-none bits and still have time at the end of the night to describe Chuck Berry’s sex tape.

A brief but heavy rainfall occurred during Wolf’s set. Afterward, Chappelle reappeared and joked, “I prayed for the rain to hold off tonight but I do have ponchos available for 20 dollars at the merch table. The lord works in mysterious ways sometimes.”

Wolf talked about her recently-bought scooter, Amer went on a hilarious, long-winded rant about COVID, while Rawlings voiced his love for the river life.

No specific jokes and minimal subject matter are repeated in this article out of respect for the performers and those planning to attend that have not done so already. More importantly, the delivery of these comics is so damn good that reading it in print on a mediocre website is a far cry from doing the performers’ talent justice. Also, several of the comedians used words that this writer dare not write in this article.

Between my first and second shows, Yellow Springs officials held a meeting to discuss if a variance to the venue’s zoning to allow the shows should continue; mainly out of concern to some neighbors who complained about the heavy bass and unusual traffic. The outpouring of testimony from Mr. Wirrig, Mo Amer, and countless fans voicing support was touching to Chappelle, who mentioned as much at the show this writer attended the following evening. No thanks to “Caller 77” and dozens of bozos who don’t know how to mute their own end of a phone conversation, the officials granted the variance and allowed the shows to continue through August 7. While the neighbors’ concerns should be validated and respected, the humor was not lost on Chappelle that one of the complainants’ first name was Karen. “Sometimes God knows best,” he joked.

The second night (August 7) one-upped my first show experience. All the ‘regular’ comics were on the bill, in addition to sets from Tiffany Haddish, Sarah Silverman, Louis CK; an awesomely odd appearance by a former favorite childhood star, Mr. Jaleel White (aka Steven Q. Urkel…remember him?) and a hip-hop number from Common and Talib Kweli to close the show. Aside from his opening 10 minutes, Chappelle’s stage time was significantly shorter due to the star-studded lineup.

To add to the night’s humor, as a “tribute’ to the neighbors who complained about the heavy bass, comics entered to country/oldies/barnyard music instead of the traditional hip-hop. Silverman did a little jig to Dolly Parton’s “Jolene,” while Rawlings complained his walk-on music “makes my dick soft.”

Chappelle did offer a sincere validation of the neighbors’ concerns at the end of the evening, which was immediately followed by heavy bass for the Common/Talib performance.

The first night’s cake had some SERIOUS icing. As the crowd moved to the parking lot, my buddy spotted Chappelle talking with DJ Trauma at the back of the stage. We meandered towards the front to get a better look. Moments later, Chappelle mosied towards the front of the pavilion to greet the dozen or so of us that had gathered at the bottom of the pavilion steps. He dropped his stage persona, gave out a few fistbumps (including one to this writer), and offered his sincere thanks for being “brave” to come and see the “new normal.” Chappelle yelled “O-H” and was met with an enthusiastic “I-O” as he pounded his chest and raised his glass before disappearing into the night.

History did not repeat itself the second night. This writer once again wandered up next to the stage and moved to within earshot of Jaleel White. Surprisingly, the temptation to scream “Did I do that?” or “URRRRKKKELLL” did not come to fruition. Maybe maturity does come with age?

These shows are exactly what we need to get through a confusing and difficult time.

Traffic isn’t so bad when the crowd is so limited in size and soon after the shows ended we were on our way to Young’s Dairy to look for Fat Travis from Xenia.

For those looking for the latest info on the show, a fine fellow by the name of Jonathan Snyder founded the Dave Chappelle and Friends at Wirrig Pavilion – Fan Group! Though it has no official affiliation with the shows, it is a great resource for up-to-date ticket information, on-sale info, tips & tricks for attending, and more! And, PLEASE, as a personal plea, read the damn announcements and pinned posts and use the damn search function in the group for 99% of the answers to your questions. It is a friendly space, but not adhering to these simple pieces of advice may get you a (deserved) mean comment or two. (And, quit trying to sell your pairs of tickets. They are non-transferable!)

Smith & Myers at the drive-in