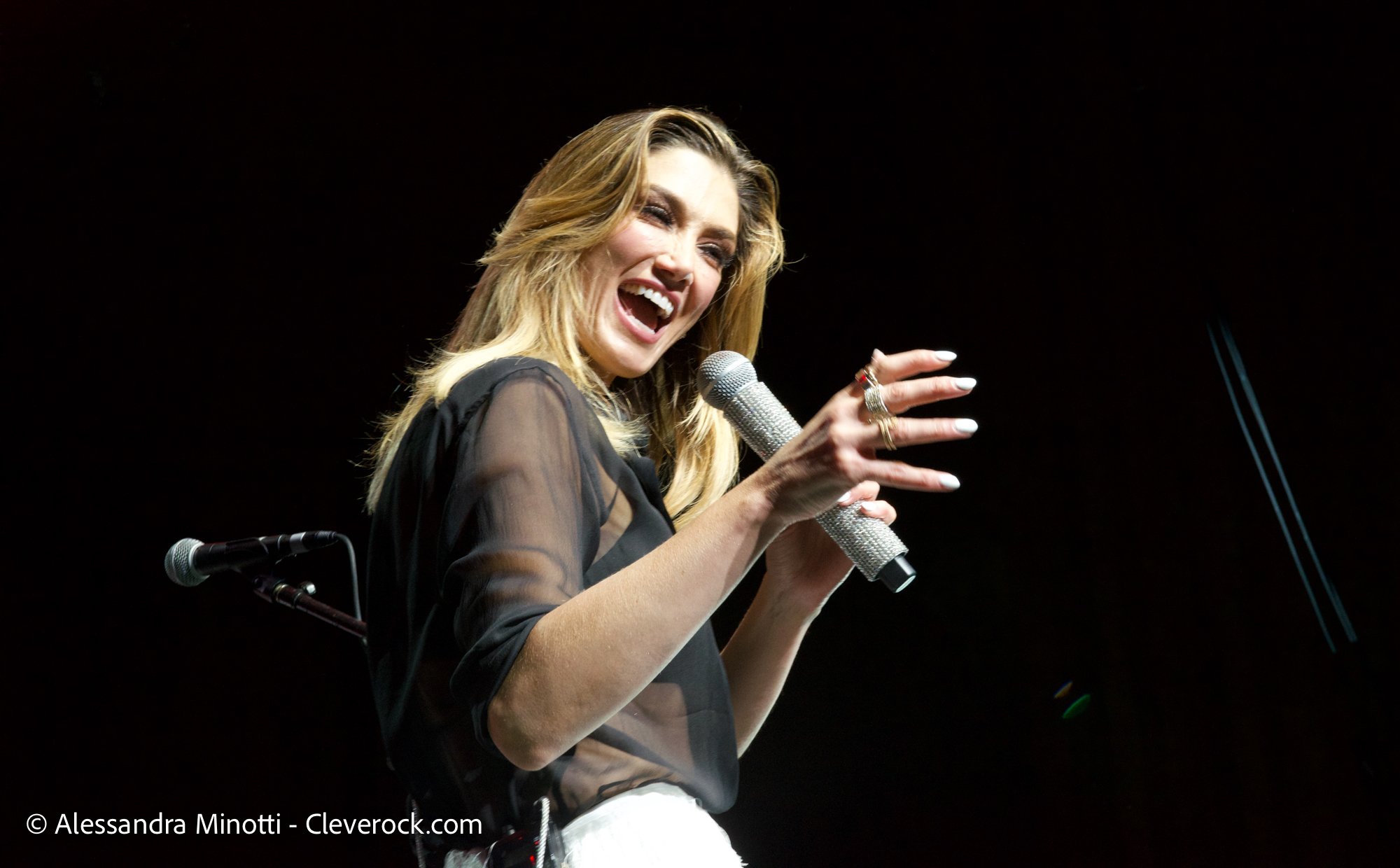 It was another day in the life of a music journalism outlet. An opportunity presented itself at the last minute (and, I mean, VERY last minute) to interview Australian MEGASTAR Delta Goodrem, who is currently on tour as direct support for Backstreet Boys.

Our team scrambled to find information about Ms. Goodrem’s background and find potential interview questions. Our most shocking discovery came quite quickly; learning that her debut sold more than 23 million copies in her native Australia (pretty impressive for a county with a population of 25 million). Turns out, we were fooled by the difference in Platinum status in the United States versus Australia. A Platinum Record in Australia is awarded for sales of 70,000; as opposed to one million copies Stateside. After our team had a good laugh about our error, we still stood incredibly impressed to learn the album 2003’s ‘Innocent Eyes’ (released when Goodrem was only 15 years old), was still a platinum record using US measurements and was one of the highest-selling debut albums in Australian history. The album spent a record-breaking 29 weeks at #1 in Australia.

One of the best-selling artists of all time in her native land, Delta was asked about the differences between playing in her home country versus North America.

“The biggest difference, honestly, is that my music and all of those people sing-along [in Australia]. What I’ve seen here is that I’ll go to a city, someone will say ‘I heard your music all of my life. I’ve waited 10 or 15 years for you to come over,” she said. “I’ve been a coach on The Voice for nine years so to have people be like “I watch The Voice’ is pretty cool. People have been tuning in and saying hi throughout the years. I haven’t got to perform over here for a very long time.”

One commonality among girls 15 years of age in 2003 across all continents? Most were Backstreet Boys fans! Although already an accomplished artist in her early teen years, it has to be surreal being on the road with the legendary boy band.

“I think it’s just fantastic. Of course, I grew up loving Backstreet Boys. I’m a huge Backstreet Boys fan. I am here as a fan,” Goodrem exclaimed. “I am thrilled to be singing along to songs and knowing my voice gets tired from singing their songs after finishing my set. After my set, I come side-stage and watch the show myself. It’s lots of fun! I love seeing that all these crowds are coming out wanting to have a great night. Everyone is here to see the Backstreet Boys with their friends and have a great time. When I get to go out onstage I can see they are ready for a great night.”

Besides Backstreet Boys fandom in 2003, another international similarity is the dreaded COVID-19 that shut down the entertainment industry for longer than anyone could have ever imagined in 2020 + 2021. Goodrem had to postpone her Australian tour twice. Like all performers, she is happy to be back, earning a living, and doing what she loves.

“I think to see everybody feeling like we can be in concert again, it feels like that exact energy to have a great time. It feels so fantastic,” she said. “It feels even better than prior to the pandemic. We had to move due to lockdowns and restrictions. When we finally got to perform, it was great. We all want to have joy in our lives. That’s what I’m noticing in all of the shows.”

As for the early entry into the music industry? Goodrem can’t imagine it any other way.

“I don’t know any different way. That was my path. I started very, very young and I think if that I was to go back and speak to my 15-year-old self I’d say, ‘It gets better,'” she reflects. “I had hits at a very young age in Australia and different parts of the world. To have the freedom as you get older, and you just enjoy it and have fun and do what you love with good people and with kind intentions.“

Lastly, as a judge/coach on the Australian edition of the popular television series, The Voice, Goodrem was asked what advice she would give to aspiring young artists.