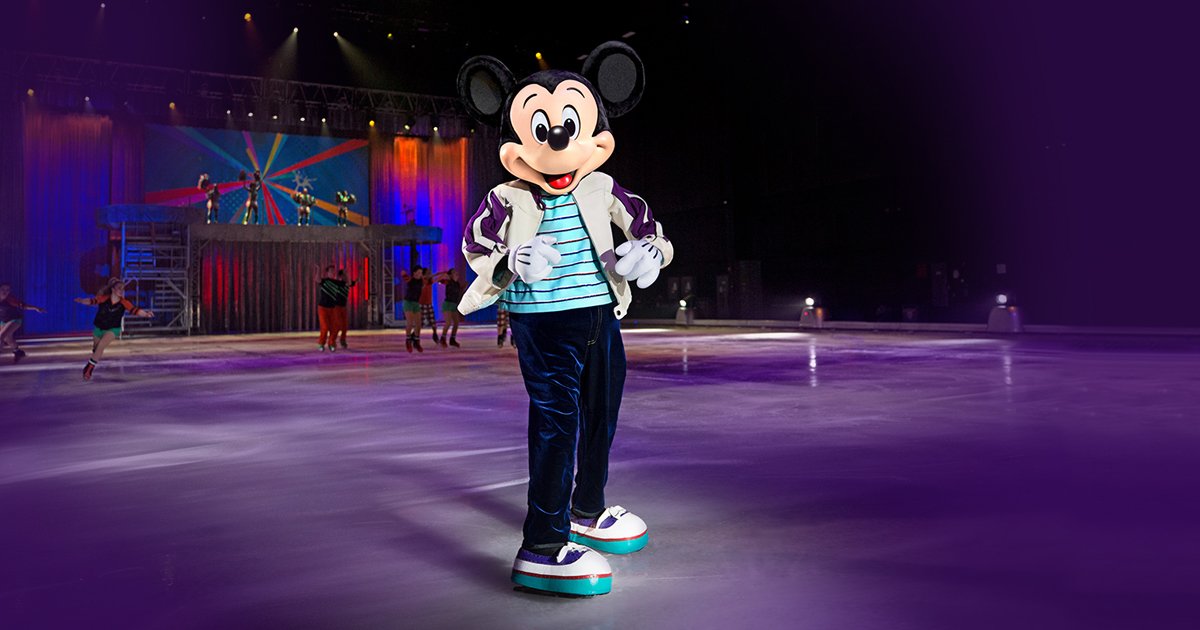 One of this preview writer’s most favorite childhood memories was attending Disney On Ice each year at the Richfield Coliseum. ‘The Palace On the Prarie’ was demolished long ago, but the tradition lives on in Cleveland, where ‘Disney On Ice Presents Mickey and Friends’ will run on select dates from January 7 – 16 (2022). The show will follow Mickey through the “ultimate journey down memory lane,” as he looks to corner his favorite memory.

Skater/performer China Quinn, who plays Cinderella in the production, phoned into CleveRock to discuss the show.

The 28-year-old California native, who attended Disney On Ice during her childhood years, explains the show, stating, “We get to follow Mickey’s memories through history. The goal is to find his favorite memory. We get to visit Woody and the whole Toy Story gang. We got to visit Dory, Marlin, and Nemo in an underwater adventure. We get to visit Olof, Elsa, and Kristoff. We get to visit the Pacific Islands with Mulan and Mali. Last but not least, we get to see pretty much every Disney princess you can think of. It’s pretty amazing.”

That sounds like fun! Growing up, Disney recreated their animated films (ie; Aladin and Beauty and the Beast ‘On Ice’), but this production allows fans to sample many of their favorite Disney characters in one show.

One of the great things about Disney On Ice is that “children of all ages” can enjoy the show. In this production, with a journey through so many different franchises, everyone can take away their own favorite moments. In a family of four, it’s unlikely any part of the show will be the most memorable for two of the same people.

Quinn was asked to share her favorite part of the production:

“We have a moment in the show where all of the princesses come out and it definitely is a top-five favorite moment for me. They are showcasing their different strengths in their stories,” she describes. “All of the kids get to yell when they see their favorite princess. Of course, Cinderella and Prince Charming get to have their own moment on the ice. It’s very sweet.”

Try, try, try again! Quinn wouldn’t reveal the ending (despite multiple attempts to get it out of her), except to say, “We get to choose what Mickey and Minnie wear for the grand finale. The crowd goes wild. It’s really fun.”

As for the goal of the show, does the audience ever get to find out what Mickey’s favorite memory is?

“Yes! We get to find that out at the end of the show. Everyone, clutch your pearls, we get to find out,” Quinn said with a laugh. “There’s a very special surprise at the end that, of course, I can’t fully disclose.”

While COVID is still very much present in the world, the United States, Ohio, and perhaps most prevalent in Cuyahoga County, we are so lucky to have entertainment mediums back in business. So many people are eager to gather again and be entertained for the first time in a long time.

The passion of Disney On Ice fans has reached new heights.

“Oh my gosh! The energy has skyrocketed. It’s incredible,” Quinn exclaimed. “We’ll go out there for the first show of the week, and sometimes there won’t be too many people, but it’s not even a factor anymore. They are so loud, they are so engaged; they are so excited. It’s such a blessing to be back. It’s great seeing the appreciation for the work we are putting in. It’s like nothing else.”

Naturally, China Quinn has a background in ice skating:

“I started skating at age six. It would have been at age five if I didn’t have to beg my mom for a year. She doesn’t like the cold. She let me do an eight-week class to get it out of my system. Unfortunately for my mom, that’s not what happened,” Quinn recalled. “I had been competing that entire time up until I retired and started performing in shows at 21. I started on cruise ships with shows and then I was doing a show in a theme park in California and thought that touring was off the table because I got married.”

As it turns out, touring was most certainly NOT off of the table. China’s husband, Patrick Quinn, is also part of the Disney On Ice family. This writer’s guess that the romance was “love at first ice” was incorrect!

“We didn’t meet through Disney On Ice. We lived 10 minutes away from each other our whole lives. We met at a mutual friend’s graduation party, having nothing to do with performing or entertainment or anything, which wasn’t expected,” she said. “He used to be a host on one of the other shows we did. Because he learned to skate during COVID, he is now skating in the show with me. I couldn’t do it without him. I don’t know how people do long-distance stuff. I’m grateful I don’t have to.”

Not surprisingly, China’s favorite part of touring with Disney On Ice:

“I’m going to be a little selfish here. I get to do this with my husband,” she says. “The memories we make are great. We’ll get to share with our kids once that happens. Hopefully, they’ll think we’re super cool. It is absolute magic.”

Disney on Ice runs runs from January 7 through 16 on select dates at Cleveland’s Rocket Mortgage FieldHouse. Complete show and ticket info can be found on our events calendar: RIGHT HERE!

The Head and the Heart