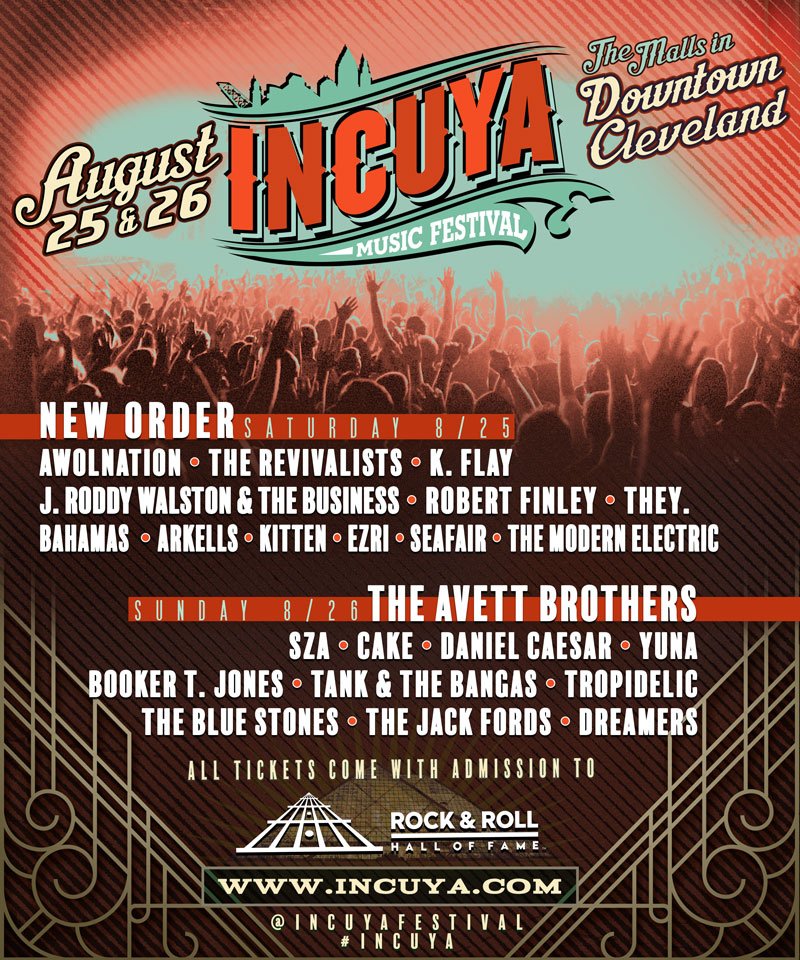 InCuya is one week from today. CleveRock.com has you covered with the five bands that are not to be missed!

Complete festival and ticket information can be found on our events calendar: RIGHT HERE!

Never seen them before? First of all, you are missing out BIG TIME. Second, you have no excuse not to see them at the festival. Avett Brothers alone are worth the price of the admission. The brothers (Scott and Seth) & CO. have yet to put out a bad album. They have released four official live releases, and dozens upon dozens of entire show are available for view on YouTube. These are excellent places to start for the uninitiated.

Having already completed their tour in support of their stellar 2016 release, ‘True Sadness,’ the band is sure to be digging deep into their extensive catalog to perform songs fans know and love.

Aaron Bruno fronted Awolnation, who sounds absolutely nothing like The Avett Brothers (or anyone else playing the festival for that matter) add great diversity to InCuya’s lineup!

Best known for their beyond-mega-hits “Sail” and “Run,” Awolnation puts on a damn good, high-energy set. This alt-rock/electropop outfit will have fans dancing and bouncing throughout the entire set.

Expect to hear cuts from the band’s recent studio album, ‘Here Come the Runts,’ which dropped earlier this year.

A personal pick of CleveRock editorial staff, Seafair is perhaps the best band in the incredible talented Cleveland music scene. After calling it quits in 2016, the band regrouped with a renewed energy in 2017. Either poorly or deliberately chosen, the band announced their comeback on April Fool’s Day, making fools out of the doubters that the reunion announcement was nothing but a prank.

Seafair has wowed Clevelander’s at major events including Brite Winter, Roar Along the Shore, and frequently gig around town. They are more than ready for the big stage at InCuya and it won’t be long before this great band is tackling even bigger festivals across the country.

One of several Cleveland-based bands on the InCuya docket, there’s no excuse NOT to check this band out. And, don’t forget to call them on your birthday for your very own lyric change. (And, if you do, please don’t tell them that we sent you!)