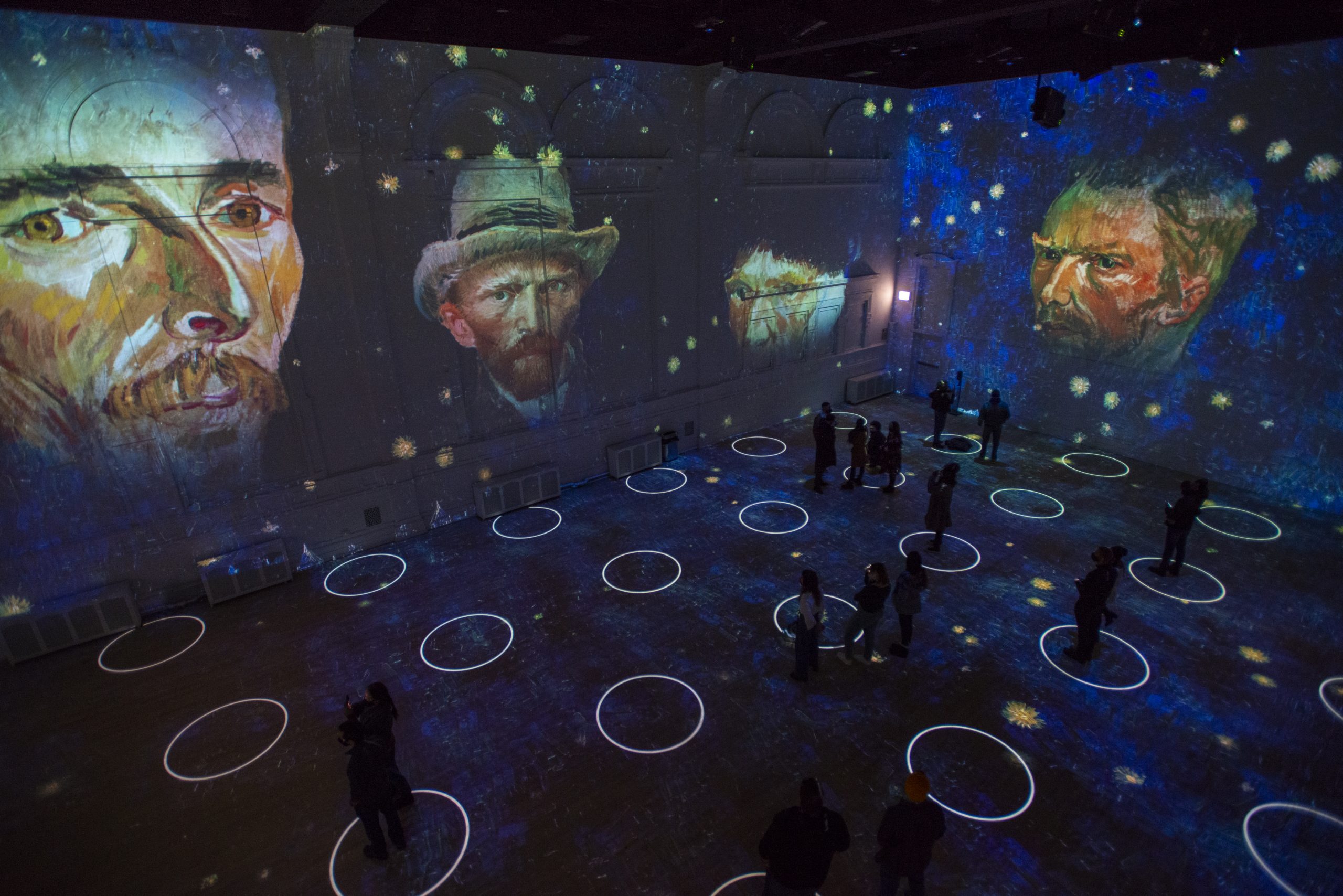 One of the most critically acclaimed art exhibitions in the world is making its way to Cleveland! After a slight delay, visitors can start to experience what Immersive Van Gogh is all about beginning on September 22! at Lighthouse Artspace, (850 E. 72nd Street in Cleveland). For those living under a rock or away from social media, the event is, as the name suggests, a completely immersive experience of the artwork of famed artist Vincent Van Gogh.

I spoke with producer Corey Ross about Immersive Van Gogh, beginning with his background and qualifications, as well as how he got involved in such a unique project.

“My background is theater producing and I’ve brought a number of shows to Cleveland. I’m based in Toronto and we typically bring shows to Toronto first and then take them out on the road,” Ross said. “I’ve brought a lot of shows to Playhouse Square and I know that you guys have a fabulous audience and fabulous public.“

Ross got his start in art when he worked as a producer on an exhibit of the artist Banksy in Toronto. The exhibit opened in 2018 and also had appeared in Chicago and Tokyo.

Ross explained, “That was sort of my first foray, but it wasn’t immersive; it wasn’t like what we’re doing with Van Gogh, but it was still taking the art and putting it on in an interesting location outside of a museum., In our case, it was an old ammunition factory in Toronto.”

The Bansky display became a big success. It also opened the door for a new demographic of audiences to enjoy art.

“We were finding people that were coming to see art that you wouldn’t typically see in an art gallery,” Ross noted. “It wasn’t that we weren’t getting the art gallery audience, but we were getting a much broader audience and that was very exciting and very successful for us.”

Ross got a phone call from a fellow producer in Toronto encouraging him to check out the Immersive Van Gogh exhibit in Paris. Initially, he was puzzled by the success that this attraction had in Europe. Why would someone want to see a replica of an image when they can visit some of the finest art museums in the world, including The Louvre?

When I saw it I understood immediately that it’s something completely different and it’s a new genre. It’s not a traditional art exhibit, although it has that element because you’re seeing Van Gogh’s paintings,” Ross explained. “Technically, it’s an animated film. What creator Massimiliano Siccardi does is he constructs the different pieces of Van Gogh and then animates them so that flowers flow in the wind and clouds fly overhead and stars twinkle. He put it into a stream of conscious narrative. It’s an art exhibit that meets animated film.”

Skeptics (including this writer’s sister) have asked the questions, “Why is this worth seeing? Isn’t this JUST projected Van Gogh? Why is this so special?”

Ross clarifies that there are all kinds of different ways to experience the art:

“It could be the next Mission Impossible film where you’re running through a warehouse with Tom Cruise, going over the same obstacles he is. It’s a workout meets film,” Ross said. “I’m particularly interested to see what music artists want to recreate, because they seem to be making a path to the exhibit right now. They are really interested in it. Live music and this visual projection is all going to come together and there’s going to be so much exciting stuff in the next few years.”

“Looking at this, just as a genre, my mind was blown. This was just so extraordinary that I think that this could be the future for art; it could be the future for film,” Ross speculates. “I think that the next step is an outpouring of artists that will have new and interesting ideas to spin off of this immersive concept and there’s going to be a wave and it’s going to so exciting to see.”

When Ross brought the show to North America, the creator and he decided that it might need some tweaking.

“The show that I saw in France is not the show that we’ve brought to America. I asked Massimiliano what he wanted to do, it could have been any artist, it didn’t have to be Van Gogh,” he said. “He said he wanted to do Van Gogh first because it was his biggest success in Europe. He was also inspired by Van Gogh as a child and he was a formative artist for him. But what he wanted to with Van Gogh was go beyond what he’d achieved in Paris and create something that’s quite emotional, psychological, and edgier than what he had done previously.”

The show has original soundtrack that is a major part of the overall experience.

“This is a full sensory experience. The music is a huge part of the show. The show has a full soundtrack that goes with it that’s composed by Luca Longobardi, and Luca has been a collaborator for many years with Massimiliano and the music is really what propels the experience as you go through it,” Ross explains. “It’s a combination of new pieces composed by Luca, classical music, and a few tunes that we all know that Luca has picked out. Luca’s task is to keep up with it musically. It’s an amazing collaboration”

Ross also noted that visitors leave Immersive Van Gogh are asking where to find the soundtrack. The music is now available on Spotify!