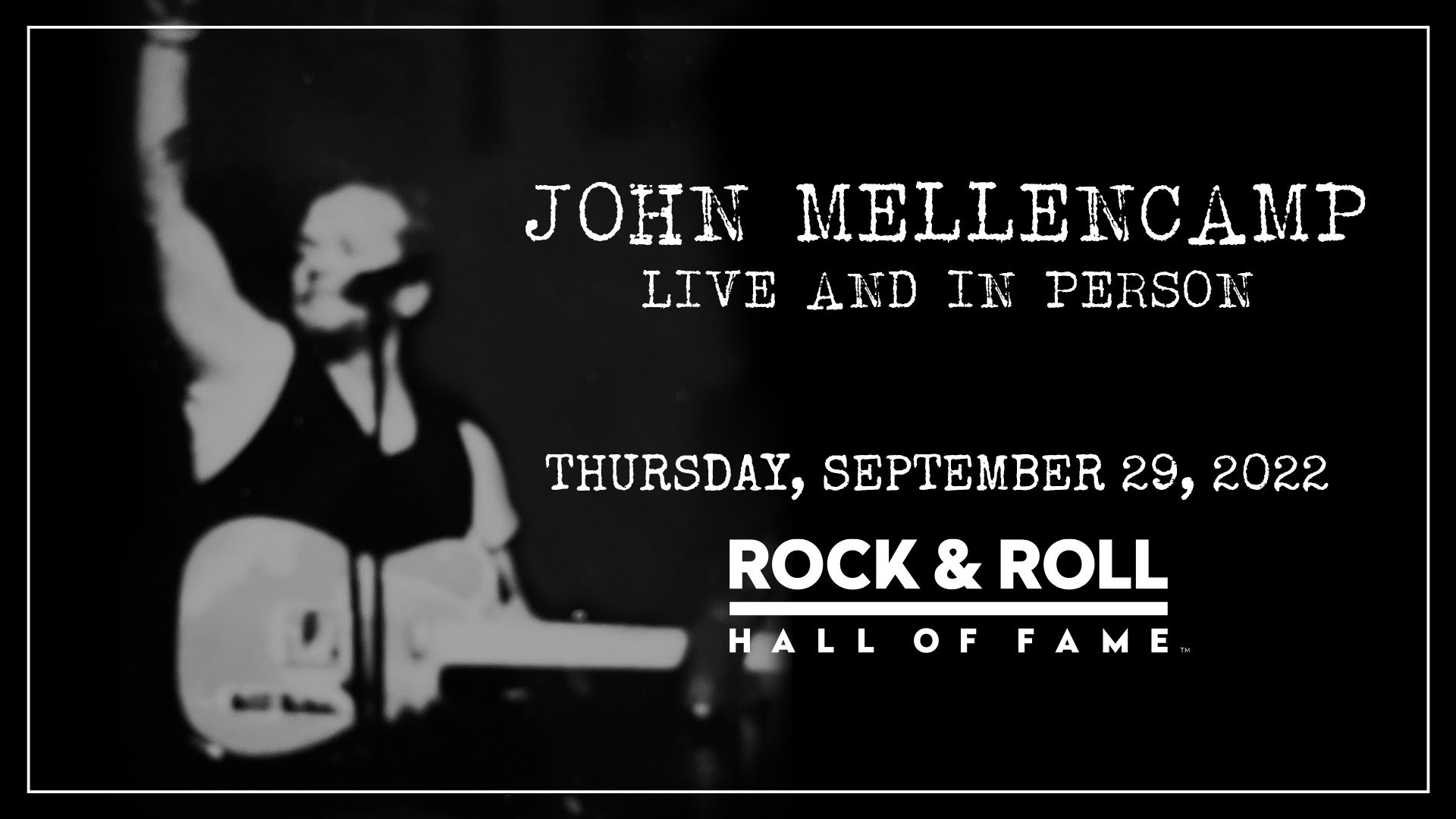 According to a statement from the Rock Hall, “Mellencamp will perform live onstage as part of a special live edition of “iHeartRadio ICONS with John Mellencamp” at the Rock & Roll Hall of Fame. Mellencamp will speak with iHeartMedia’s on air personality Jim Kerr about the new exhibit and a very special tour announcement. The performance and interview and will air at 5 p.m. EST on September 29 across select iHeartMedia Classic Rock, Adult Hits, Classic Hits and Variety stations nationwide.”

The event coincides with the opening of Mellencamp’s ‘Legends of Rock’ exhibit and MUCH MORE. Visit the Rock Hall’s official site for complete details.