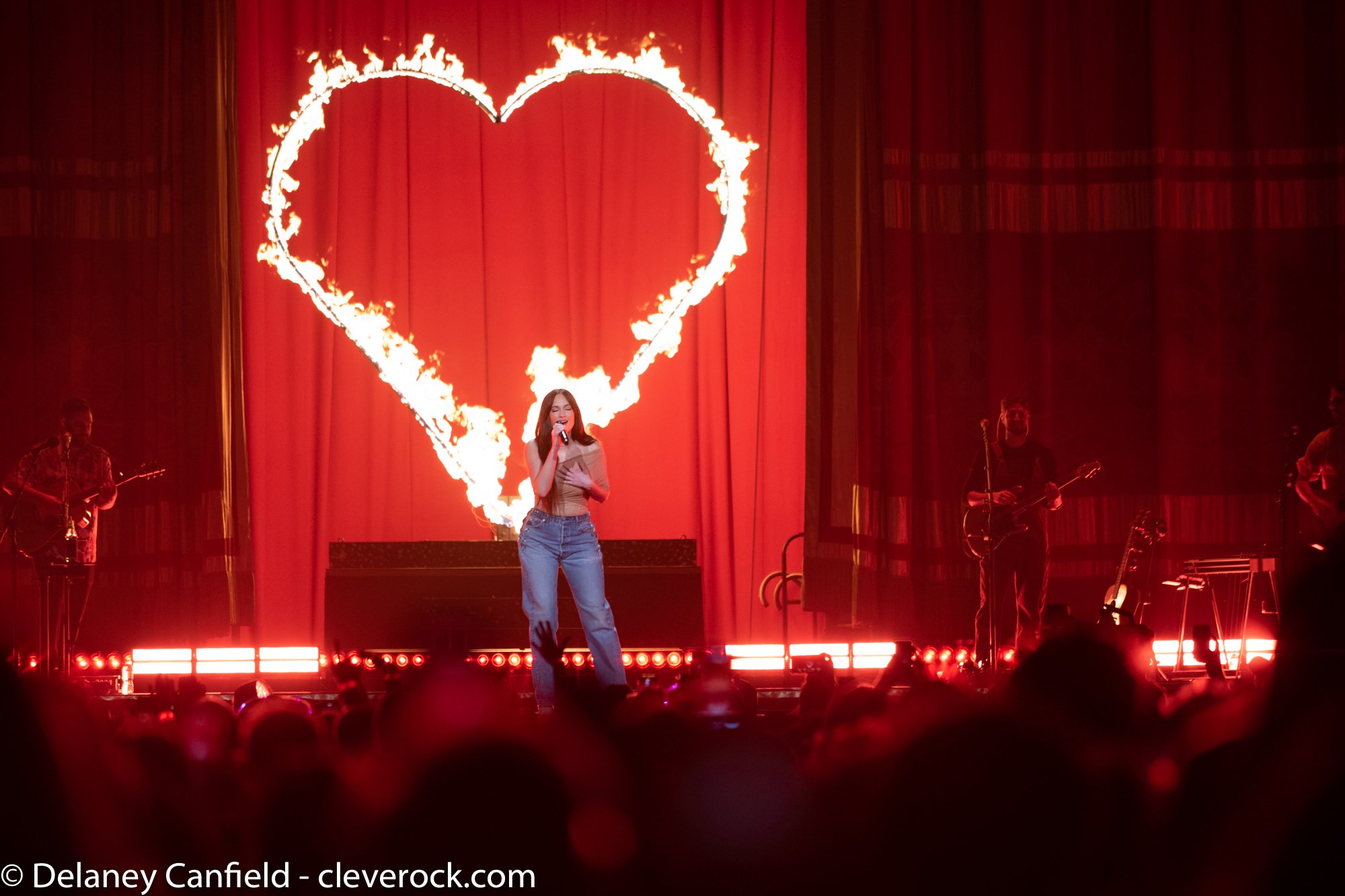 The first concert at Rocket Mortage Fieldhouse for 2022 took place last night (Sunday; 01.23.22) and Kacey Musgraves certainly started the year out with a bang. And, by bang, we mean confetti, rainbow lights, beautifully heartfelt songs, and quite a few light-up cowboy hats.

Musgraves certainly made a big jump in venue size since her last appearance in Cleveland in 2019 where she played to a nearly sold-out crowd at Jacobs Pavilion at Nautica. After her critically acclaimed album ‘Golden Hour’ won Album of the Year at the Grammy Awards in 2019, Musgraves was due for an upgrade.

Of course, a global pandemic and a January snowstorm may have stopped some fans from coming to the “Star-Crossed: Unveiled” tour, but the ones who did come came to party – and so did Musgraves. She revealed to fans she took an extra tequila shot before coming on stage. Fans supported this decision with thunderous applause.

Though Musgraves was confident, charming, and all-around amazing to watch on stage, the subject matter she serenaded fans about was far from lighthearted. ‘Star-crossed,’ the singer/songwriters’ September 2021 release, chronicles her journey through divorce and heartache. While fans danced and sang along to bops like “breadwinner” and “simple times” there were also tears shed during “camera roll” and “gracias a la vida.”

Despite touring with an album full of heavy emotions, the overall show was full of life. Musgraves laughed and talked with fans about her time spent in Cleveland (and the erroneous facts she read about herself at the Rock and Roll Hall of Fame) and encouraged everyone to sing so loud that “their ex in another state can hear you.”

The show was filled with stunning visuals to go along with Musgraves’ dreamy songs. During “cherry blossom,” flower petal-shaped confetti fell onto the crowd, and during her opening song “star-crossed” she stood proudly in front of a giant flaming heart. Upon entering the show, fans were given light-up bracelets that illuminated and changed colors throughout the performance, making the experience even more stunning.

Of course, Musgraves included some songs from past albums in the show as well. She performed “Merry Go ‘Round” acoustically, passionately belting the song that helped launch her career. Despite being a nine-year-old tune it felt like everyone in the room knew the words. She also included some songs from ‘Golden Hour”‘ into the show including “High Horse” and “Space Cowboy.”

The show was a great reminder of the very real emotions that come with being in love: happiness, sadness, nostalgia, heartache, lust, and everything in between. The entire show was captivating from start to finish, and it’s no doubt fans are eager to see what Musgraves does next.