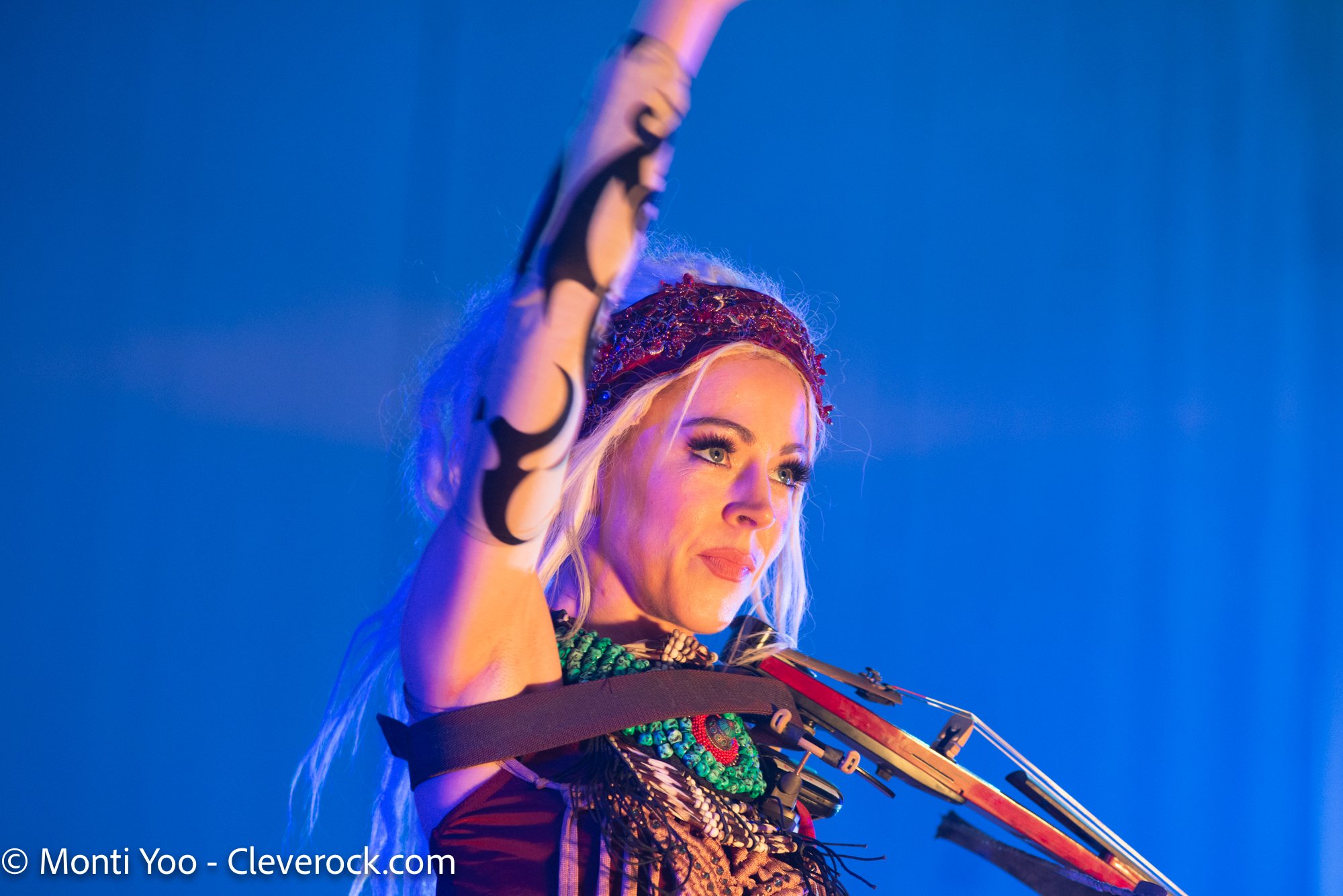 After her 2020 show was nixed by COVID last Summer (along with literally every other scheduled show), violinist and all-around-entertainer Lindsey Stirling delivered a fun and energetic experience along the Cuyahoga River at Jacobs Pavilion at Nautica this past Saturday (08.14.21). With no opening act to speak of, Stirling began her performance with her song “Artemis,” the namesake of her current tour. Lights followed her music crazy, fast lights with intense composition; slow, relaxed lights with breakdowns and outros – Lindsey amplifies the emotions that her music makes the audience feel.

Early in her set, Stirling told the audience a story: “Once I was invited to a peter pan themed party, but as I stepped halfway through the door in my pirate costume, I realized that I was the only person dressed up.” She knew she could either leave right then and there, with very few people noticing her outfit, or to go in with confidence and be herself. She chose the latter. Stirling truly believes that being oneself and not giving haters attention is important. The experience spawned a rather serious song, “The Only Pirate at the Party,” which reinforced her story.

Stirling’s unique personality is showcased throughout the performance. character is shown throughout her This gal is funny and spontaneous; she enjoys engaging with her audience. When she performed “Master of Tides,” she actually let the audience decide what happens with her dancers on stage during the song. For example, the audience had the choice to have the dancers “Pickpocket Lindsey” (of course, the audience chose this), or “Adventure,” which involved different sequences of dances to portray a crew of pirates at sea.

Cleveland is apparently home to some funny stories of Lindsey. She shared with the audience that “Several times ago when we were here, I was telling a sad story. I think the audience saw it coming, but a boat honked very loud in the middle of my story; it scared me half to death”. (A rite of passage for performers on the Nautica stage!)

In her performances, she spins several times and dances as she is playing her violin, but from Lindsey, “That’s not just me spinning, that’s me checking my six for big boats”.

Another story Lindsey shared is that, “Mid-performance, I looked up at the spotlight, and saw that it was on top of a tower that had a ladder. At that moment I decided I was going to climb that tower after the show. So, I did. I was up there enjoying my achievement until all of a sudden all of the venue security, a policeman, and a very angry tour manager were yelling ‘Lindsey! Get Down Here!’’. (Her tour crew still makes fun of her for it to this day!)

Lindsey loves to entertain, and, with her well-honed abilities and high praise from fans, why wouldn’t she?

During her performance of a mashup of “Married Life / Once Upon a Dream / A Dream is a Wish Your Heart Makes / / You’ve Got A Friend In Me”, she had a small dog, Luna, run across stage with a big balloon attached to her. The Audience laughed and enjoyed one of the evening’s highlights, while Lindsey and her keyboardist were still focused on performing the song

Lindsey, on her Artemis Tour, has shown how important it is to interact with the audience and how lights can make a huge difference in a performance. To be able to dance (performing complex moves too, not just easy ones!), play violin, while controlling her facial expressions is an incredibly difficult task, nevertheless Lindsey makes it look effortless and fun.